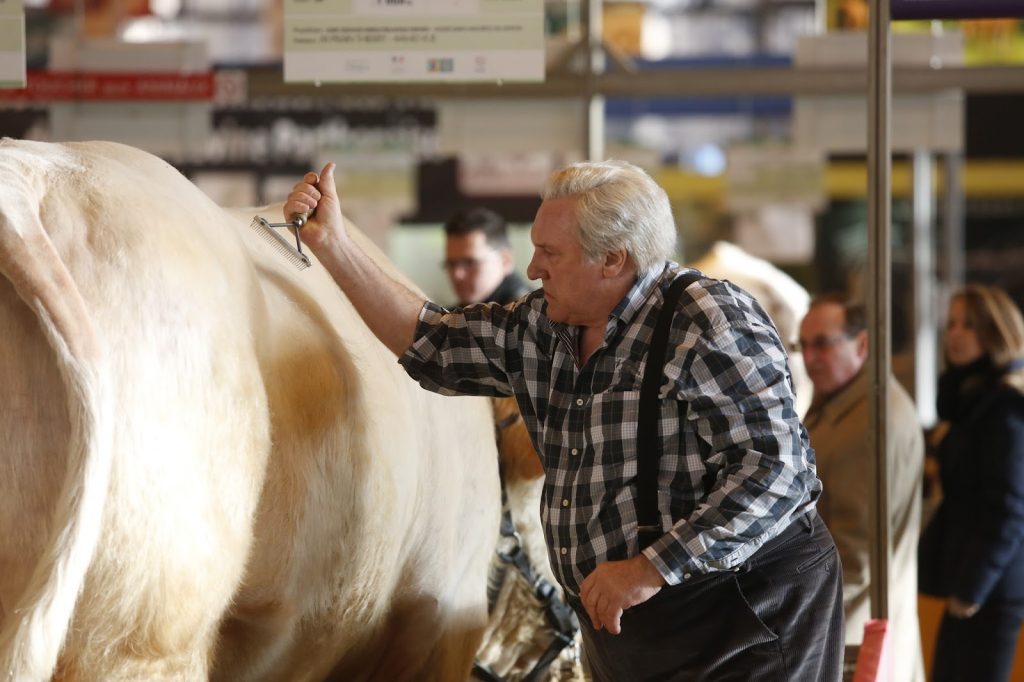 The first of two new Gerard Depardieu films to play the Edinburgh International Film Festival this year is Saint Amour, a gentle comedy-drama from writer-directors Benoît Delépine and Gustave Kervern.

Delépine and Kervern’s narrative delivers light sentimentality in its exploration of Jean and Bruno’s fractured relationship. Jean is a tightly-wound widow who dreams of winning farm festival competitions with his prized bull, whilst fifty-something Bruno feels more comfortable downing a bottle of wine and publicly humiliating himself than working on the farm. The pair have a strained, difficult relationship with Jean further stressed by Bruno’s reluctance to take over the family farm. It’s no surprise that Saint Amour takes the odd couple route as it sends this eccentric country pair out onto the road with street smart taxi driver Mike who is endlessly frustrated by the “hillbillies.”

There is a certain sweetness in the bond between the pair and Delépine and Kervern’s narrative quietly brings them together as their relationship strengthens throughout the journey. Like this sentimentality, the humour in Saint Amour is similarly light and never surpasses anything above slightly amusing. Bruno’s failure to understand the opposite sex is a key humour point and many of Saint Amour’s gags attempt to explore the ‘mystery’ of the female sex shown in comic set pieces involving a sexually-charged estate agent and a strange subplot involving a woman’s menstrual cycle. There is some humour to be found in the relationship between Bruno and Mike as the Parisian taxi driver attempts to teach Bruno the arts of seduction.

The humour does not always hit the mark – an odd montage of Bruno explaining the ten stages of drunkenness is more toe-curling than amusing – but for the most part Saint Amour is a pleasantly amusing watch. It is somewhat frustrating that Delépine and Kervern lightly straddle the lines between drama and comedy, never committing to either genre solidly enough to help Saint Amour find a unique voice.

Depardieu is impressive as the quietly sentimental straight man and manages to raise a few laughs in a sex scene where his partner vanishes into his mountainous belly. Poelvoorde’s intended comic relief does not always hit the mark, despite committing to this caricatured drunk role with some sense of authenticity. Lacoste impresses thanks to a subtle turn which never attempts to overplay the laughs.

Saint Amour is a breezy watch that does have a certain sweetness about it. The humour does not always hit the mark, despite somewhat well-pitched performances from the cast.