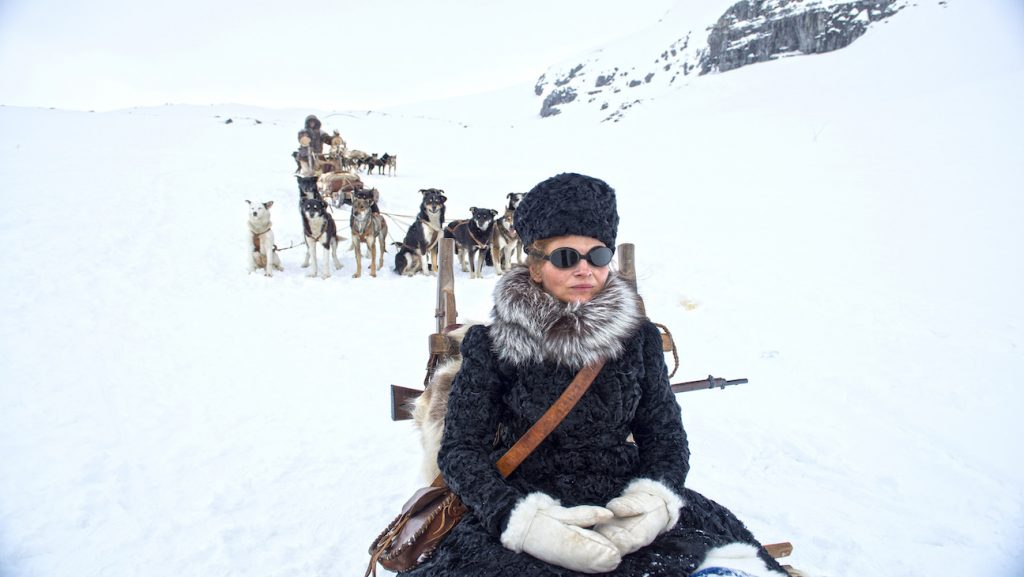 Isabel Coixet’s Endless Night (Nadie quiere la noche) pits a woman against the Arctic elements in this inconsistent yet entertaining survival drama. The project is a co-production between Spain, France and Bulgaria and was selected to open the 65th Berlin Film Festival in 2015.

Coixet’s film is refreshing in the fact that it presents a period film with strong female leads and Barros’s narrative impresses in capturing the complicated and ever-changing relationship between these strong women. The period characters can occasionally feel like stereotypes – the privileged, confident Westerner Josephine and the savvy, humble Eskimo Alaka – although Barros’ character work attempts to flesh their journeys out, it never entirely shakes our first impressions. Whilst Alaka stays somewhat constant in her narrative arc, Josephine’s is more evident with her transition shown in make-up and styling, with the pristine and immaculately outfitted woman physically and mentally breaking down as she fights for survival in the tundra.

Jean-Claude Larrieu’s cinematography gives Endless Night a naturalistic and unforced aesthetic as he delicately captures the dangerous beauty of the snow covered locales. This danger becomes fully apparent in the tensely shot initial expedition scenes where Josephine and her guide (Gabriel Byrne) are faced with avalanches, snowstorms and icy pathways shattering into watery abysses. Coixet’s direction capitalises on this icy aesthetic with the journey proving an atmospheric, frantic and somewhat uncomfortable watch. Coixet’s tight grip of proceedings does begin to slip when Josephine reaches an Arctic lodge and remains there. Whilst Endless Night is mostly engaging in this latter half, the pace does slow and Coixet steers the film into more melodramatic territory exploring the relationship between Josephine and Alaka.

Josephine is introduced in a glamorous winter fur outfit shooting down a large polar bear, she’s fearless, privileged and well-educated – however the latter two categories don’t matter too much when Endless Night turns battle for survival. Binoche is impressive in capturing our heroine’s breakdown and weary dismay as the elements take hold – whilst revelations about Alaka only heighten her frantic, emotionally fragile state. Rinko Kikuchi’s Alaka has less to work with in Barros’ script with a simple kindness and warmth to Josephine remaining consistent throughout Endless Night.

Endless Night impresses thanks to Binoche’s strong leading turn and Larrieu’s cinematography, Coixet’s direction ranges from tense to tiring, but we are mostly invested by the final moments of Josephine and Alaka’s journey.