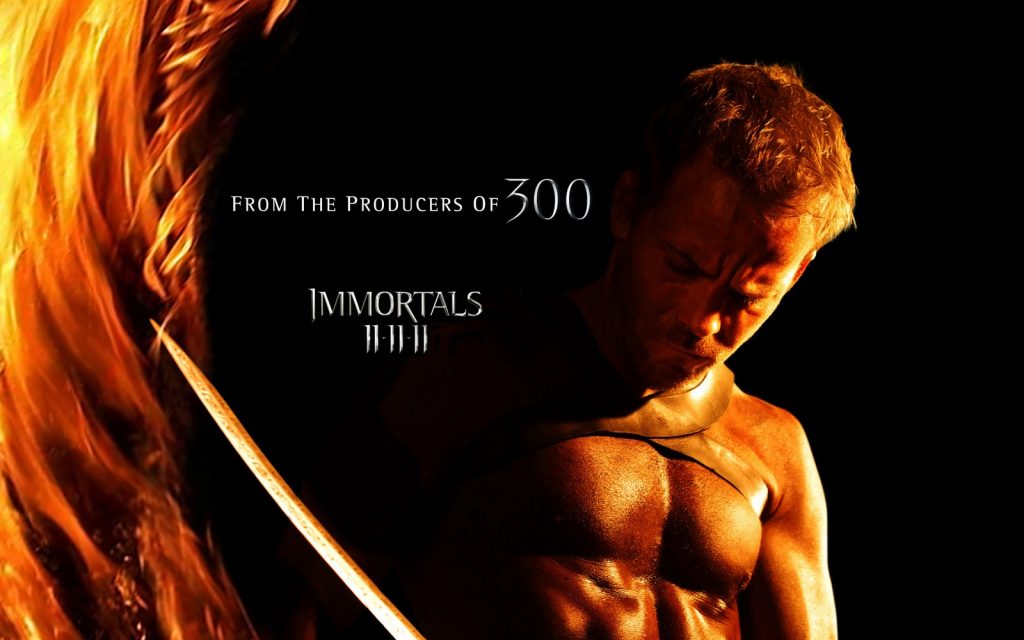 Tarsem Singh’s testosterone fueled, swords and sandals epic, Immortals, has been one of my most anticipated films of the year and I was not disappointed. Henry Cavill stars as Theseus, a mortal chosen by the Gods to lead battle against Mickey Rourke’s ruthless, King Hyperion who aims to unleash the ancient Titans and take over humanity. Think of this as 2010’s Clash of the Titans but actually well made and worth watching.

My only past experience with Singh’s work was seeing his excellent gladiator-styled Pepsi Commercial starring Enrique Iglesias and Britney Spears back in 2005, so I was rather to see how his style would be in Immortals. Needless to say, it was not as visionary as I had expected but Singh does have a very distinct and stunning style which is notable from the films’ onset. His fusion of real life sets, CGI and an exciting comic book style flair make this an exciting visual experience and makes it clear that he’s one of Hollywood#s top up-and-coming directors. Singh also shows clear skill as a storyteller and whilst ‘an action film’, Immortals never becomes dependent on the blood and guts, battle fare. Unfortunately, Charley Parlapanides and Vlas Parlapanides script suffers with some dodgy dialogue (especially one slightly cringeworthy scene where Cavill motivates the troops for battle) but then again, I personally don’t go to see a sword and sandals epic for top class dialogue.

The action scenes are violent and fairly brutal, giving this film a gritty atmosphere, which is the way a film like this should be (just think of the glossy tripe of similar genre films Prince of Persia and Clash of the Titans, last year). Like every person should, I opted for the non-3D version of the film and this appeared to be a smart move – from what I noticed, there’s very little need to see this in 3D unless you love seeing a spear chucked at the screen on two or three occasions. Sadly, Immortals is part of the ridiculous 3D craze at the moment where the only added result is more money to be made for those involved – it’s completely unnecessary to the viewer. 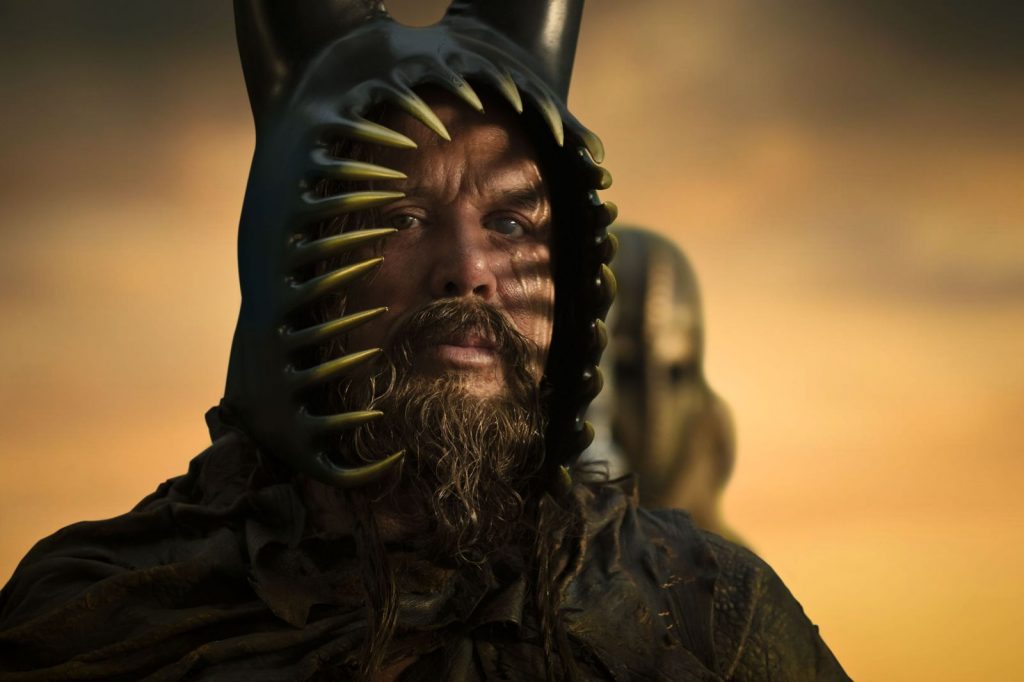 As for casting, Henry Cavill does well leading the film (although slightly more convincing in some scenes than others but) given this is his first massive movie it’s fair to say it’s a solid effort. Mickey Rourke manages to grumble his way through the film as the ruthless villain, chewing through the scenery. There’s also some wonderful unexpected casting choices, from the beautifully talented Frieda Pinto to the sublimely underrated Stephen Dorff. It’s nice to see Dorff in a big budget movie again and as we know, this blog is a huge supporter of him! There’s also John Hurt who plays the token wise elder gentleman (think Anthony Hopkins or Christopher Plummer in Alexander) and Kellan Lutz and Luke Evans appear as the uber-buff Gods watching from above. The physical shape of the cast, in particular Dorff and Cavill, is outstanding and certainly bound to set some pulses racing.

Immortals may not be the best film of the year, but it’s certainly one of the most entertaining. Singh’s direction is striking and whilst the story may not add anything new to the genre, it’s still a hugely enjoyable way to spend  two hours. When you compare this to the recent disappointments in the ‘epics’ genre, the Immortals is  certainly not the mess that some critics are making it out to be. Although, I would say, stick to the non-3D version – show these Hollywood types that we’re not their bitches!