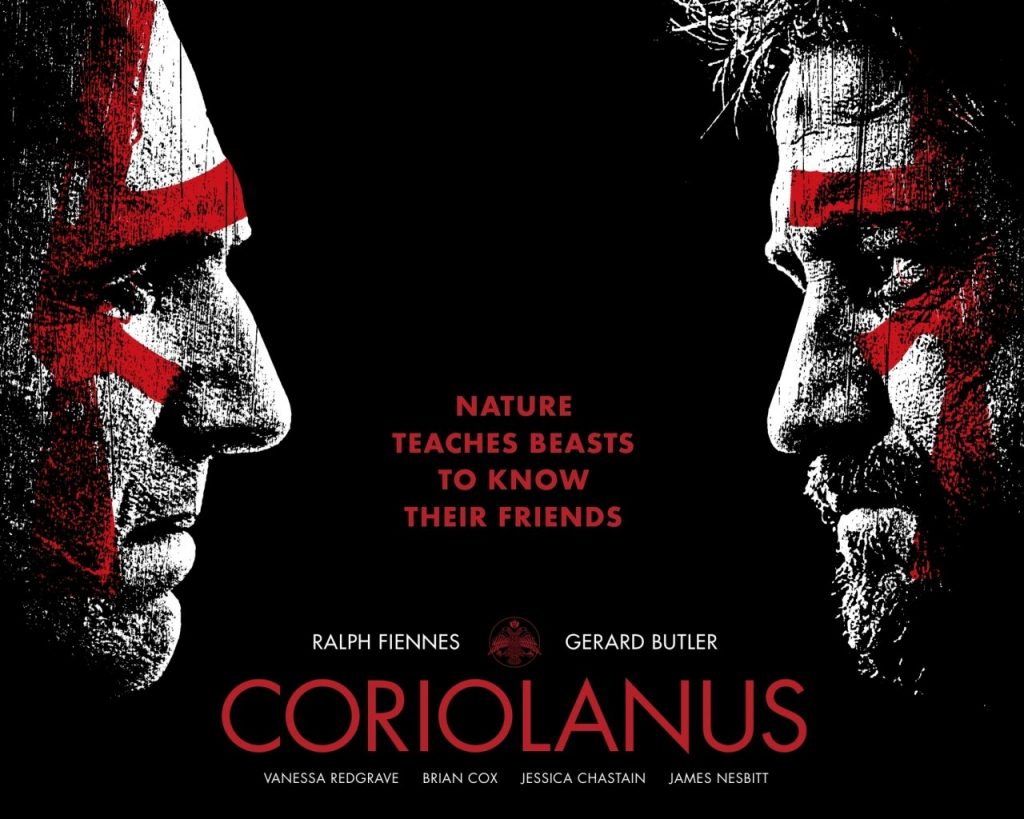 Given the way recent cinematic Shakespearean adaptations have flopped (mainly Kenneth Branagh’s underrated adaptation of As You Like It in 2006, or even more recently Julie Taymor’s mega-flop, The Tempest), it could be read as a sign that modern audiences feel disconnected with the work of Shakespeare. And for Ralph Fiennes, directing and starring in an adaptation of one of Shakespeare’s more complex and unknown plays, Coriolanus, this proves even riskier. Fiennes even stated himself at an Edinburgh screening of the film that the mere name of the play leads to blank expressions. Whether, Coriolanus will break the curse of modern cinematic Shakespeare or not, it is an incredibly well made film, and in my opinion proves Shakespeare is just as relevant now as he was over 400 years ago.

It’s an unfortunate problem that many immediately write-off the work of Shakespeare as inaccessible without even giving it a chance, and I shan’t lie and say that Coriolanus was an easy watch but for those willing to commit to the film with an open mind, the end result should be a pleasant surprise. Fiennes film takes Shakespeare’s tale of Caius Martius Coriolanus (Ralph Fiennes), a war hero returning to his home of Rome. This controversial return is met with distaste from the Roman people and manipulative politicians, who seen banish the tragic hero from the city he loved. Coriolanus turns to his enemy, Aufidius (Gerard Butler) and vows revenge on the city that betrayed him.

Coriolanus is a complex tale of war, political intrigue and the family dynamic, made even more complex by the use of classic Shakespearean language. Although initially a challenge to adapt to the language, once you do then the film opens up to you and brings a strong sense of melodrama and intensity. Shakespeare’s use of language is particularly beautiful in the hands of such a fine cast and it is a joy to watch the likes of Vanessa Redgrave and Brian Cox spouting out such poignant tomes. John Logan’s (the man behind Gladiator and The Aviator) screenplay successfully fuses Shakespeare’s original premise in a convincing 21st century context whilst never deviating too harshly from the source material. The Roman setting of the novel has however, become more that of a war-torn Eastern European country (the film was shot in Serbia), which further adds to its convincing nature.

Fiennes direction is intense and passionate. At points it feels as if we are watching the play on stage, whilst the more action-heavy scenes feel like they’ve been lifted from a war film. The precisely directed military/battle sequences – primarily one scene where Coriolanus and his army raid a ravaged apartment block are unbelievably tense and well directed. Coriolanus does not shy away from being brutal and this is one of the most blood-soaked, aggresive adaptations of Shakespeare you’re likely to watch (there is no Leo DiCaprio and Claire Danes poncing around a fish tank in this). Fiennes also presents us with a very layered piece, and the political side of the story proved most interesting to me: with the scheming politicians, superbly played by Brian Cox, James Nesbitt and Paul Jesson, strikes a chord with present day politics (albeit slightly more intense in Coriolanus) in the 21st Century.

The acting is near faultless with Fiennes giving a theatrical, rage-fuelled lead performance and captivates the screen, only second to the magnificent Vanessa Redgrave, who puts her heart and soul into the role of Volumnia’, Coriolanus’ mother. She is particularly astounding towards the film’s climax where she pleads for her son to reconsider his attack on Rome. Supporting turns from Gerard Butler, Brian Cox and James Nesbitt are equally enjoyable to watch, however Jessica Chastain proved to be slightly less memorable, at points fading into the background and lacking the intensity of her co-stars.

For those willing to go into Coriolanus with an open mind, you will most likely be impressed. It’s a tense, action-packed, well-adapted take on Shakespeare’s source novel with some outstanding performances.