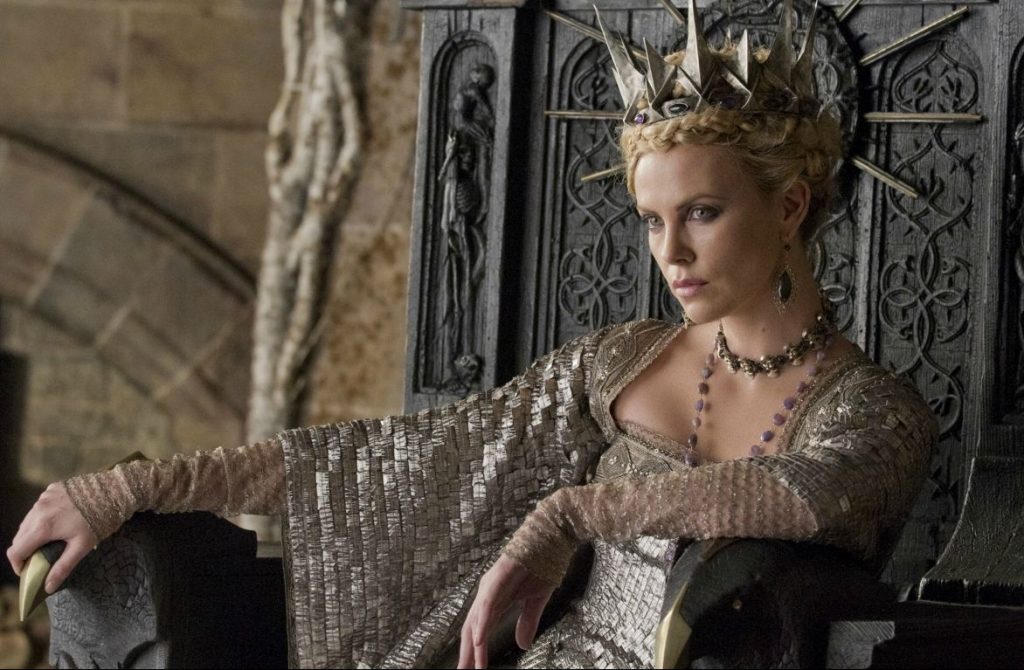 Sanders’ adaptation of the classic Brothers Grimm tells of imprisoned Snow White (Kristen Stewart), the only woman fairer than the evil Queen Ravenna (Charlize Theron). In her quest for eternal youth the Queen must claim the heart of Snow White, however the young heroine escapes, attempting to lead a rebellion against Ravenna, alongside the assistance of The Huntsman (Chris Hemsworth).

Rupert Sanders’ direction is visually striking, rivaling the rich atmosphere of Tarsem Singh’s Mirror Mirror. The director brings a distinct artistic flair that makes Snow White & The Huntsman a truly beautiful watch. Sequences including Theron’s Ravenna walking into a bath of milk or the unveiling of Sanders’ unconventional take on the ‘Mirror, Mirror on the wall’ scene – showcase the sheer elegance of the directors’ vision. Even the more action-heavy scenes have a gritty appeal rivaling the likes of Lord Of The Rings or Game of Thrones.

For the most part, Snow White & The Huntsman does feel rather fresh – despite the expected confines of the Brothers Grimm’ Snow White story. The traditional elements are all there – from poisonous apples to a small army of dwarves, but these are handled in a reasonably interesting manner. The symbolic power of the apple and the casting of various British hard-men as dwarves adds an original appeal to the narrative. More fantastical elements like troll attacks, magical forests and floating villages also help to bring originality to Snow White & The Huntsman – keeping things fresh and exciting. Evan Daughtery’s screenplay also touches upon the back story of both Queen Ravenna and The Huntsman, which adds some unexpected surprises to the classic tale. 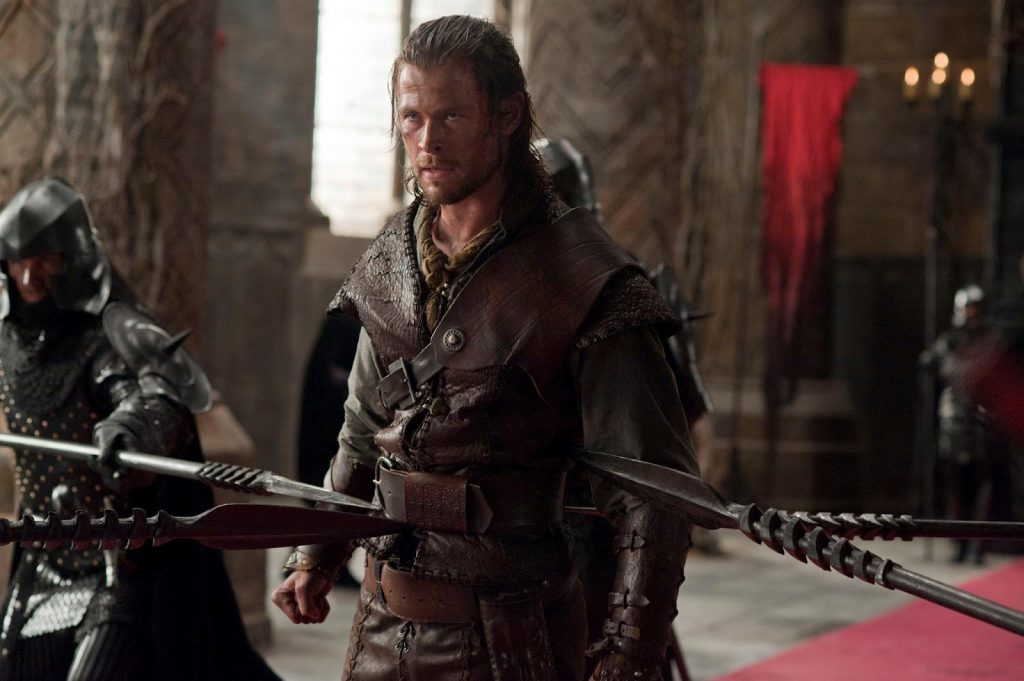 Possibly due to these interesting supporting characters, Kristen Stewart’s Snow White does not make a huge impact. In defence of the actress she conveys the characters’ inner strength and passion utterly convincingly, but the fair Snow White is far less exciting than the twisted superbitch, Queen Ravenna, or the gruff charm of the heavy-drinking Huntsman. It is Charlize Theron who dominates Snow White & The Huntsman, Ravenna is a woman in the depths of desperation – clawing at her past youth and destroying anyone who may stand in the way of this. Theron delivers a larger than life, powerhouse performance and manages to both draw us towards the character, yet be utterly repelled by her at the same time. Chris Hemsworth’s Huntsman brings some fun to the proceedings, once again showing that he is one of cinema’s brightest young stars.

Supporting performances from Ian McShane, Ray Winstone, Nick Frost, Bob Hoskins, Eddie Marsan, Toby Jones and others, as dwarves also contribute to this sense of fun, but are also handled in a more likeable and mature sense to those depicted in Mirror Mirror.

Snow White & The Huntsman, is a stunningly made and highly likeable adaptation of the classic story, which also manages to retain a strong sense of originality. The fusion of striking visuals and well-crafted action sequences, alongside a staggering performance from Charlize Theron – help make Snow White & The Huntsman one of the strongest blockbusters of the year.