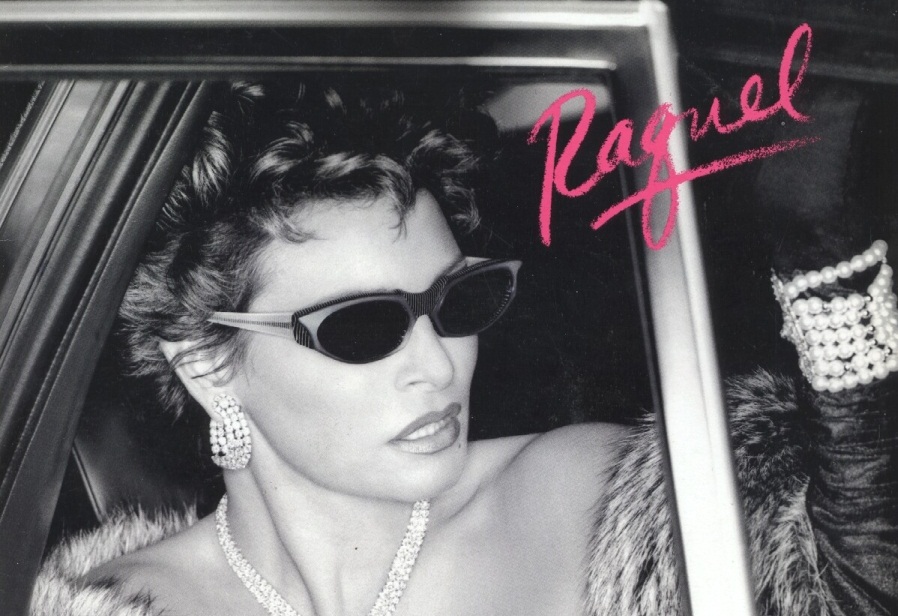 After watching Raquel Welch, in the cinematic masterpiece that is Myra Breckenridge (surely one of the definitive films in the holy trinity of trash cinema), I was intrigued as to what delights may lurk within the star’s post-Myra CV. There are standouts like forgotten British-produced western, Hannie Caulder, the Anthony Perkins penned, The Last of Sheila and other filmic phenomenons like Mother, Jugs and Speed and The Wild Party – but there are all pictures to look at at a later date.

Unfortunately, from the late 1970s onwards, Raquel’s film and television work became far less frequent, allowing the fiery star to turn her hand to other exciting projects. Among these came acclaimed Broadway roles in the likes of Victor/Victoria and a dazzling new career as a health and nutrition Goddess, launching several books and videos on the subject.What really struck me about this Hollywood starlets’ later career, is her flawless foray into high energy dance music.

Given this new found success, it’s natural that Raquel would have wanted to turn her hand to the world of music, and what better promo than to tie a single in with the release of one of her weight loss videos. The Summer of 1987 saw the release of the icon’s first and only track This Girl’s Back in Town. This is perhaps a good thing, as there would be no way humanly possible to top this iconic dance single.

The video, which was chucked onto the end of Raquel’s fitness tape, A Week with Raquel, showcases the star’s sublime vocals as she struts around a smokey stage in a leather get-up looking like a cross between Celia Imrie and Jamie Lee-Curtis. Sadly for Raquel, the pop career never took off and the fitness career with cut to an abrupt halt as a very flexible, enticing diva was set to take over the genre – Angela Lansbury. Oh Angie you temptress!