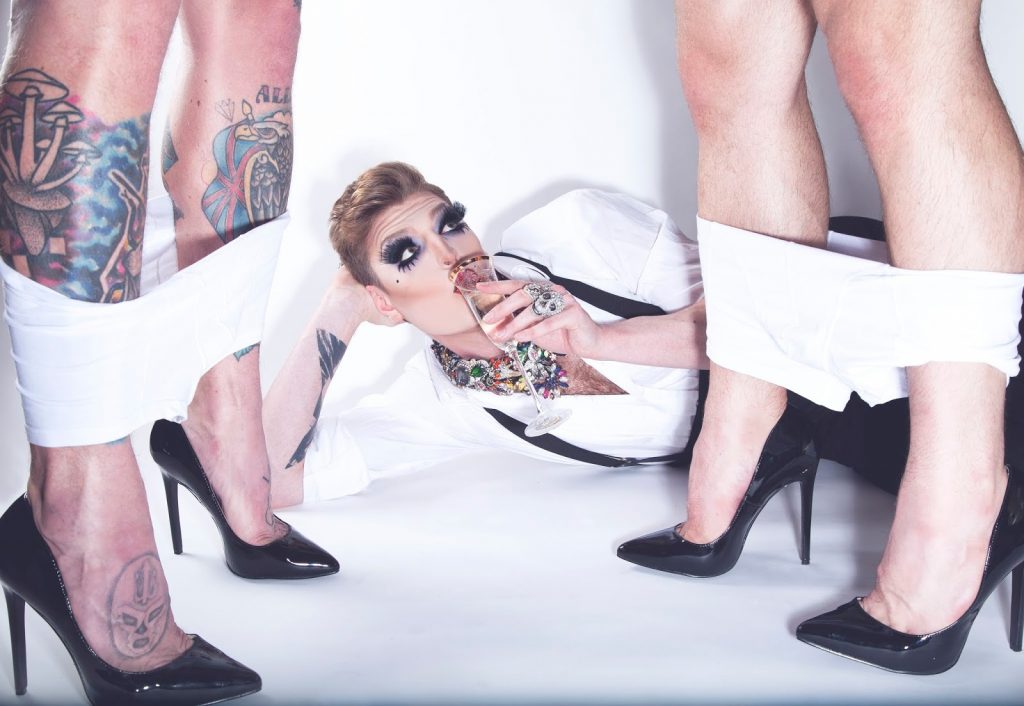 Kaye welcomes us into the Assembly Checkpoint mingling around his audience and directing people to the bar. From the onset, his natural manner with the audience and quick-wit is apparent. When everyone is seated he launches into a wild rendition of ZZ Top’s Sharp Dressed Man with the accompaniment of a full live band. His command for the stage is mesmerising and with thick black mascara and a sparkling ruby red jacket he is an engrossing figure to watch. Yet the audience are equally part of the show – Kaye plays with them in a faux-dismissive manner as he asks men their name and doesn’t wait for an answer. Audience surveys and fast-paced interactions showcase Kaye’s intelligence as a performer and love for the stage.

His material is cutting and fresh – references to alternative Fringe venues (not A or B…) and proposed titles for his show – 12 Years a Slave… to the Rhythm – are brutally amusing. Yet Kaye’s cultural awareness provides a joyous blend of the aggressively crude and artistically sophisticated. References to Tolstoy, Chekhov, Caravaggio and Bernini explore the rich cultural knowledge underpinning  Kaye’s intelligent, quick-witted performance style.

Kaye’s own personal anecdotes are engaging and a heartbreaking, yet inspiring tale of a first crush at High School and an incident in the PE changing rooms help further engage us with the cabaret star. Rich powerhouse vocals lead us through a rendition of Charles Aznavour’s Sailor Boys – a performance enriched in emotional depth. Stellar interpretations of Kate Bush’s Wuthering Heights, Iggy Azalea’s Fancy and Men at Work’s Land Down Under complete the evening’s musical performances – showcasing Kaye’s versatility as a performer.