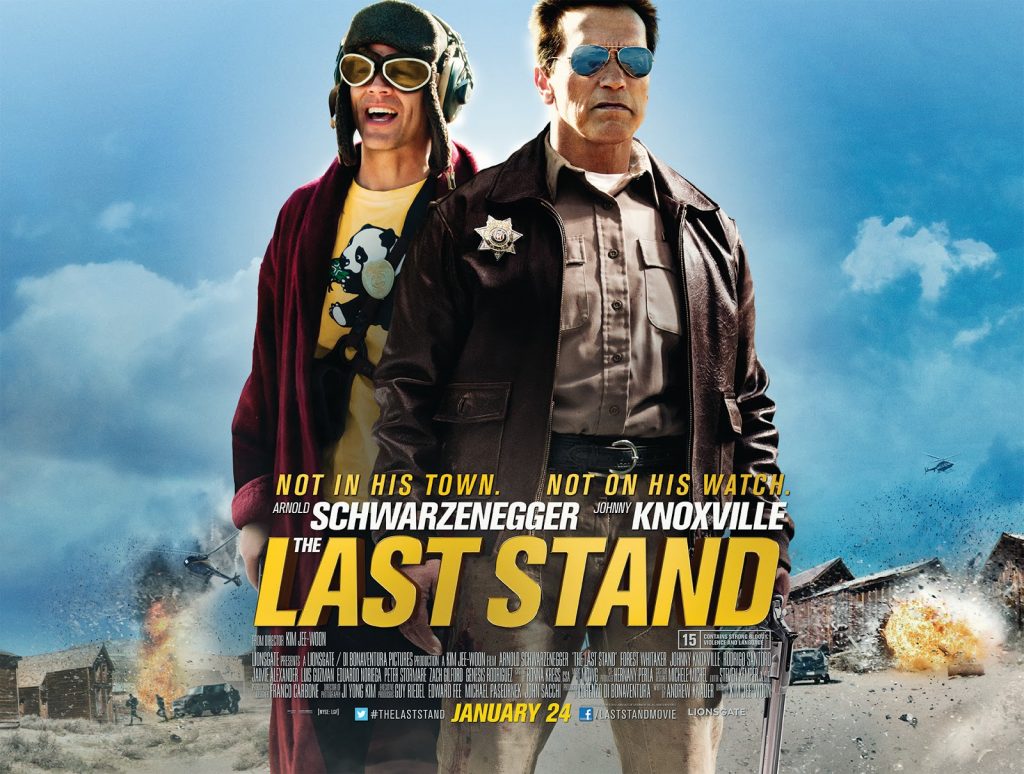 As a life-long fan of Arnold Schwarzenegger, it has been a long wait for The Last Stand, his first lead role since Terminator: Rise of the Machines back in 2003. After ten years and lots of age-related gags, the Austrian Oak remains a powerful screen presence and every bit the action hero he once was.

Sheriff Ray Owen (Arnold Schwarzenegger) expects a quite weekend, when most of the residents of Sommerton travel out of town to support the local football team. However, after escaping from federal custody, the leader of a ruthless drug cartel heads to the sleepy town with the aim of escaping across the border. Ray might not get that quiet weekend, after all.

Although the trailers would suggest the opposite, The Last Stand does not dwell on the dull concepts of “Look how old Arnie is!” or “Oh my God, he’s back!” that we have continually seen since the actor fulfilled his role of Governor of California. Instead we get to see Schwarzenegger slip back into a convincing action role, almost as if he had never been away from the genre. Kim Jee-Woons’ direction adds a further sense of energy and dynamism to The Last Stand, with the his frequent use of blood-spurting, bone-crunching visceral violence and an almost comic book style, giving the film a distinctly modern tone -apt for 2013.

Jee-Woon is at his strongest when it comes to crafting frantic energy through several tense action sequences, whether it be car chases, shootouts or brutal fight scenes. Many of these paying fitting tribute to Schwarzenegger’s heyday in classic eighties and nineties action cinema. Unfortunately, Andrew Knauer screenplay tends to devote too much time to the build up of the drug cartel (played by Eduardo Noriega)’s escape. This comprises of lots of draining sequences spent in glossy FBI offices, filled with generic dialogue and uninspired police babble. Of course, some of this build up is essential but Knauer has a tendency to overdo it – which is a pity as he shines when capturing the bare-bones work of the Sommerton sheriff’s department.

Some of this dodgy dialogue is welcome, especially when it is coming from Schwarzenegger. Hearing the action icon shout out lines like “I’m the sheriff!” or “Schmuck!” in his thick Austrian accent is likely to win the most resilient of viewers over to the fun of his comeback vehicle. The main focus of The Last Stand is throwaway fun, which can seen in many of the comically-tinged action scenes – the most notable being in which the Sheriff and Johnny Knoxville’s weapons obsessed temporary deputy arrive in battle with an antique battle gun affectionately dubbed “the Nazi killer.” Supporting turns from a particularly shouty Forrest Whitaker and an entertainingly campy Luis Guzman bring some added enjoyment to Jee-Woon’s feature.

The Last Stand proves to be the perfect comeback vehicle for Schwarzenegger: brimming energy and stellar action set pieces, help cement this as his most enjoyable film since Eraser.