There is something quite odd about an ensemble comedy filled with acting A-Listers, yet none of whom with any desire to promote it. This should be seen as your first warning sign to avoid Movie 43, a rather painfully unfunny collection of crude skits, loosely tied together and slipped out for cinema release today. This is the film likely to haunt the CV’s of all involved (well maybe not Halle Berry, she did Catwoman after all).

Three teenagers scour the depths of the internet in search of the notorious Movie 43 – a film banned all around the world. On their hunt they uncover a variety of crude, disturbing short films which are supposedly intended for comic value.

Despite a moderately amusing gross-out opening featuring Kate Winslet and Hugh Jackman, Movie 43 soon finds a consistent balance which is somewhere between painful and borderline unwatchable. This is of no fault of the performers involved – Movie 43 features some of the most talented actors working today including: Emma Stone, Naomi Watts, Terence Howard, Liev Schreiber, Josh Duhamel, Elizabeth Banks and Richard Gere, to name a few. It is unfortunately the various writers of Movie 43 that are the source of most of the issues. Most tend to be from the school of ‘if it features boobs or bodily functions’ it’ll get laughs.

Whether it be Emma Stone and Kieran Culkin discussing their sexual desires over a grocery store tanoy, Chloe Moretz experiencing her first period or Anna Farris and Chris Pratt sharing their desire to poop on each other (their characters, I should specify) – Movie 43 is perhaps the lowest of lowbrow mainstream comedies. Had this been made in the hands of camp underground maestro John Waters with a sense of irony or intelligence, Movie 43 could have been more forgivable, but unfortunately this is a turgid pile of meaningless schlock.

If looking for any redeeming features: the aforementioned Winslet-Jackman skit, The Catch, provides some unexpected laughs as it follows a single woman finding a seemingly perfect bachelor. As does the Josh Duhamel-Elizabeth Banks starring skit, Beezel featuring a cartoon cat obsessed with its owner.

Crude humour can be fun if it is done well with a sense of originality or irony, but unfortunately these are sorely missing from Movie 43. Despite a cast of supremely talented performers at its disposal Movie 43 is cheap, unfunny schlock that is likely to be at the top of many of 2013’s worst of year lists. 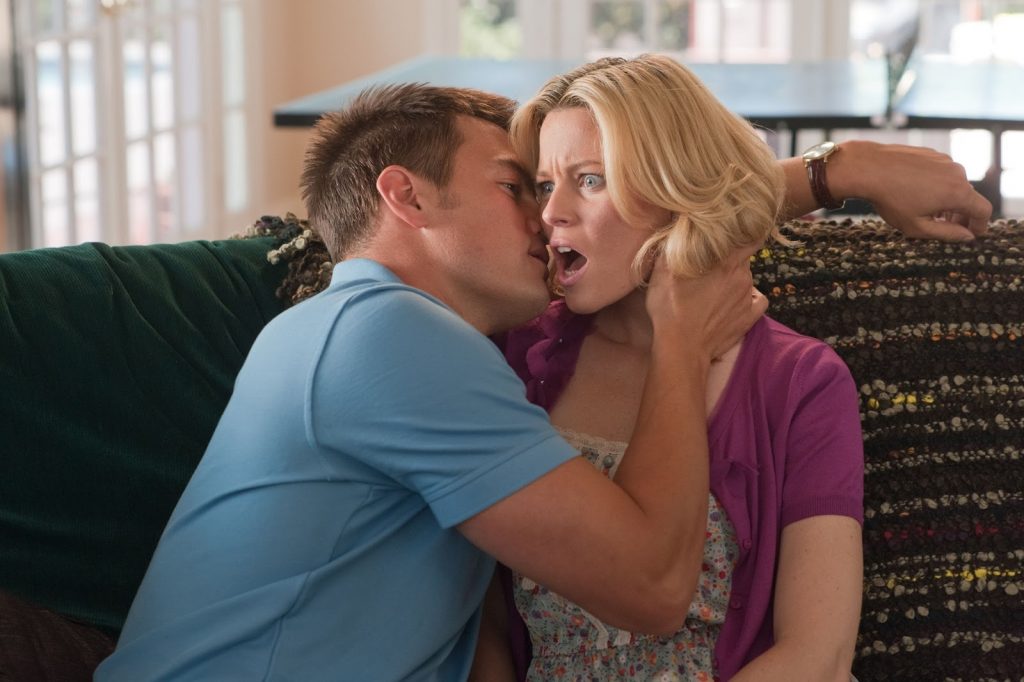