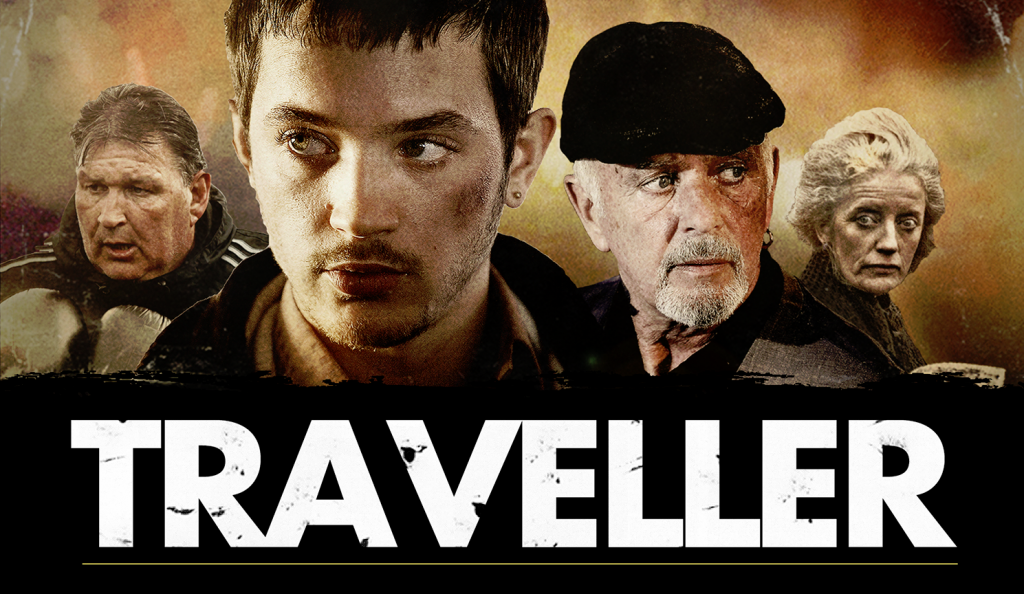 Many people’s knowledge of the travelling community will be founded on garish Channel 4 reality television shows like Big Fat Gypsy Wedding and Thelma’s Gypsy Girls, or even British action flicks like Big Fat Gypsy Gangster. However, Benjamin Johns’ feature film, Traveller, attempts to challenge some of these stereotypes and give us an insight into the world of the traveller.

Billy Cook stars as Owen McBride, a young man that is half-Gypsy, half-Gorgio (non-Gypsy), who is targeted by both the police and a gang of vicious gangsters. Owen soon goes into hiding at his deceased father’s gypsy camp, where Blackberry (David Essex), an older gypsy, takes him under his wing.

Whilst it does have a tendency to rely on the stereotypes of the community, Traveller should be praised for portraying the world of the Gypsy with a distinct human side. At its heart, Johns’ film is a drama that captures a young man’s struggle to find a path in life – encroached by both the Gypsy world and the Gorgio world, it is never quite clear where Owen fits in. Johns gives us a relatively in-depth look at the life of a traveller, and most interestingly gives us an insight into the animosity between the police and travellers, whilst occasionally putting a welcome humorous spike on it (as best showcased in one scene where a police officer asks a gypsy “Can’t you read?” which is met with a blank look). It is clear that Johns has truly immersed himself in the travelling community, prior to making this – as it largely feels like an authentic portrait of a world that is rarely presented in a serious light.

A stellar soundtrack composed by Essex helps add to the authentic rural folk-tinged aesthetic of Traveller, wonderfully highlighting the transitions in narrative. Strong performances from Cook and Essex further add to this sense of believability. Cook puts a likeable face on the travelling community and showcases an excellent dramatic range, handling both the heavy emotional scenes and slightly more lighthearted comic sequences with what appears to be complete ease. Essex proves to be one of the film’s main scene-stealers as charismatic traveller, Blackberry.

There are occasions when it feels like Traveller relies too heavily on the genre stereotypes that it sought to dispel with gangsters and gypsy strippers doing more harm to the narrative than good. The same can be said for the bare-knuckle fight and many pub brawls on display here, which although not doing representation of the traveller much justice, serve to generate some interest when the pacing slows.

Whilst it does feature occasionally dubious stereotypes, for the most part Traveller is an insightful and well-produced look at the world of the traveller. At its heart there is a strong human story at Traveller, delicately showcased by Cook and Essex, with Johns also keeping things interesting with some light-hearted comedy and action sequences.

Traveller is released on the 6th of December 2013.