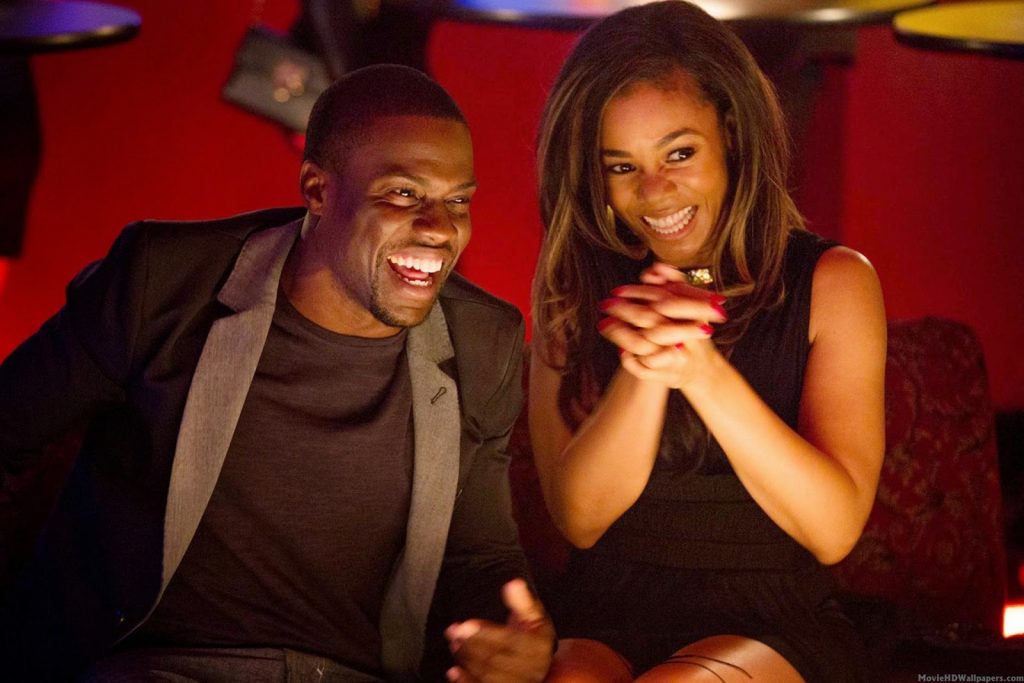 David Mamet’s hit 1974 play Sexual Perversity in Chicago gets its second big screen adaptation in Steve Pink’s About Last Night. The feature follows two-couples starting out in new relationships as they (repeatedly) venture from the bar to the bedroom and face the ups and downs of new-found love.

Whilst the first of these adaptations was no masterpiece it had a raw and steamy eighties sexiness thanks to the casting of both Demi Moore and Rob Lowe – two stars both in a God-like physical prime at the time. The 1986 version may have been a trashy guilty pleasure, but sadly there is very little pleasure to be found in the 2014 update.

It seems that Mamet’s keenly observed and fast-paced style has been wiped from Leslye Headland’s glossy updated screenplay. There is a real failure to delve any further below surface level of its central relationships, with this remake resting squarely on the conventions of the romantic comedy. It is unclear why Michael Ealy and Joy Byrant’s Danny and Debbie are in love – the characters lack any spark or charisma – as well as appearing to have no common ground. We are simply told that they are in love and that’s that. They are also particularly frustrating to watch – this is a couple who begin arguing when there is not even an argument to be had. This results in a noisy watch that attempts to cover various spectrums of human emotion but ultimately is neither convincingly romantic or likeable viewing.

Regina Hall and Kevin Hart’s characters are somewhat better utilised with both being almost solely played for comic relief. Hall brings the loveable sass that made her such a fan-favourite in the Scary Movie franchise and does not appear to have lost any of her sharp comic bite. Kevin Hart seems to be given free rein here, which is a double-edged sword, with the actor’s screeching sliding between amusing and intolerable throughout. With the two loud stars playing a couple the combination can be somewhat over-bearing but the fiery relationship between the two provides some well-intentioned comic moments – most notably a sequence which sees Hart’s Bernie secretly provide dinner guests with a sealable bag to dispose of his unknowing girlfriend’s diabolical cooking.

Other small treats come in the form of Christopher McDonald who provides an another eighties throwback as chummy barkeep Casey, and there is a solid soundtrack featuring tracks from James Brown, Bruno Mars, Jamiroquai and John Legend.

About Last Night is plagued by its shallow narrative and limp central romance. Occasional sparks from Hall and Hart cannot save this film which ultimately lacks any real heart and soul.