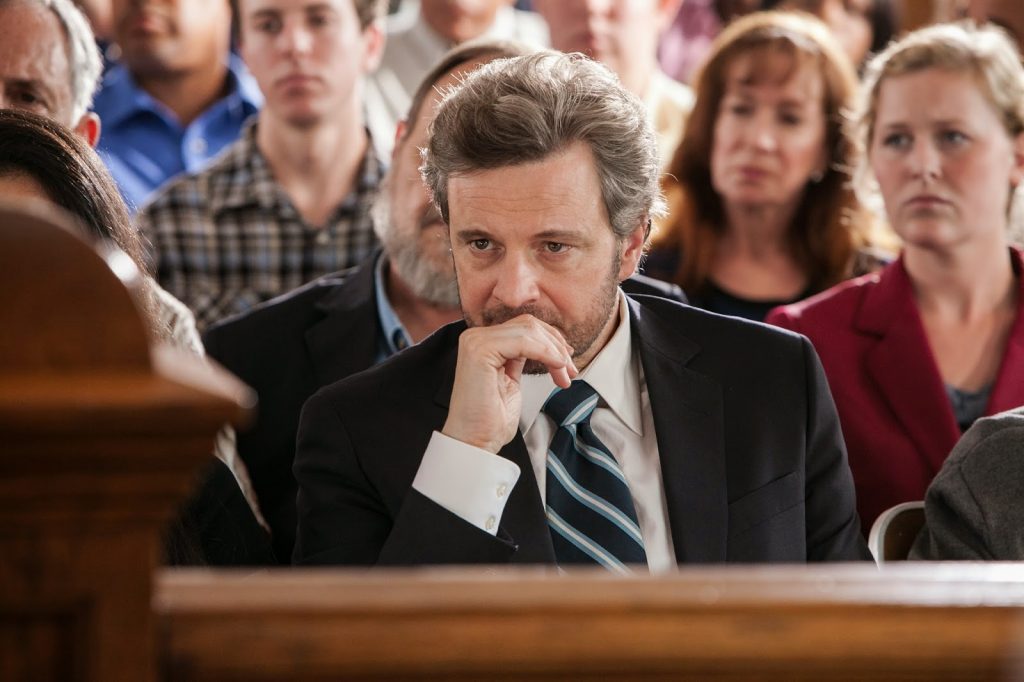 
After three young Arkansas boys are brutally murdered, a controversial trial accusing three teenagers is sparked, with the teens being branded as Satanists and slated for the death penalty. Private Investigator Ron Lax (Colin Firth) begins investigating the case further and finds some troubling uncertainty in the case against the teenagers.

The true story behind the Devil’s Knot is a fascinating one that unfortunately does not translate particularly well dramatically to the big screen. Although this is a fascinating case, riddled with doubt and uncertainty – Egoyan’s account is a lifeless representation that feels like a drab cable TV movie that never quite immerses or emotionally connects with us.

Devil’s Knot should grip and absorb the viewer – this is a case so sensationalised by the media that it results in the supposed wrongful imprisonment of three teenagers. Rumours of cults, heavy-metal music and horror films were enough for the American media (and prosecuters) to craft monsters out of these ‘innocent’ teenagers – and ignore vast amounts of evidence that clearly pointed to other guilty parties. However Egoyan handles this in such a distant and bland fashion that we ultimately have little concern over the trial’s outcome. We are always in the position of a distant observer.

Egoyan could have crafted a little more atmosphere here which may have given Devil’s Knot a bit of grit or spark. The Southern Gothic chills in the Arkansas locations – most notably the sinister Robin Hood wood where the murders took place could have been emphasised to give the film some character. This lack of any distinctive style gives the film an immediately forgettable and lifeless feel.

Devil’s Knot also squanders an impressive cast. Firth’s nasal-accented American private investigator lacks any pivotal place in the narrative, with the character having no real legal power on the proceedings he simply saunters around as a curious onlooker who never quite feels as convinced as he should about the battle he fights. Witherspoon is squandered in the role of one victim’s mother who lacks any further character traits than simply being a grieving mother. Supporting turns from the likes of Bruce Greenwood, Stephen Moyer and Dane DeHaan flesh out the rest of the cast.

Directors Joe Berlinger and Bruce Sinofsky have previously covered the case in documentary format in their Paradise Lost Trilogy – films that are far more successful in their efforts than Egoyan’s account.

With no real character or spark, the Devil’s Knot informatively presents us with the facts of the case but lacks the power to compel its audience.