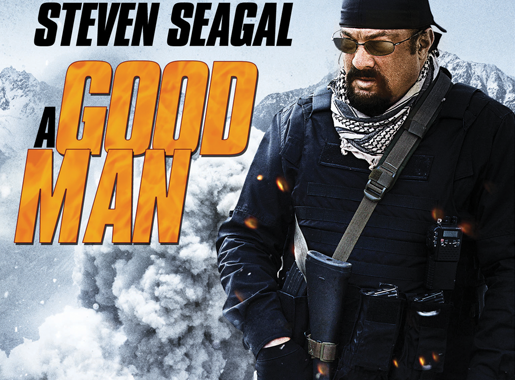 Whilst we’ve been focused on EIFF the past few weeks, we missed some major cinematic news. Yes, Steven Seagal still has beard. Phew. I think that’s us caught up now. His latest film A Good Man continues his trend of doing minimal work, speaking in a soft whisper and talking about his multitude of skills.

After an illustrious special ops career ends in disaster, Alexander (Steven Seagal) goes off the grid and attempts to lead a quiet life as a handyman at an apartment complex. But when one of his tenants and her family fall under the thumb of a Russian gangster, Alexander is dragged into an all-out war between rival Chinese and Russian gangs; forcing him to not only defend the family, but bringing him face to face with an old foe, and giving him one more chance to reconcile his past. But none of that really matters, does it?

We still have a soft spot for Seagal, despite the lessening quality of his work, so we are willing to give A Good Man a chance.