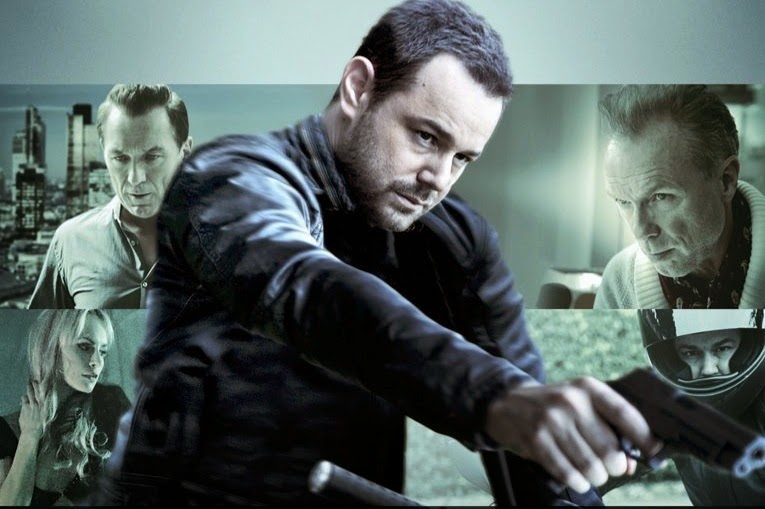 The team-up of Danny Dyer with both Martin and Gary Kemp should be the stuff of a Brit flick fan’s dreams – and although it is fun to see them share the screen, Assassin isn’t the best vehicle to reflect their respective talents or to provide what viewers want to see.

Written and directed by Deviation’s J.K Amalou, the project sees an assassin (Dyer) break the rules of his profession and fall for a young woman who becomes a target. In doing so he angers his employers, notorious gangland brothers John (Gary Kemp) and Lee (Martin Kemp) Alberts – and in doing so, becomes a target himself.

Those familiar with contemporary Brit flicks will immediately feel at home from the first mention of the word ‘slag’ or in seeing our protagonist bobbing his head in a strip club. This familiarity continues into the narrative of Assassin which blends a killer for hire plot with a slow-paced love story, and ultimately ends up following the trajectory of a low-key revenge film. It all sounds slightly more exciting than it is.

There are definite pacing issues here. The romance between Dyer’s hitman and Holly Weston’s Chloe feels tired from the onset – from the lingering, blurred sex scenes to Chloe transition from pushing everyone away to falling deeply in love with the first man that sticks around longer than one night. A dull romantic subplot combined with drab aesthetics results in a watch that feels as cheap and grey as it looks.

Assassin shows some quality in its fast-paced action scenes – the assassination scenes are visceral and impressively staged – bullets pack a quiet, yet hard hitting energy. However, the finest asset of Assassin is the casting of the Kemp Brothers. The pair bring a steely gravitas to the fold as the scheming gangland brothers – and whilst most of their scenes are not action based but conversational, both Gary and Martin remain engaging, charismatic screen presences.

Assassin is a low-key watch, both aesthetically and narrative-wise. The greyish visuals and tedious love-story, ensure this is never going to be a Brit flick classic despite the best intentions of all involved.