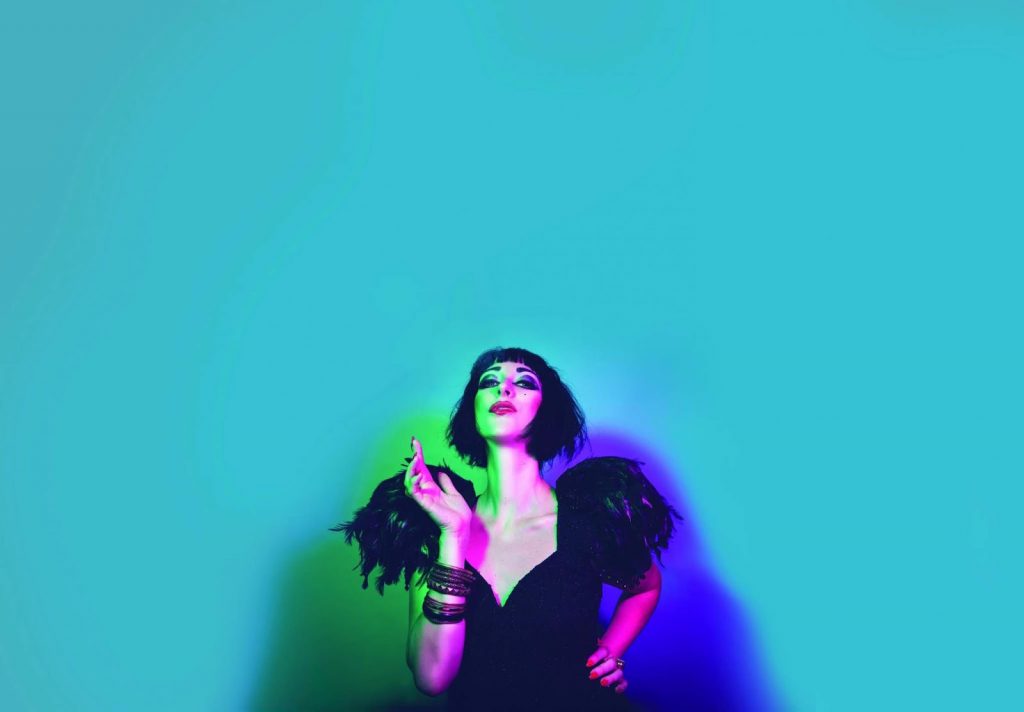 Bernie Dieter presides over Little Death Club – a raucous cabaret experience that allows us to embrace the delightfully debauched in its evening of music, comedy and circus. Little Death Club is decadent hedonistic fun and one of the premiere Edinburgh Festival Fringe’s attractions.

Dieter brings punk-Weimar influenced cabaret with skilled comic bite, delivering tracks that range from the provocative to the profound. With the backing of a live band, Dieter belts out numbers like the opening ‘Let’s Do It Here’ – a hilarious track about spontaneous sex, the outrageously shocking ‘Dick Pic’ and ‘Lick My Pussy’, the gorgeous ‘Cracks in the Mirror’ and ‘The Night Belongs to Her’, and rousing ode to drinking ‘A is for Alcohol’. This music powers the show with an energetic and fiery spirit, impeccably performed in loving homage to Weimar cabaret by Dieter.

Myra DuBois brings a delicious grande diva energy to the Little Death Club with acerbic banter and an amusing half-rendition of former-duet ‘I Know Him So Well’. Marcel Lucont attempts to make sex in lavatories sophisticated with his laissez-faire French charm as he stands in a turtle neck and blazer with a glass of red wine. Incredible aerial gymnastics from Beau Sargent showcase the high standard of physical artistry which the Little Death Club presents. He is an astounding presence to watch, delivering artistry that truly makes the jaw drop. Kathryn McLaughlin’s fire-breathing skills and burlesque fusion maintains the incredible standard of circus skills with a truly energetic, mesmerising performance.

Little Death Club’s variety of sinfully delicious performances result in an outstanding evening of cabaret. It’s razor-sharp punk attitude and the genuine talent of all involved help assert it as a thrilling evening of hedonistic debauchery. Dieter commands the stage with a powerful presence, whilst the rich variety of guest performers deliver further artistic delights.