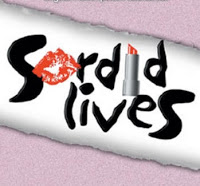 Sordid Lives is a little known independent movie from the mind of American playwright, Del Shores. This movie soon lead to a prequel television series, Sordid Lives: The Series, broadcast on the US TV channel Logo. It’s possibly one of the most overlooked and underrated television series of all time and without a doubt a forgotten classic.


The shows tells of a Southern baptist community and it’s dysfunctional residents. It features some of the most entertaining characters and some iconic stars of stage and screen from Rue McClanahan to Olivia Newton John. The characters and (far too) short episodes are hilariously written by Shores and tick all the boxes to become a cult phenomenon. Leslie Jordan  appears as chief scene-stealer, Brother Boy, an institutionalized homosexual with a Tammy Wynette obsession. Although Olivia Newton-John’s singer with prison time, and a bad reputation under her belt is another of my favourites.


Caroline Rhea, Rue McClanahan, Jason Dottley and Bonnie Bedelia complete the fantastic cast. It also features a wonderful original country soundtrack with some great tracks from Olivia Newton John such as So Bad.

It’s a completely underrated and hugely entertaining comedy series, up there with the greats like Arrested Development. Hopefully, there’ll be more Sordid Lives on the way because after the movie and short lived television series, I’m personally still hungry for more! You can buy signed copies of the movie and series from Shores’ official eBay account.