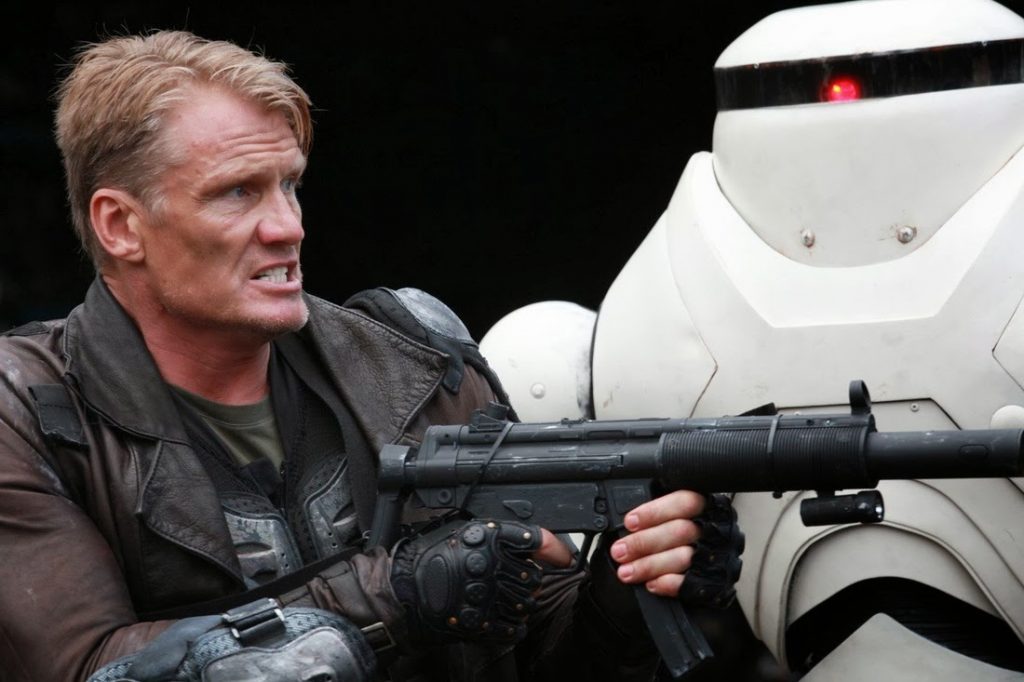 You know what I always find myself saying – there just are not enough films where veteran action stars team up with robots to fight zombies. Fortunately, my prayers have been answered with the arrival of Battle of the Damned which sees Dolph Lundgren take on the undead.

Anything starring Dolph and we’re on board – the actor is still one of the world’s most impressive action stars and continually manages to bring a redeeming quality to occasionally dubious material. It looks like he has chosen a winner with Battle of the Damned which seems like slick good fun with a small dose of bat shit craziness chucked in for good measure.

It hits DVD & Blu-ray on the 26th December 2013, and you know as well as I do that nothing says its the festive season like Dolph Lundgren slaughtering zombie scum.

You can pre-order from Amazon.