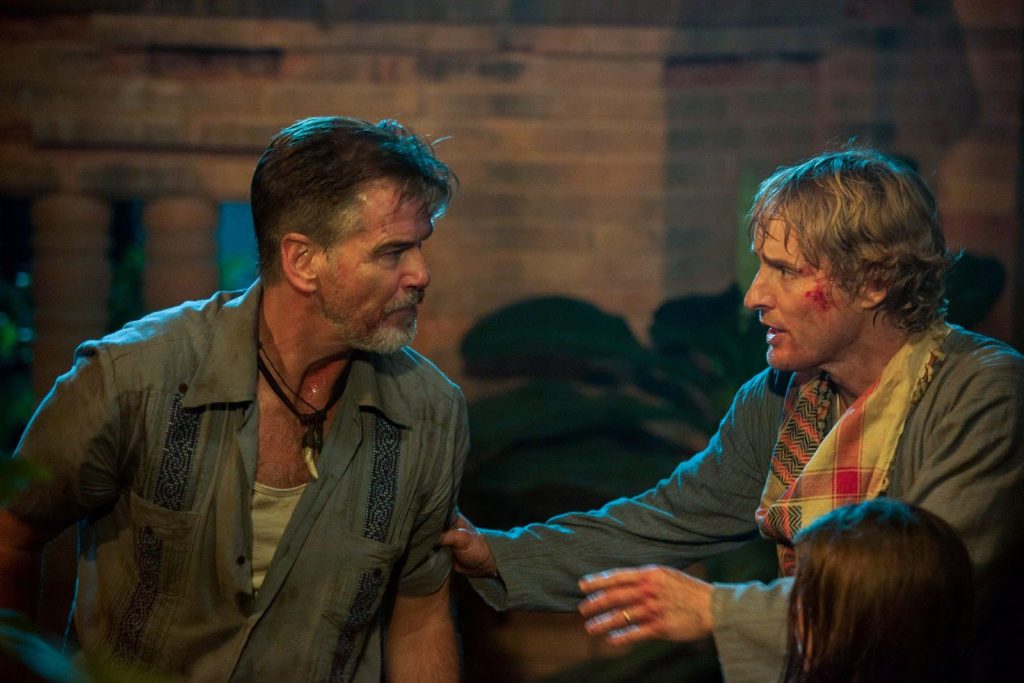 John Erick Dowdle has previously impressed with his horror output: Quarantine, Devil, and As Above So Below, but now the director turns his attention to the action film in No Escape. Whilst its representation of the ‘foreign other’ is undoubtedly questionable, this is a technically accomplished piece that provides well crafted tension that taps into our primal fears with an entertaining B-Movie brashness.

American engineer Jack Dwyer (Owen Wilson), his wife Annie (Lake Bell) and their daughters relocate to a Southeast Asian country for work, however, they find themselves trapped and hunted when a military coup breaks out. The family must navigate through the chaotic urban jungle avoiding the rebels hungry for American blood – they find support in Hammond (Pierce Brosnan) a tough Brit with a secret past.

Let’s deal with the xenophobic angle first. Dowdle and brother Drew’s screenplay is littered with Asian characters that fall into two easily definable categories: the first, bloodthirsty West hating savages; the second, passive collateral damage. Within this representation there are stereotypes aplenty from Hammond’s dim comic-effect buddy “Kenny Rogers” (whose obsession with the American country legend has resulted in the nickname – it is actually quite funny until he slips into the later category) or The Deer Hunter inspired mad-men intent on bloodthirsty vengeance. More could be done to craft a balanced portrait of these Southeastern characters, but given No Escape’s subsequent B-Movie leanings, you can understand why it’s never a priority. 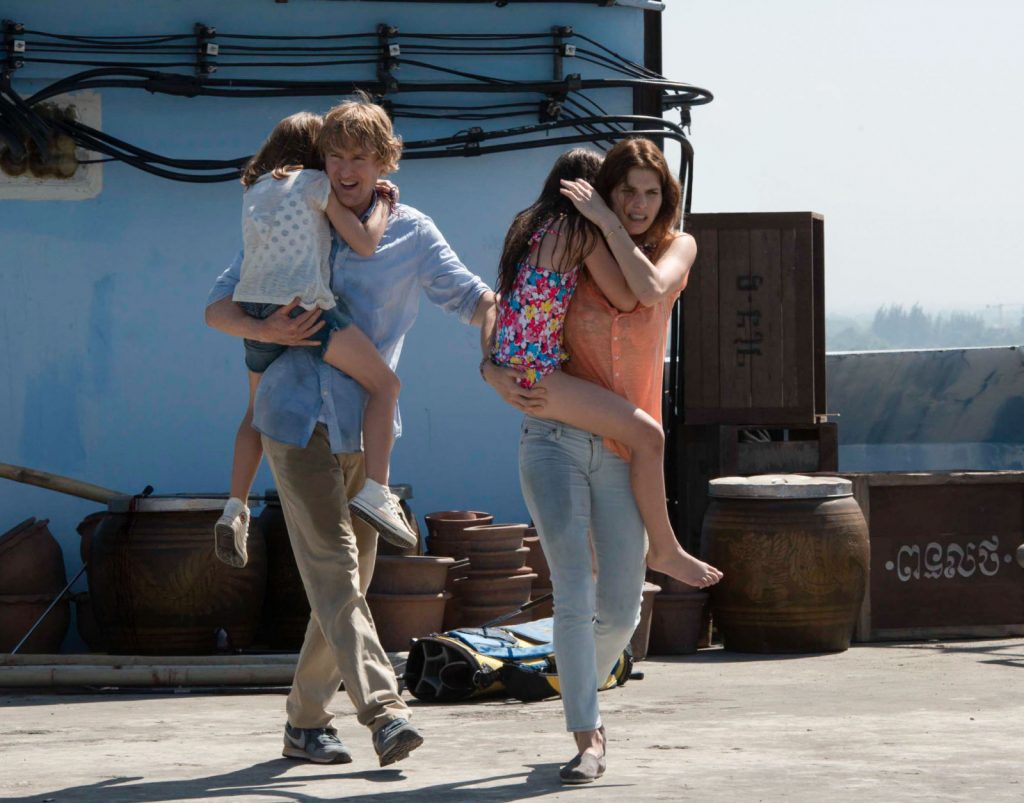 Dowdle’s direction is excellent, however. There is a stirring tension in the scenes showcasing the coup breaking out, with a peaceful Asian market soon breaking out into a full-scale riot between rebels and armed police. Dowdle continues to ramp this up for No Escape’s most-impressive scenes as the Dwyer’s hotel which is attacked by gunmen, who refuse to take prisoners – baring a chilling similarity to recent events in Tunisia. The tension here is consistently unsettling as the Dwyer’s dart around unknown hotel corridors leading up to a subsequent rooftop attack which only heightens the intensity. This tension is occasionally hampered by moments of unadulterated cheese – most prominently captured in a slow-motion rooftop jump scene which would make you think you’re watching an Adam Sandler comedy.

The Dwyer’s subsequent sneaking around the darkened urban environment allows for Dowdle to showcase some impressively staged moments of cathartic B-Movie action – particularly as Pierce Brosnan returns for a handful of scene-stealing moments. The now-craggy action star’s role is about as one-dimensional as his previous post-007 output, but there’s something rather pleasing about seeing the actor belting out throwaway clichés whilst blasting away his opponents. There’s nothing complex about this – it’s brash, dumb and admirably silly – but ultimately has us hooked in from the offset.

Owen Wilson makes a solid lead in this welcome return to the action genre, whilst Lake Bell has a few moments to impress – despite being given the thankless role of ‘Petrified Mother #1’. These characters are, however, actually hampered by the often tedious, clichéd family dynamic as Hollywood once again presumes there is nothing more horrifying than a child in peril. There is.

No Escape isn’t going to provide the complexity of other politically-charged action flicks, but it’s pleasingly brash and unapologetically tense with Dowdle grabbing us by the throat and only rarely slackening his grip.