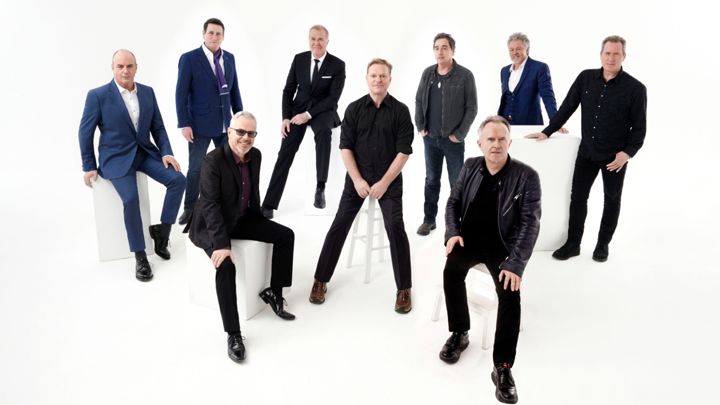 There has been a shortage of great pop music in the first third of 2016 with Adore Delano’s After Party the closest we’ve come to a consistently solid pop release. There have been glimmers of hope from Gwen Stefani (Make Me Like You) but her third album lacked the overall quality we had hoped – and there are still full albums to come from All Saints, Pet Shop Boys, Tegan and Sara, and Nick Jonas to save the year, but currently a host of icons from the eighties have won our hearts.

To coincide with the release of the utterly charming and earnestly feel-good Eddie the Eagle, Gary Barlow fulfilled his dream and produced a companion soundtrack. Instead of selecting prior hits, the Take That frontman teamed-up with some of Britain’s biggest pop stars/groups of the eighties to craft a host of original tracks in the vein of their biggest hits.

Fly features a mix of synthpop, ballads, and blissful eighties pop with the sound refusing to be influenced by contemporary norms and styles, this is an album not simply playing homage to the eighties but recreating every bit of the music from the decade.

Highlights include: Howard Jones synth-pop anthem “Eagle Will Fly Again“, the dark electro-pop of Marc Almond’s “Learning to Fly“, Kim Wilde’s new wave track “Without Your Love” soaring Tony Hadley ballad “Moment“, and the Hi-NRG pop of ABC’s “Living Inside My Heart“. However, there isn’t a weak link on the set with each of these pop stars bringing their A-game,

Fly (Songs Inspired By The Film: Eddie The Eagle) and Eddie the Eagle are out now. Hear the full album sampler below.