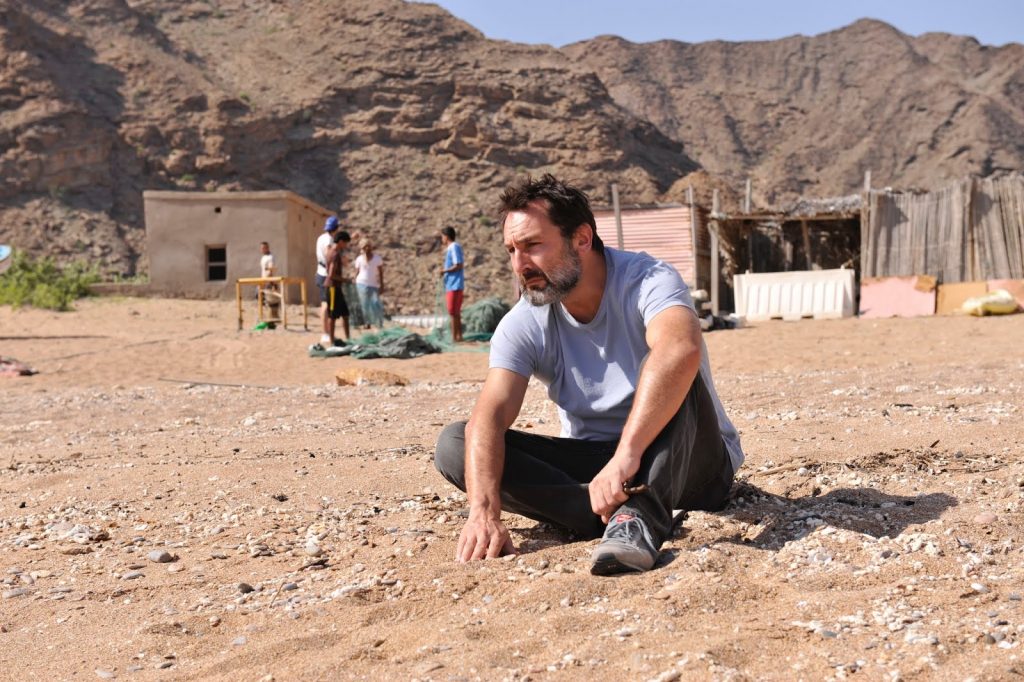 Diving follows a spontaneous meeting between forty-something César and twenty-something Paz. This romance rapidly blossoms leading to the birth of their first child – however, unable to cope with the pressures this brings, Paz leaves to ‘find herself’.

Laurent’s narrative impressively captures the spontaneous excitement of César and Paz’s initial romance. It’s heated and passionate, yet issues begin to develop when the subject of ‘the next step’ comes up. Whilst news of a child excites César, seeds of doubt are apparent in Paz’s mind from the onset. Here Laurent finds most of the narrative drama in exploring how this becomes a burden that traps the free-spirited Paz, driving her to resent both her son and partner.

Due to Paz’s near permanent state of exhaustion and lack of satisfaction, it’s hard not to feel this as a viewer. Laurent’s directorial style is low-key and the first act is primarily composed of dark interior shots, this can give the production a lethargic tone. Aquatic visuals add some life to Diving – particularly as Paz finds joy in tracking a shark which she sponsors – whilst also providing some heavy handed lyrical metaphors about freedom and the confines of the traditional heterosexual relationship experience.

A game-changing shift in the final act of Diving adds some gravitas to the proceedings when the film’s location switches to the Middle East. Here Lellouche gets the chance to excel through an emotionally rich performance and Laurent adds some brightness to the production, despite the tone staying squarely morose.

Diving should be admired for its fine performances and its build up to the dramatic shift in its final act. Aquatic cinematography and some interesting, albeit somewhat heavy-handed metaphors add to the intrigue. However, tonally its quite an exhaustingly sombre watch that builds to a somewhat muted finale with no real sense of catharsis.