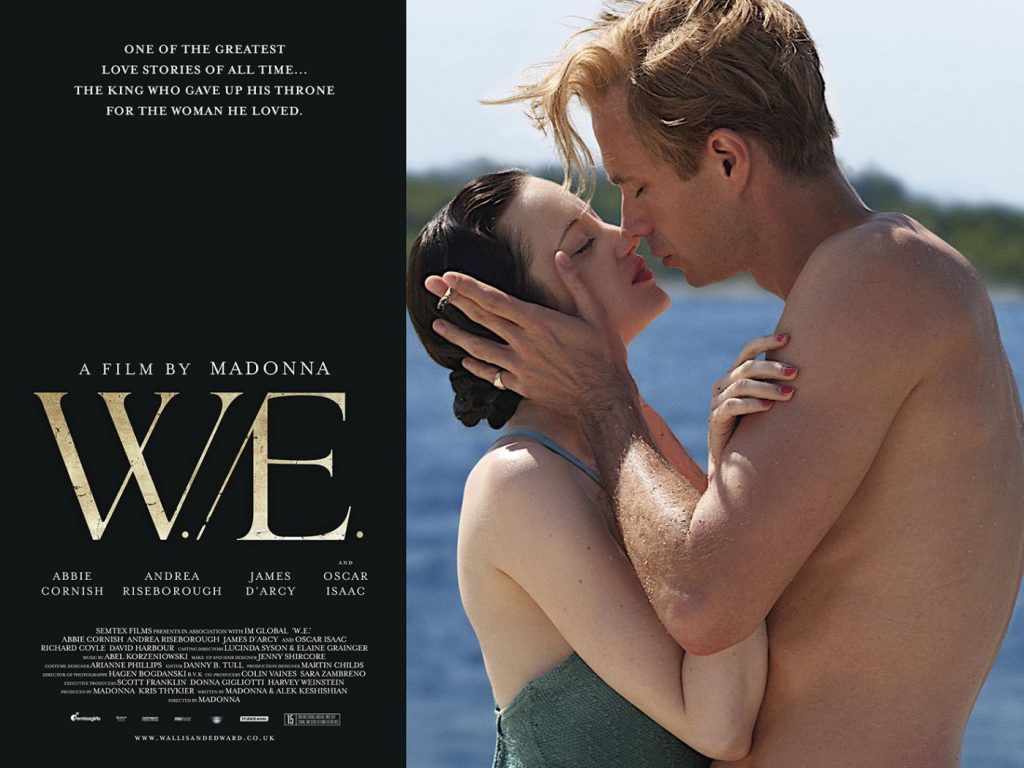 I’ve been excited for Madonna’s W.E. for a long time, so when it received a critical slating at the Venice Film Festival, I was not put off in the slightest. You would have to be quite naive to believe that most of these reviews were not based on preconceived ideas of Madonna’s film career. Yes, I’m a huge fan of her music and I lovingly appreciate her cinematic back catalogue – from the bad to the good, but I’ve tried to be as unbiased as I can with this review (unlike some other critics).  W.E. is Madonna’s take on arguably the greatest love story ever told, that of King Edward VIII (James D’Arcy), who abdicated the throne to be with the woman he loved, American divorcee, Wallis Simpson (Andrea Riseborough). Written by Madonna and Alek Keshishian, W.E. adds a modern twist to the tale with a comparison featuring an unhappily married woman (played by Abbie Cornish) and her romance with a security guard (in the form of Oscar Isaac).


Madonna’s direction is by no means conventional, yet she has an undeniably flair for working behind the camera. Nearly every shot is a bold visual statement from the brutal close-ups of Simpson’s after the domestic abuse from her first husband to sweeping high angle shots of palatial England and the grounds of Windsor castle. Of course, the direction can become cliched and by that I’m talking about pearls being ripped from a neck in slow-motion, but it’s hard to deny this is an aesthetically stunning watch. The visual delights are furthered by some luscious set decoration and art direction, taking the story from high society England to the glamour of Alpes-Maritimes in France. Praise must also go to costume designer, Arianne Phillips, who captures the sophistication of the modern day New York art scene and the classic Royal elegance of the British monarchy. 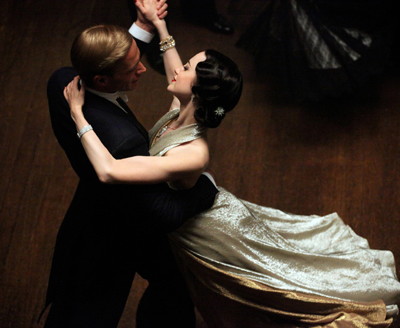 W.E.’s fusion of the old and new makes for an interesting result. The parallels between the modern day romance and present day romance are at points heavy-handed in their obvious symbolism but it makes for an interesting point that love never dies throughout the ages. Madonna seems to have been inspired by the likes of Sofia Coppola’s Marie Antoinette with the fusion of modern music in a classic setting – mainly the Sex Pistol’s Pretty Vacant  which is played in a benzene fueled dance sequence at one of Edward’s parties. Moments like this are a nice touch and a refreshing change from traditional period pieces. Coupled with Madonna’s unconventional direction, these modern twists in a period setting make the film feel more of an art piece than contemporary cinema.

Whilst most critics have found issue with the script – some of it just (mainly some unconvincing dialogue and heavy-handed parallels between the two stories), I was pleasantly surprised – it was an insightful change to see the story of Edward and Wallis told in a non dismissive way and be shown the pain that it caused the couple throughout their lives. Madonna truly captures the couples isolation and imprisonment in France after their exile from the UK and the reluctance of the other Royal’s to allow them back. W.E. takes us until Edward’s ill-health and the couples old age, whilst also showing us their love is very much still alive in a completely touching moment. These period sequences work far better than the more conventional present day love-story, which is far less interesting.

The present day sequence is far less sympathetic mainly due to the character of Wally Winthrop played by Abbie Cornish. Wally is obsessed by the tale of Edward and Wallis – so much so that she spends $10,000 on a pair of Mrs. Simpson’s gloves and spends day upon day in a trance at an exhibition on the Royals. This incomprehensible behavior from the emotionless character seriously damages the present day section of the film. The main saving grace is Oscar Isaac’s turn as a charming Russian intellect, working as a security guard (Oh and he’s also a refugee) who romances the character. Egyptian businessman Mohammad Al Fayed (unfortunately played by an actor) also appears in a rather odd twist to the present day plot. Obviously, Madonna thought the parallel between the two stories was important but the story of the Edward and Wallis is far more successful and interesting than their present day contemporaries. 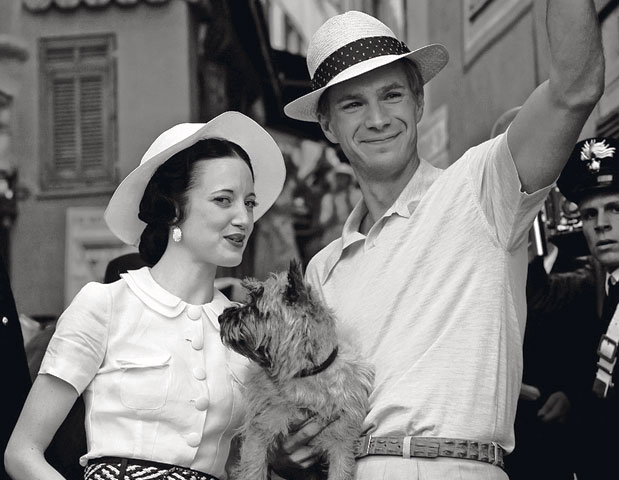 Most of the performances are of a high standard, in particular the wonderful Andrea Riseborough who channels a young Bette Davis. She brings life and passion to the role of the ballsy American divorcee and makes some rather messy dialogue rather credible.  James D’Arcy is also excellent as Edward, a man infuriated by what he describes as his lack usefulness in his exile. There’s also smaller roles for British thesps Geoffrey Palmer, Laurence Fox and his father, James Fox (It’s interesting to think what sort of conversations those three would have had with the Queen of Pop).

One of the strongest elements of W.E. is the flawless Golden Globe winning Masterpiece, a track by Madonna that plays over the end titles of the film. It’s one of the singers most stunning tracks in recent years and works perfectly with the film. Surely no critic can deny that she can sing.

W.E. is by no means a perfect film, Madonna has presented us with a aesthetically beautiful piece of work. Andrea Riseborough and James D’Arcy both give two mesmerizing performances in this sympathetic and unconventional take on a piece of British history.