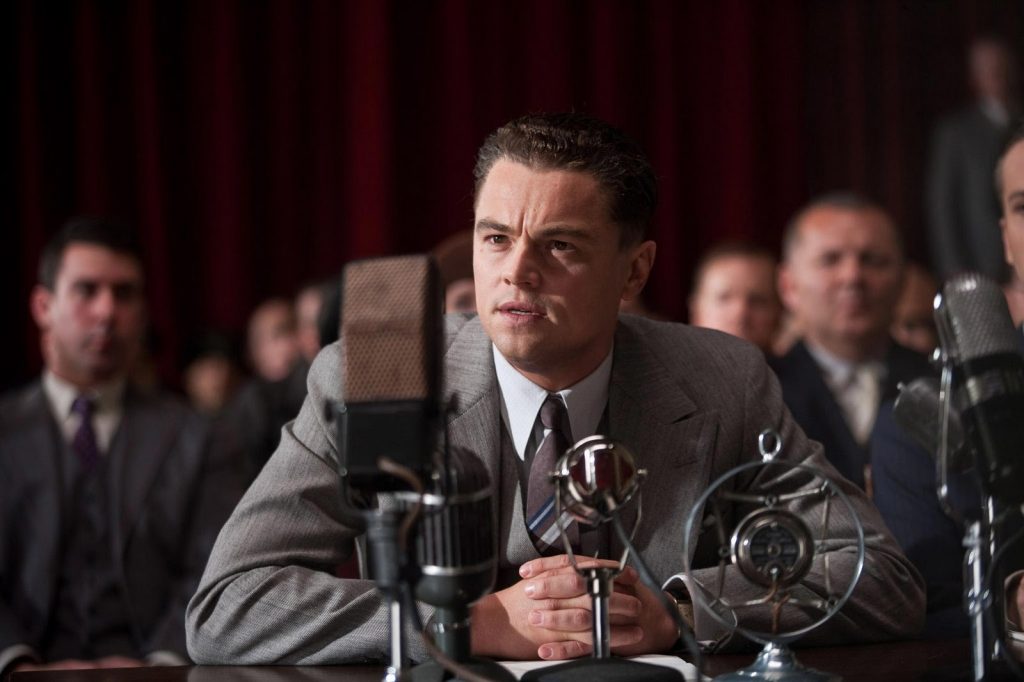 Clint Eastwood’s latest directorial feature, J. Edgar, a biopic on the life of the first director of the F.B.I and formerly one of America’s most powerful figures – J. Edgar Hoover (Leonardo DiCaprio). Eastwood’s film fuses elements of melodrama with a traditional historical biopic for mainly positive results. J. Edgar is constructed through a series of flashbacks of some of Hoover’s most well-known cases, whilst also reflecting on his declining health and increasing paranoia in the 1960/70s. Eastwood also delves into Hoover’s alleged homosexuality with long-time colleague, Clyde Tolson – I bet you never thought you would see Clint directing a gay love story.

Eastwood’s thirty-second feature as director is predictably well constructed and manages to focus on a huge rage of events from the formation of the F.B.I and Hoover’s relationship with his mother and Tolson to Hoover’s role in the gangster wars and solving the Lindbergh baby case. Seeing all these events recreated is certainly interesting, but I would not go as far as to say its exciting. J. Edgar seems to roll along at the same pace throughout, never truly gripping the viewer or building any momentum. If you are simply looking to learn more about Hoover, then J. Edgar is fulfilling viewing. If you are looking for a thrilling look at his involvement in the F.B.I you may be left a little disappointed. However, praise must go to Dustin Lance Black’s screenplay which gives us a balanced portrait of Hoover – he does not simply paint the man as a hero and Hoover’s exaggeration and twists in his achievement are brought into question. 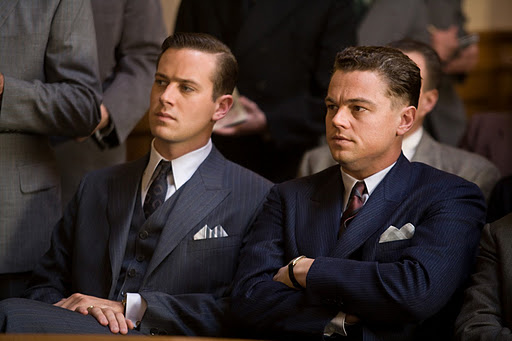 The more melodramatic elements of the narrative – mainly showing Hoover’s relationship with Clyde Tolson is among the film’s finest features. At the heart of this is a torturous love story about someone oblivious to the affections of a person who loves them. We feel a strong sense of sympathy for Tolson (Armie Hammer) throughout due to the treatment he receives from Hoover, a man obsessed with his work and public perception of him. There’s also further melodramatic interest from Hoover’s relationship with his mother (Judi Dench) in one powerful scene where Hoover confesses “I don’t like to dance with girls” (he’d much rather be watching Judy in The Wizard Of Oz, if you get what I mean) to which his mother responds with she’d rather he were dead. However, all the power of this sequence is later diminished in a heavy-handed scene where we see Hoover dress in his mother’s clothes – we get it Hoover was (allegedly) gay.
Leonard DiCaprio generally handles these elements well and once again delivers a solid performance, as has become expected from him. The actor manages to truly capture the inner struggle faced by Hoover combined with his paranoia and obsession with his work. However, DiCaprio’s performance did get me thinking about other actors who have stepped in to iconic roles this year – mainly Michelle Williams in My Week With Marilyn, where despite a lack of physical similarity, the viewer still believed she was Marilyn. Unfortunately, DiCaprio’s performance as Hoover does not have the same effect – I was aware from start to finish that this is simply a performance and I was not completely sold that DiCaprio WAS Hoover regardless of how much make-up was used.

Despite my original reservations on his casting, Armie Hammer does reasonably well as Clyde Tolson and we truly believe he’s a man quietly broken hearted by rejection. Once again, the impact of this performance is soon diminished – this time by laughable make-up – Hammer looks like Johnny Knoxville’s old man character for Jackass. Supporting performances from Naomi Watts and Judi Dench are interesting, albeit the roles have very little to do throughout.

J. Edgar is certainly an interesting film and Eastwood continues to show he is a powerful storyteller with this script from Dustin Lance Black. Leonardo DiCaprio’s lead performance is solid, albeit never achieves a completely believable transformation and whilst we learn a lot about Hoover and the early years of the F.B.I, the film never truly grips, unfortunately left feeling a little flat.