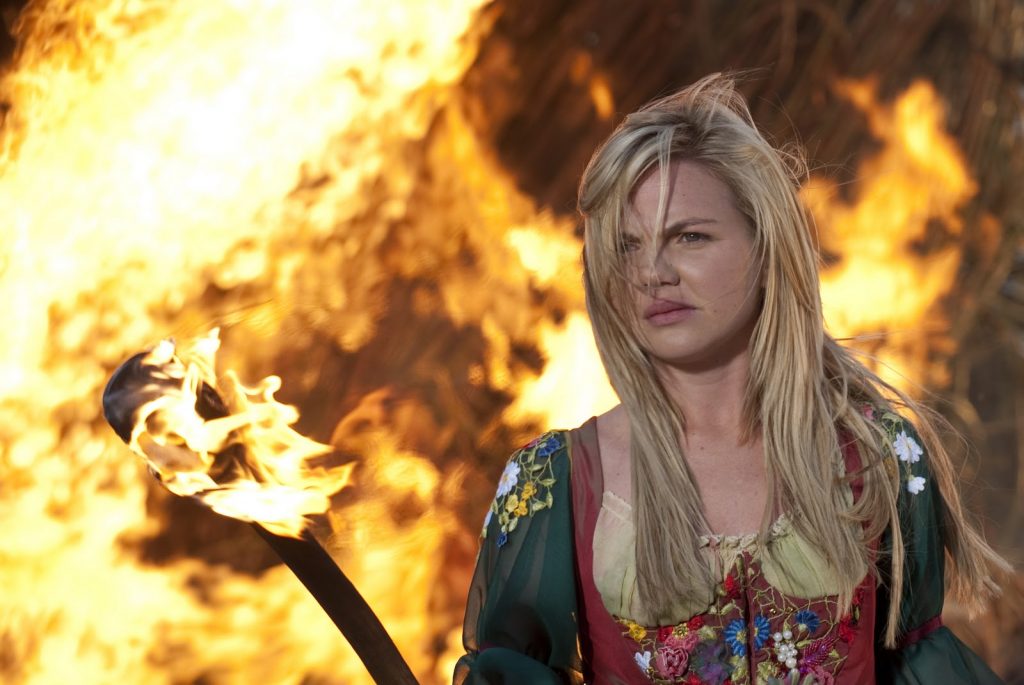 A magnificent fusion of chilling horror, satirical humour, music and eroticism. The Wicker Tree is a cult masterpiece.

Robin Hardy’s long awaited directorial return, The Wicker Tree, is finally on its way after an incredibly turbulent production process. This “spiritual sequel” to Hardy’s 1973 masterpiece, The Wicker Man, explores similar themes to its predecessor but is not directly connected to it. It is simply a return to the genre created in The Wicker Man, an eccentric fusion of humour, eroticism, horror and music and is unlikely to be similar to anything you have seen in recent years. After numerous financial meltdowns, false starts and casting changes, this eagerly anticipated project finally got off the ground in 2008 and I am pleased to say it was worth the wait.

The Wicker Tree follows two young evangelist Americans – Beth (Brittania Nicol) and Steve (Henry Garrett), who set off to preach the word of God to the heathens of Scotland (Hardy’s tongue remains firmly planted in his cheek). Beth, a successful pop star turned gospel singer, and her Texan cowboy boyfriend, Steve and greeted by powerful Scottish couple, Sir Lachlan (Graham McTavish) and Delia Morrison (Jacqueline Leonard) upon their arrival. The evangelical pair are persuaded to come and preach in the Morrison’s home town of Tressock, where they are invited to take leading roles in the annual May Day celebrations – unbeknownst to Steve and Beth, these have sinister consequences.

Before viewing The Wicker Tree, you should be warned that this by no means the straight-forward horror that the trailer implicates. Hardy’s emphasis here is clearly set upon comedy and the satire of religious evangelism. Beth and Steve are two characters who know nothing of the word they preach and when faced with answering some of life’s most challenging moral dilemmas, they simply state “Well, if its in the Bible then it’s what we believe.” These characters shape their lives on this concept, placing their hope in a God that they believe will forgive their past mistakes, and it is this theme of misplaced hope that makes The Wicker Tree such an interesting watch. The pair’s beliefs are further rocked when they are presented with several temptations in the Pagan playground of Tressock, Steve lured away by lascivious temptress, Lolly (Honeysuckle Weeks) and Beth haunted by her racy pop star past, in the form of a frequently played track called, Trailer Trash Love. 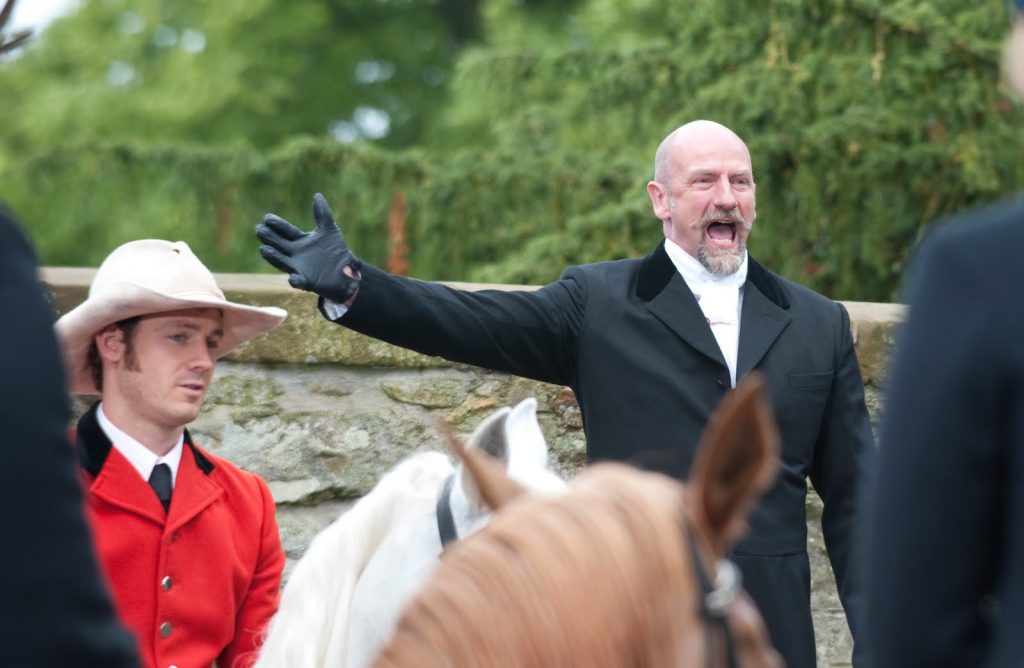 One of the main pleasures of The Wicker Tree is the sense of foreboding throughout, we know the outcome of the film, but it is the ride which Hardy takes us on which makes this feel fresh and exciting. We are treated to a wonderful cameo from Sir Christopher Lee which sums up the main question at the heart of the film – an unidentified older man (potentially The Wicker Man’s Lord Summerisle) states to a young boy: “Can fate be altered? This is a question that every religion has tried to answer. And the answer is almost certainly ‘no’.” The residents of Tressock have turned to the Goddess, Sulis for hope, where Beth and Steve have placed their faith with the Christian God. This theme of Paganism vs. Christianity strikes a chord with The Wicker Man and once again channels the idea of misplaced hope.

Whilst Hardy does turn everything up to its hammiest, from the thick Texan accents to the pagan weirdness, it still does have several chilling moments. Whether the impending, brutal traditions of the Riding of the Laddie and the crowning of the May Queen, match the sheer terror of the burning Wicker Man, is up for debate but they certainly give it a run for its money.

As to be expected, The Wicker Tree’s soundtrack also impresses, featuring a beautiful combination of American gospel and Scottish folk, as well as some trashy country pop. Although it is unfortunate that there is not a Maypole or Tinker of Rye ballad in sight.

Brittania Nicol excels as Beth, showing off a genuinely beautiful voice and a clear acting talent. Beth is deeply flawed but Nicol plays her as such a sweet soul that one cannot help but get attached to the character, despite this. When Beth begins to suspect that she is in danger and confronts the villagers, Nicol is simply magnificent. The role of Steve is also particularly well cast, with Henry Garrett bringing a sense of likeability and humour to the role, as well as a convincing Texan drawl. The pair get the opportunity to show a vast range through the fish out of water elements of Hardy’s script, from a lighter comedic side to equally convincing dramatic aspects.

Perhaps the most challenging part to fill is that of Sir Lachlan, a role originally written for Sir Christopher Lee (which he was unable to play, due to back injuries on the set of The Resident) but Graham McTavish manages to make the part his own, bringing a sense of gravitas, intelligence and charisma. Despite several big name actresses in the running for the role of Sir Lachlan’s wife (including Faye Dunaway, Vanessa Redgrave & Joan Collins), Delia was eventually played by British soap star, Jacqueline Leonard. Leonard is impressive, channelling Dynasty’s Alexis Colby in this sly and manipulative turn. Foyle’s War star, Honeysuckle Weeks steps into the role of Lolly (possibly The Wicker Tree’s Willow), a character torn between her pagan beliefs and the man she loves. Weeks also picks up a rather strong Scottish accent, which provides some laughs in several of the more erotically charged scenes that she features in. There is also Clive Russell in the wonderfully entertaining role of Beame, the Morrison’s butler.

Being a fan of Hardy’s source novel, Cowboys For Christ, I did find that several interesting scenes and details had been left out. The Wicker Tree is by no means a long film, at only 92 minutes – it could have benefited by spending more time on the film’s final showdown, but given budget constraints this may not have been possible.

The Wicker Tree is truly a one of a kind cinematic experience. Like its thematic predecessor, The Wicker Man, it fuses humour, eroticism, music and horror, with utmost success. The horror comes second to these other aspects, however, with The Wicker Tree’s key focus being on its successful satire of religious ideology. Robin Hardy has presented us with a magnificent cinematic romp and one of the most entertaining pictures in recent years.