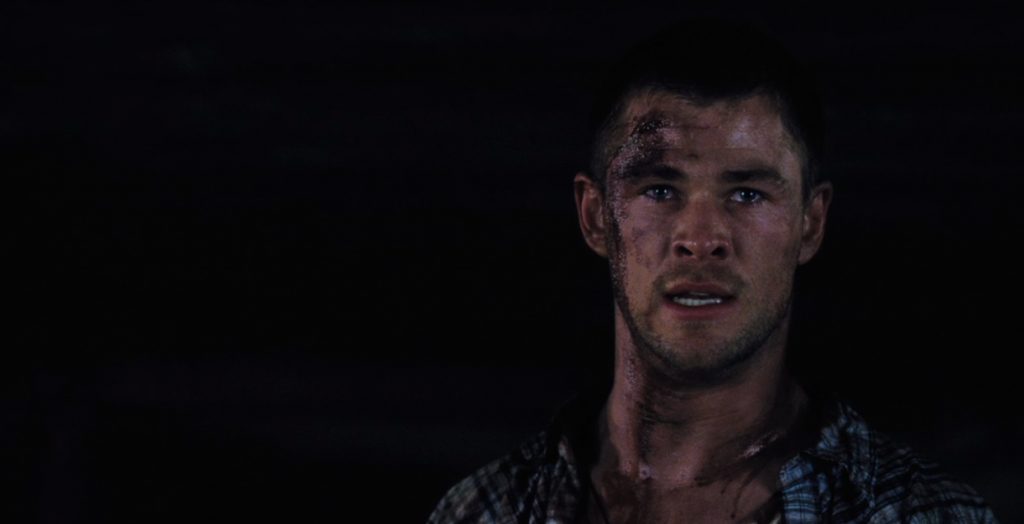 The Cabin In The Woods follows five friends who plan a weekend of partying at a remote woodland cabin. Upon arriving at the cabin, the group make a shocking discovy, realising that all is not as it seems. As the tagline so concisely puts it “You think you know the story” but director/co-writer Drew Goddard and co-writer Joss Whedon, take us an a ride which reconfigures the very principles of the horror genre.

I’m going to try not to delve much further into the plot than I already have in my vague summary. The Cabin In The Woods is a far more enthralling experience if you go in knowing as little as possible – even the trailer reveals a little too much, but it does let you know one crucial detail – this is not a typical genre film. Goddard and Whedon have created a completely unpredictable and self-aware horror puzzle, that plays with traditional genre clichés – almost in a similar fashion to the way Wes Craven’s Scream reshaped the slasher film.

The Cabin In The Woods is particularly effective at keeping viewers on their toes, with a host of completely unpredictable scares, even the title screams at you in an unexpected moment. Likewise can be said for the plot, we are lead down the route that implies The Cabin In The Woods is your typical Evil Dead style horror picture, with only a few clues that this delves far deeper than that. As well as this respectful homage to Sam Raimi’s Evil Dead, the humour was also slightly reminiscent of his most recent foray into the genre in Drag Me To Hell. There are some elements that even feel inspired by the outstanding 1973 cult sci-fi, Westworld. 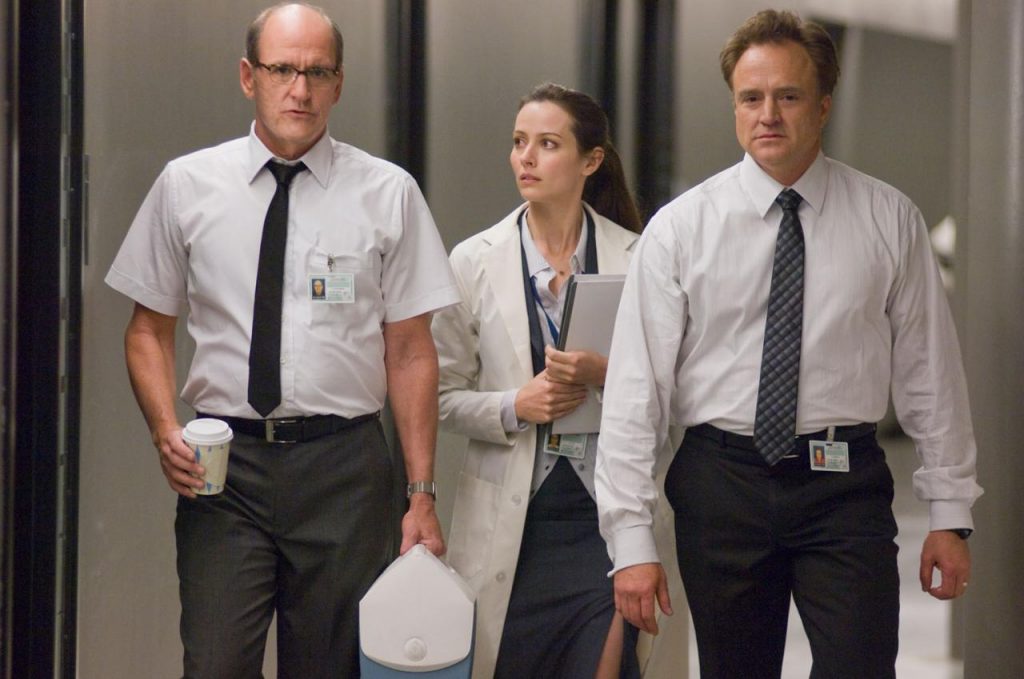 Nothing is as we expect in The Cabin In The Woods – elements that would be classed as horror clichés are poked fun of or twisted into completely original scenarios – including reading ancient Latin inscriptions to exploring the darkened woods. There are surprises round every corner.

The young stars are all convincing and well cast with the clear standouts being Kristen Connolly and Chris Hemsworth, both leaving a lasting impact on the viewer. However, on top scene stealing form throughout, is Richard Jenkins and Bradley Whitford, two roles that I shall not expand on. All I will say about them, is look out for a rather hilarious scene involving the pair using a speakerphone. Also, look out for a cameo from a true cinematic icon in the film’s spectacular conclusion.

The Cabin In The Woods is an exceptionally thrilling ride, where watching Goddard and Whedon play with the genre conventions is a sheer pleasure. This a highly entertaining fusion of classic horror/sci-fi nostalgia, slapped about with an edgy modern twist.