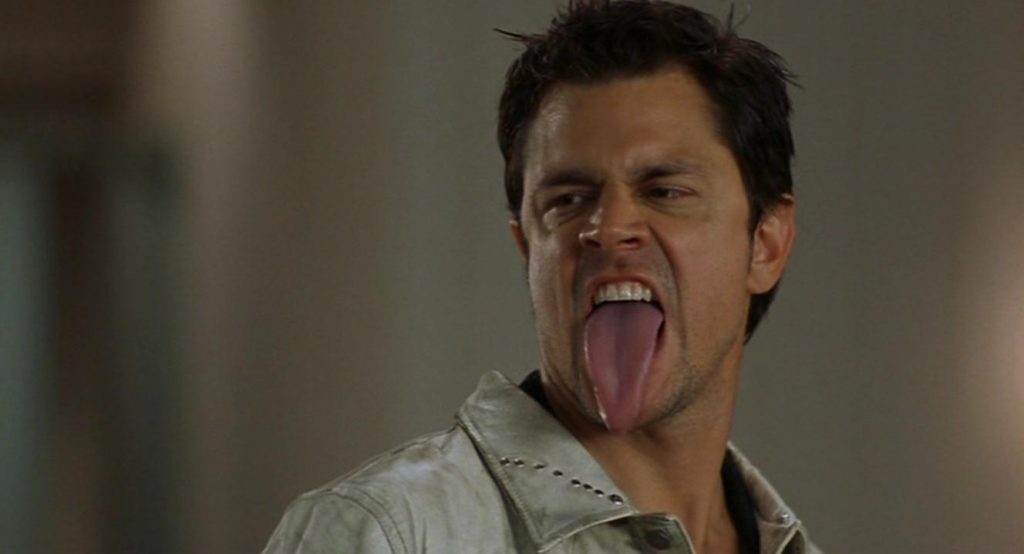 It is unfortunate that we have approached the last film in our John Waters Retrospective, but it’s clear that Waters is a man of quality over quantity. For his most recent feature (as of 2012) he has launched an all out attack on good taste, in his explicit return to the territory of Pink Flamingos and Female Trouble. This unashamed crudeness would lead to A Dirty Shame being slapped with an NC-17 rating, as opposed to his desired R rating.

A Dirty Shame once again takes us to suburban Baltimore, where the highly-strung Sylvia Stickles (Tracey Ullman) receives an accidental concussion – she wakes as a lusting sex addict and is guided by fellow sex addict and ‘saint of sex’, Ray Ray (Johnny Knoxville). Sylvia joins Ray Ray in his quest for the ultimate orgasm, much to the disgust of many of the repressed Baltimore residents, known as ‘neuters’ who attempt to stop this.

Coincidentally, that was an incredibly challenging plot description to write, because plot actually plays very little part in A Dirty Shame. The film itself is a string of hilarious sexually charged incidents which act as a sort of organised chaos. Sexual anarchy fills the streets of Baltimore, where the neuters wish to control and inhibit the puritanicals in their pursuit of pleasure. This proud portrayal of filth, successfully stands as an attack on the curbing of freedom of expression.

Obviously given the subject matter Mr. Waters gets the chance to bring a vast array of shocking and very often amusing fetishes to the table: from town’s law enforcement officers’ infantilism, the bear subculture and the frankly bizarre, splooshing.  These are simply three of the most memorable, there is something discovered in almost every sequence. The most amusing are the bears, however. Everyone in the gay community knows about bears but they are just making their way into the mainstream recently – the bears are a family of homosexual, hairy, overweight older men – as they put it “We’re husky, we’re hairy, we’re homosexual and we’re out of the second closet. And we can cundle all night!” 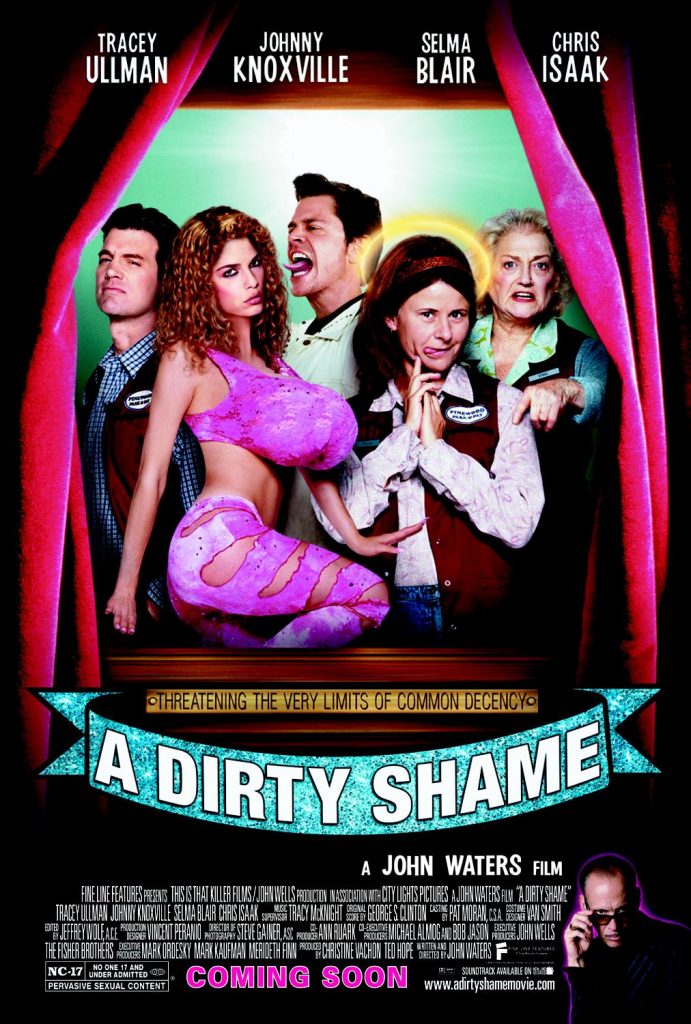 All these obscure fetishes are somehow complemented by Waters’ choice of an ‘innocent’ soundtrack which is given a new meaning, including  ‘Open Up Your Heart (And Let The Sunshine In)‘, ‘Smokey The Bear‘ and ‘The Pussy Cat Song’. Waters’ even puts a twisted spin on ‘The Hokey Cokey‘, in a outlandish and unforgettable scene that takes place in an old folks home, involving a plastic water bottle being picked up (and not with hands).

The dialogue also feels as memorable as Waters’ earlier features, with several instantly quotable lines. Mink Stole appears as neuter who exclaims: “I found a dildo in my neighbor’s wishing well!” and fellow Waters’ regular Patty Hearst appears as a former sex-addict lured back into her old ways. Respected Broadway actress Suzanne Shepherd takes the role of Big Ethel, the head neuter (a role which surely would have gone to Divine, had he still been alive). Shepherd gets some wonderful lines, bringing a unassuming comic intensity to the role, especially when shouting lines like: “We got blatant homosexuals shopping right in our store. They eat life you know. Sperm!” and “Did you see those new neighbors moving in? Grown men with hairy legs prancing around half-naked? “We’re bears.” What the hell is that supposed to mean?!”

There is also a perfectly unhinged turn from the charismatic, Johnny Knoxville, who exclaims “I’ve got a hard-on of gold, and my tongue is on fire”. Knoxville clearly intended as draw for younger audiences, like Stephen Dorff in Cecil B. Demented,  fits perfectly into the world of John Waters. Tracey Ullman also shines in the role of Sylvia – seeing the transformation from repressed prude to rampant sexpest allows for some madcap comic moments from the actress. There is a riotous subtitled scene where the recently concussed Sylvia goes to work at her store and misunderstands several customer requests. In rather odd spots of casting, Chris Isaak appears as Sylvia’s husband and Selma Blair pops up as her breast-enhanced daughter.
For some sheer moments of random trashy genius A Dirty Shame is perfect – where else are you going to see a grown man dressed as a baby shouting “Baby just shaved his balls.” Waters’ also experiments with some awful CGI which looks somewhat cheap and nasty but incredibly fitting with the trashy tone of the film.  However, I just wish these CGI squirrels had featured slightly less.

A Dirty Shame is a proud tidal wave of crudeness, which is hugely amusing and takes us back to Waters’ obscenely trashy routes. It is by far his best work and hopefully not his final feature, but still a wonderful romp in trashville.