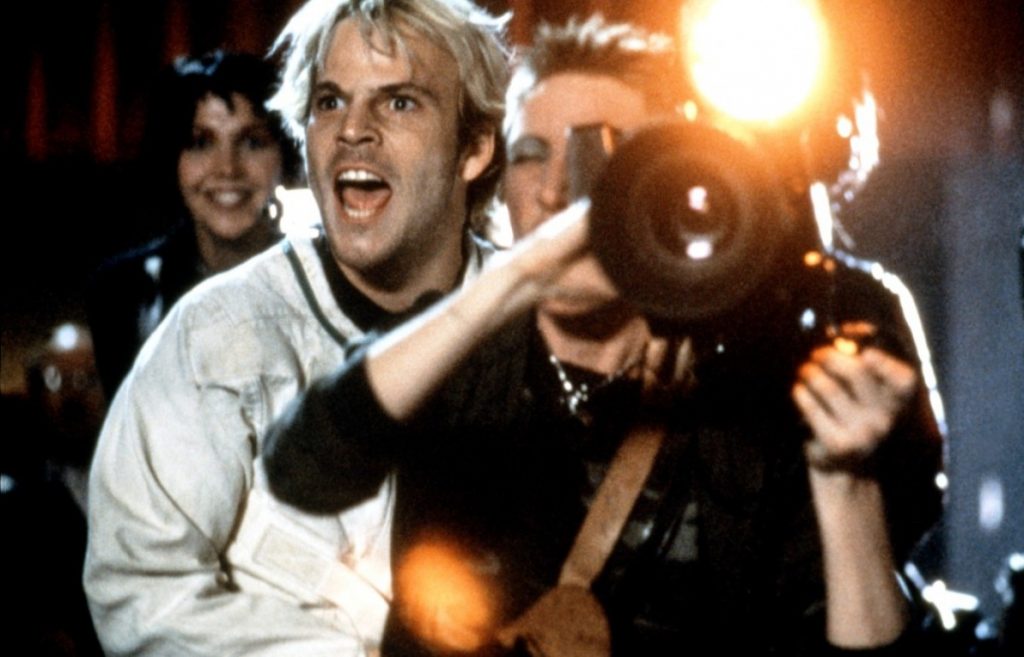 
Pecker was fun but Waters really showed us he was still the Prince of Puke with his next feature, Cecil B. Demented. Am I biased because this was a collaboration between one of my favourite directors (John Waters) and one of my favourite actors (Stephen Dorff)? Most likely, but I still stand by the fact Cecil B. Demented is a masterpiece. The Pope of Trash seems to have found the perfect balance between mainstream and underground cinema, which is coincidentally the subject he sends up.

Cecil B. Demented (Stephen Dorff), a young guerrilla filmmaker declares war on mainstream cinema and with his makeshift crew kidnap a Hollywood actress, Honey Whitlock (Melanie Griffith) to make the ultimate underground film. What follows is a hugely intelligent, magnificently trashy satire on the world of cinema, both independent and  mainstream.

There are some striking parallels to Waters’ own beginnings in the world of cinema, with Cecil’s crew reflecting a more extreme version of the director’s Dreamlanders. There is a certain irony in Waters’ casting of reasonably well known stars in these roles from Dorff to Maggie Gyllenhaal and Adrian Grenier. It is this fusion of underground chaos and mainstream that makes Cecil B. Demented such an interesting watch, both under fire from Waters’ satirical eye. The mainstream is attacked for it’s lack of originality (something that no one can say about Waters’ work) reflected in one of the productions attacked by Cecil’s guerrilla group, Forest Gump 2. The director even screams  “Nobody can stop the popularity of Forest Gump” – Waters manages to encapsulate Hollywood cinema in one line of comic dialogue. 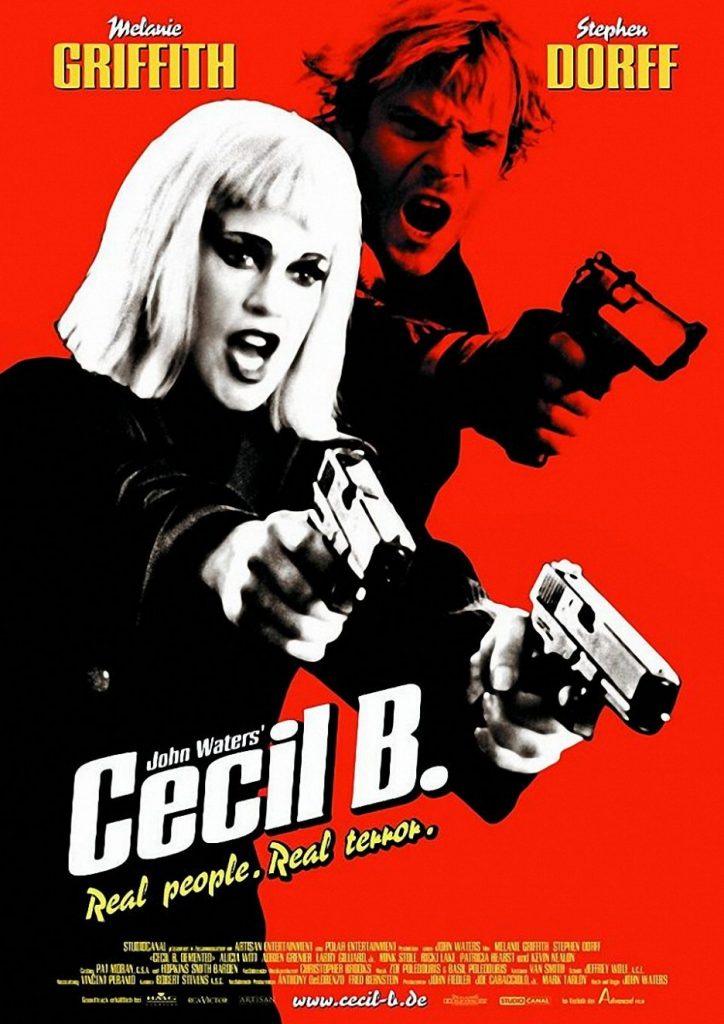 Cecil B. Demented is not jut an attack on the mainstream – Waters’ also tackles the pretentiousness of the world of underground and independent cinema, where everything is taken ridiculously seriously. This is reflected in the tattoos of the crew; each donning the name of a cult director on their skin from David Lynch to Pedro Almodovar and Kenneth Anger to Otto Preminger. There are several laughs in the sheer outrageous seriousness of Cecil’s film with scenes where the cast shout: “It’s that fucking multiplex, they were sold out last night”, to which another responds in horror “Not for The Flintstones sequel!”. Waters’ satire on the world of underground film would not be as successful without Stephen Dorff’s pitch-perfect performance – he plays Cecil straight, even when directing the most pretentious scenes, he is a man with a vision.

Waters’ also pokes fun at the movie world in a more general sense including an outlandish attack on cinema snack prices and quality, as well as playing with the role of the facile, spoilt Hollywood actress. Griffith’s unforgettable turn as Honey Whitlock allows her to ham it up, including scenes featuring movie star strops at entourages (including Tracey Turnblad herself, Ricki Lake) to delivering the Cecil’s outlandish dialogue when she becomes a part of his crew.

Cecil B. Demented feels like Waters’ most focused work in a long time. The director has a clear message about cinema and not taking it too seriously, and shows us a great time whilst channeling it. Perfect performances from Stephen Dorff and Melanie Griffith as well as appearances from Waters’ regulars: Ricki Lake, Mink Stole and Mary Vivian Pearce; help to make this Waters’ most enjoyable since, Serial Mom, and one of the finest of his career.

Next: A Dirty Shame
Previous: Pecker