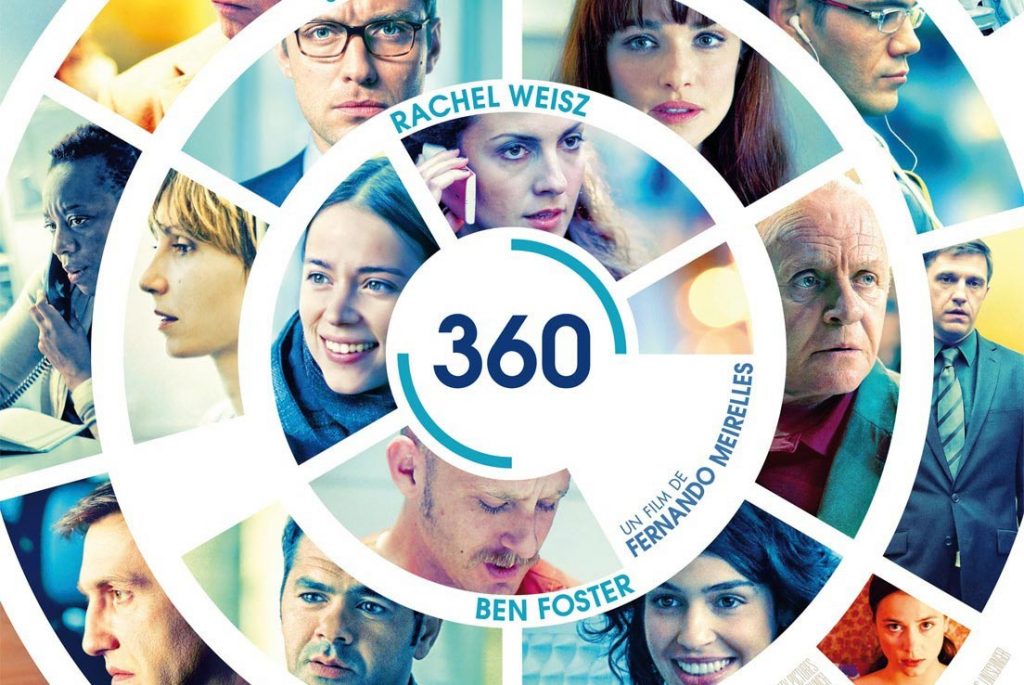 Fernando Meirelles’ thoroughly impressed with his features City Of God, The Constant Gardner and the underrated horror gem, Blindness, however the director’s latest release – ensemble drama, 360, proves to be a far patchier affair than his previous work.

This drama centres on the lives of an array of interconnected people all of whom are at turning points in their lives. Based on a screenplay by Peter Morgan (Hereafter, Frost/Nixon), 360 takes us to several different countries and introduces us to an eclectic mix of characters from businessman, Michael (Jude Law), his wife (Rachel Weisz), a recovering sex offender (Ben Foster) and an older man searching for his missing daughter (Anthony Hopkins).

Meirelles’ feature should be an intimate and personal affair, after all we are shown these characters at crossroads in their lives. There are several fleeting moments when the director captures this perfectly (such as Hopkins’s turn as a father unsure whether to continue his search for his missing daughter) but for the most part, too little time is spent with each character to fully sympathise with their journey. This is partly due to an excessive amount of characters and trying to connect them often results in a clunky and uneven, patchwork-style narrative.

Had 360 devoted more time to less characters then it may have proved a more coherent and powerful piece. The opening promotes the theme that sex influences many of our decisions, which can be seen through Jude Law’s married businessman attempting to meet an escort, when on a business trip in Bratislava whilst his wife (Rachel Weisz) continues an affair with a young photographer. This segment also allows for some solid performances from Law and Weisz. However, as the connections become more and more contrived this message begins to lose impact bringing 360 to a standstill.

Fortunately the appearance of Anthony Hopkins midway through the feature sparks some life into the tired, 360. The Welsh star features as a John, a man travelling to Arizona to identify the body of a young girl, who may be his missing daughter. On his flight John meets a young Brazilian girl, who reminds him of daughter and helps him decide whether or not to continue to his search. Hopkins truly dominates the screen with his heartfelt performance, particularly when his character delivers a touching monologue about his search. Meirelles’ handles the scene beautifully and this is without doubt, the highlight of a disorganised film. Sadly, 360 faces a rapid decline after this promising sequence with a formulaic and unconvincing pitfall featuring Russian gangsters bringing the film to a hault.

The conclusion of 360 tells us that we have come full circle, however, it is hard to agree with this as it seems the film stalled at 180 degrees. Despite a promising opening, 360 is a lifeless and tired film lacking in any distinct physical style or charm. The loose thread of human relations that connects it feels bogged down by too many characters and an unfocussed, clunky narrative. The performances prove to be the main highlight, most notably Hopkins’ thoroughly watchable turn.