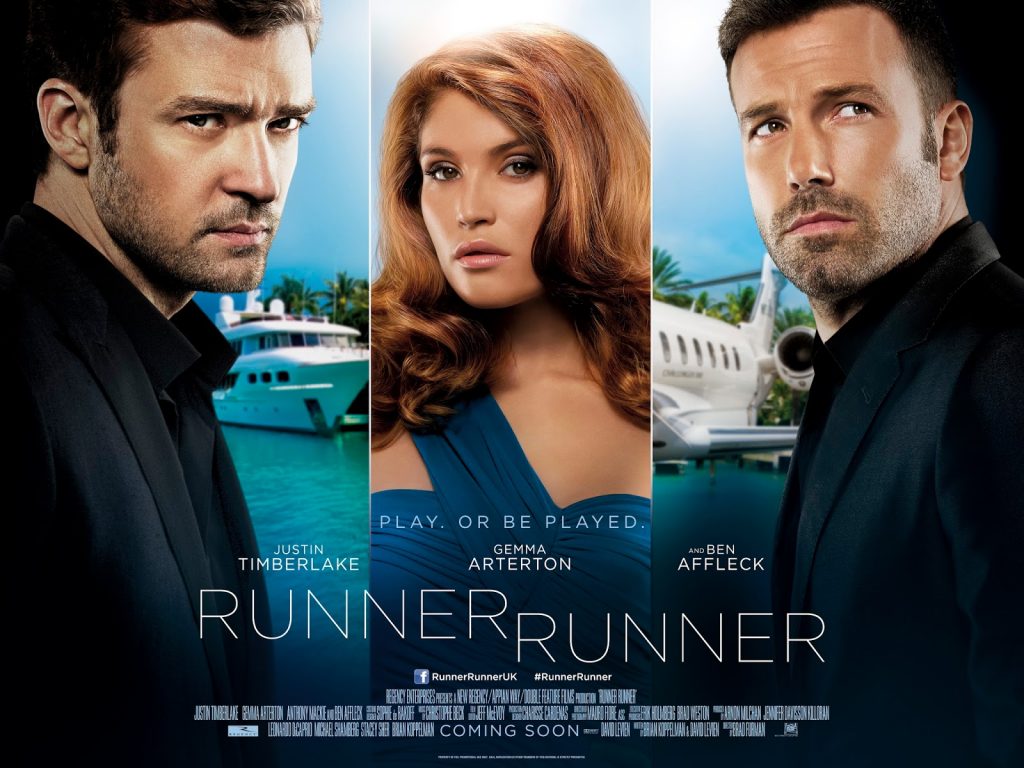 We’re not going to lie, we’ve gotten quite excited about Runner Runner in the past few days. Recent weeks have seen Ben Affleck and Justin Timberlake make a slew of headlines – Affleck for taking over the Batman role and Timberlake for his triumphant MTV VMA performance. The thought of seeing these two men of the moment collaborating, alongside the much-loved Gemma Arterton sounds very promising.

Richie (Justin Timberlake), a Princeton college student who pays for school with online gambling, bottoms out and travels to Costa Rica to confront the mastermind, Ivan (Ben Affleck), whom he believes has swindled him.Ivan sees a kindred spirit in Richie and brings the younger man into his operation. When Richie comes to fully understand the deviousness of his new boss, he tries to turn the tables on him.

It just so happens that Fox have released a variety of clips for Runner Runner – as well as a swanky looking poster which you can see above. We’ve included these new visual delights below for your immediate attention.

Runner Runner hits UK and (a few) European cinemas on the 27th of September, followed by a US release on the 4th of October. In the meantime, stay away from online gambling sites and nasty lone-companies, regardless of what Kerry Katona tells you.