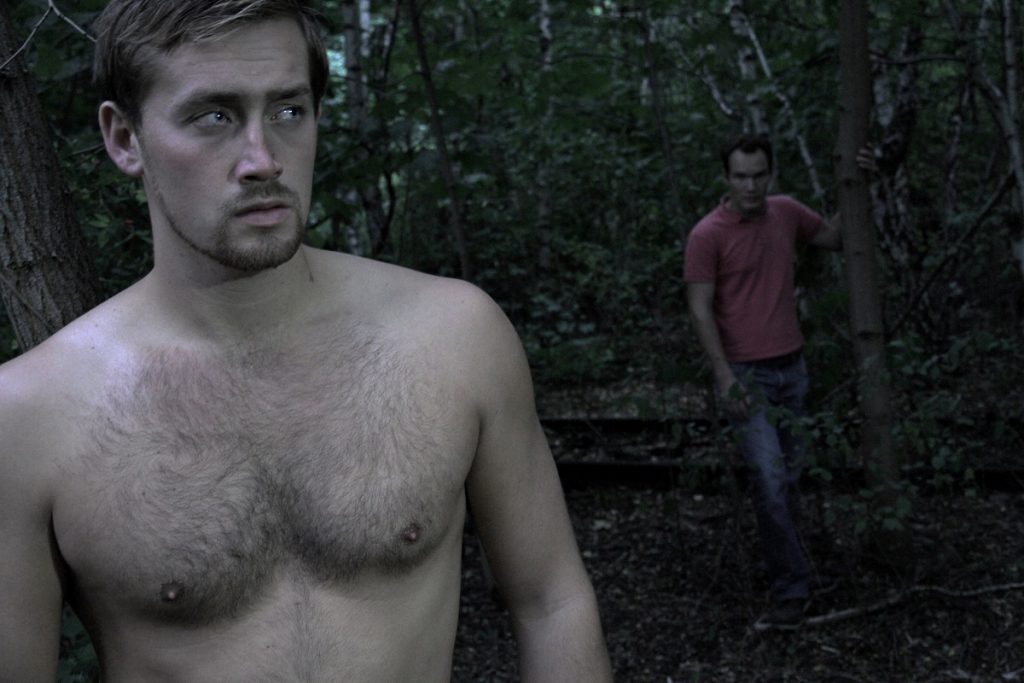 Tor Iben’s provocative The Year I Lost My Mind was the focus of last week’s Queer52 instalment, but we take things back slightly with his previous film, The Passenger. This 2012 thriller follows two artists drawn into the world of a handsome bisexual serial killer.

Phillip (Urs Stämpfli) meets Nick (Niklas Peters) – a handsome stranger who draws him into his world. Yet Nick also romances Lilli (Lynn Femme) who is similarly captivated by his presence. Unbeknownst to these artists, Nick is a serial killer with deadly intent.

Niklas is an entrancing screen presence and its understandable why Phillip and Lilli would be drawn-in by his rugged charms. Yet Nick is more than just a ruggedly handsome face, it’s clear he does have genuine feelings for his potential victims, despite his intention to kill them both when he departs Berlin. Yet Iben keeps his characterisation of Nick vague and his narrative does not delve too much into his back story or motivations – presumably to keep him as a mysterious presence, however, it results in a watch that feels half-baked an underdeveloped.

Yet where The Passenger does shine is the slow build up of the dynamic between the three leads – it is a gradual, near seductive ascension to macabre events and Iben has fun constructing this – before destroying it. But The Passenger only clocks in at 60-odd minutes. It feels underdeveloped and half-baked in some aspects.

A little bit more development of the character of Nick, a slightly more sustained runtime, and a bigger emphasis on shocks/thrills would have been a step in the right direction for The Passenger. Thankfully, Iben’s filmmaking is sharper in his later pictures – but this is nonetheless an interesting little film.

The Passenger is streaming now on Dekkoo.