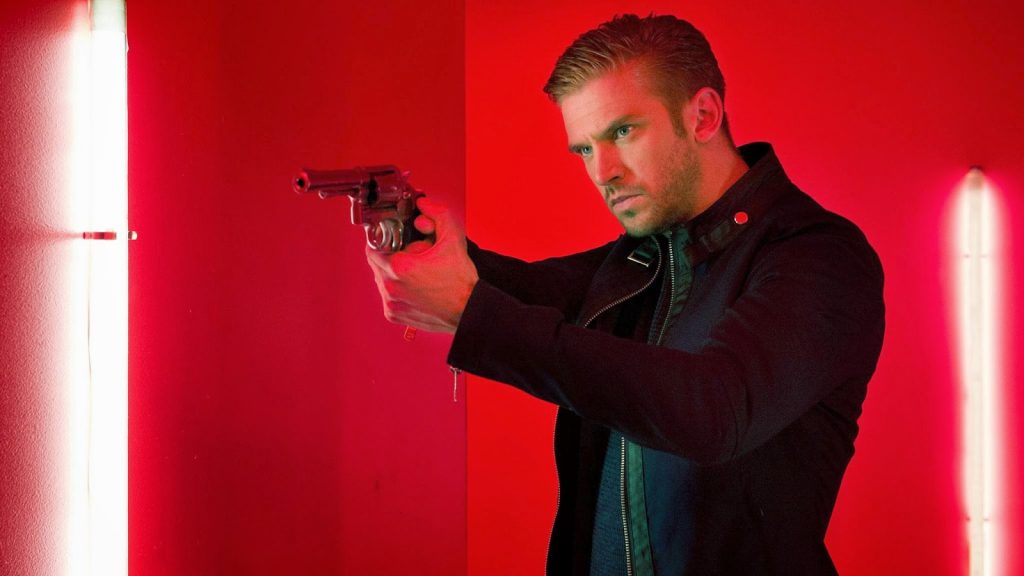 What? The slightly podgy looking guy from Downton Abbey has only gone and done a Chris Pratt on us. Yes, Dan Stevens has transformed into Ryan Gosling’s sexy little brother for upcoming horror thriller The Guest which hits cinemas next month.

Stevens plays an Iraq veteran who goes to visit the family of his deceased brother in arms. However, after working his way into the family it is revealed that he may not be who he says he is.

Directed by Your Next and V/H/S’s Adam Wingard the project looks set be a bit of genre bender incorporating elements of action, thrills and horror. The story may feel a little weeknight television movie, but we are intrigued nonetheless with Wingard’s involement and the fact that this could launch Stevens as an international leading man.