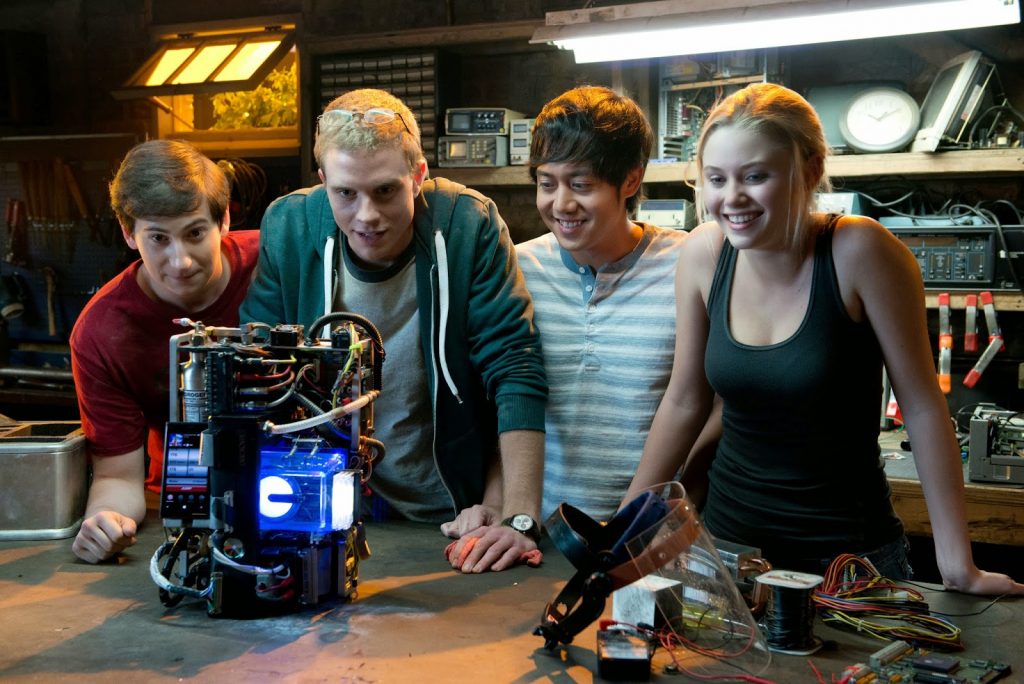 Time travel goes low brow in Project Almanac – a handheld romp that reads like Project X meets Back to the Future. Sadly this Michael Bay produced flick is as horrible as that prospect suggests.

The debut feature from director Dean Israelite sees a group of High School kids discover the secrets of time travel. It’s not long before the group start using their new tool to fix past mistakes and treat themselves – although they soon discover the meddling with the past has troubling consequences.

I’ve actually done a bit of a service to Project Almanac by chucking out titles like Back to the Future or even Project X in comparison as both are vastly more entertaining (well, maybe not Project X). With the time travel concept there comes an infinite wealth of possibilities and directions that screenwriter Andrew Stark could have taken the film in but sadly the end result is something which flat out bores and wastes the potential fun found in its concept. What we have is a stylistically chaotic found-footage film that does little more than show its protagonists going to a Coachella-esque musical festival and winning the lottery. Forget about countless years of history worth exploring let’s check out this rockin’ band at Coachella.

It’s understandable that the team behind this might be interested in making a more personal or smaller found-footage picture (e.g. The Butterfly Effect) but this seems like a flimsy excuse to present banging parties, dumb pranks, and the usual inane nonsense we have seen in the loathsome Project X or 21 and Over disguised as a time-travel film. Given this, things get repetitive fast and by the time the slightly more ambitious ‘things start to go wrong’ side of thing begins to rear its head, it’s far too late.

Vacuous supporting characters hamper a somewhat sturdy lead performance from the quite-good Jonny Weston, and the handheld structure has well and truly outstayed its welcome in this case. The unrestrained camera movement verges on unwatchable – especially when coupled with cheapish time ripple effects or bumping music crowds.

Project Almanac feels tired from its onset. We’ve seen the raucous, grating American teen-comedy shtick dozens of times, adding a flat-out dull time travel twist to the mix really does nothing to quicken the pulse or engage in the slightest. This is just an unpleasant experience both in narrative and aesthetics.