There have been three Matthias Schoenaerts films released in the UK in little over a month (Suite Francaise, A Little Chaos and Far from the Madding Crowd). We love Matthias. As well as being one of the most charismatic and broodingly intense actors working today he’s Belgium’s most beautiful export.

We’ve decided to have a general celebration of all things Schoenaerts in our new feature Mad About Matthias where we’ll be bringing you a light-hearted look at the actor’s films from today’s Linkeroever from 2008 to his most recent, Far from the Madding Crowd. Expect Flemish, swooning, and some terrible film criticism as we begin our Matthigical journey. 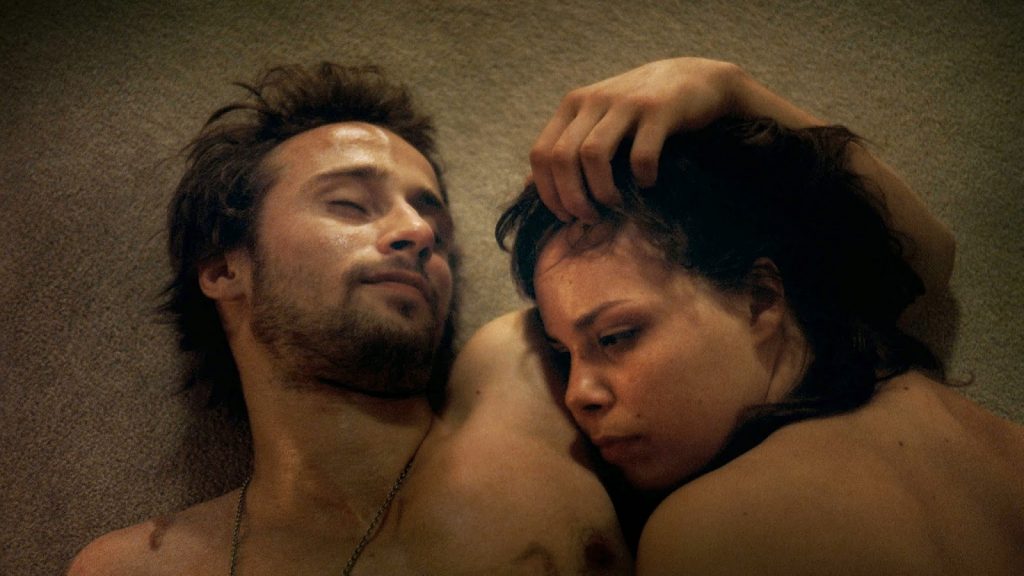 We’re ashamedly somewhat unversed with Belgian horror, other than giallo godsend Amer (although Rabbid Grannies does look pretty iconic), so we weren’t sure what to expect when we began watching Linkeroever (which translates as Left Bank – the film’s titular urban apartment complex setting). Directed by Pieter Van Hees, Left Bank follows Marie (Eline Kuppens), a young runner who moves into her boyfriend Bobby’s (Schoenaerts) apartment. It’s not long before the dark history of the complex begins to make itself apparent as Marie notices bizarre changes in her surroundings and self.

With glimmers of  Rosemary’s Baby and The Amityville Horror shining through in its darker moments, Left Bank is a brooding watch that slowly unveils its horrific cards and nasty thrills. There’s enough semi-naked Matthias to ensure that this is a watch that allures and repels in equal measure. Opening with a young woman disappearing through a hole in a derelict apartment, the narrative then shifts to Marie and her blossoming relationship with Bobby. As an audience (and general pervs) we fall for Bobby straight away – as the roughish young archer “accidentally” nakedly stumbles into Marie as he hunts for his misplaced clothes. We’re not sure why he’s introduced like that – other than to give us a sneaky glimpse at the pert Belgian buns on display.

As Marie falls for Bobby, she moves in with him – and begins to notice some eerie occurrences in Linkeroever. The top floor is inhabited by oddball tenants – bald men, eerily peering at Marie – we get early hunches that this may be home to a cult. Maybe. Before we can worry too much about the impending dread, Matthias  Bobby has his kit off and once again brings some Belgian buns to the party for a steamy sex scene. It raises an important question each Culture Fix reader should address: would you live in a potential cult-infested/haunted apartment if nude Matthias Schoenaerts was there? This is essentially the question that beats at the core of Pieter Van Hees’s film.

As she begins to dig deeper into the mysteries of Linkeroever, Marie discovers that the land used to be home to witches and outcasts in medieval times. On that note we’re swiftly introduced to Bobby’s Grandmother (surely no coincidence) – she’s sweet and Bobby looks after her. She couldn’t possibly be a… no, wait, let’s move on. To further distract us from the eerie Linkeroever, Bobby and Marie go and bang in the woods (it’s a long shot, so it doesn’t really matter). However, there’s only so much that sex with Bobby can distract her from and Marie starts having unsettling visions (like the being in the woods and breastfeeding fully grown men in nappies kind of unsettling). It’s probably nothing though.

Marie’s occult researcher friend (and conveniently the abandoned boyfriend of the missing tenant) spouts some jargon about a black hole in the complex. Soon things are getting even grosser as Marie falls and gets a scabby knee (ew gross). We want to vomit, but Matthias is wearing a tight vest so we’re momentarily distracted. Some genre hokum featuring black goo pits and psychic mums remind us that this is in fact a horror film, but the next Matthias sex scene is up so we don’t pay too much attention to the genre trappings. This time he’s in a car and has once again brought some Belgian buns on this car park picnic. The lack of glamour in the dodgy car park signals a bit of a breakdown in Bobby and Marie’s relationship – and it’s revealed that Bobby isn’t just hot, he’s hot tempered. Some dodgy plot developments about Bobby actually being a Guild Leader from 1913 arise (how did we miss that?) confirm that he is in a bit of a cult – but does it really matter? Just look at those dazzling blue eyes. 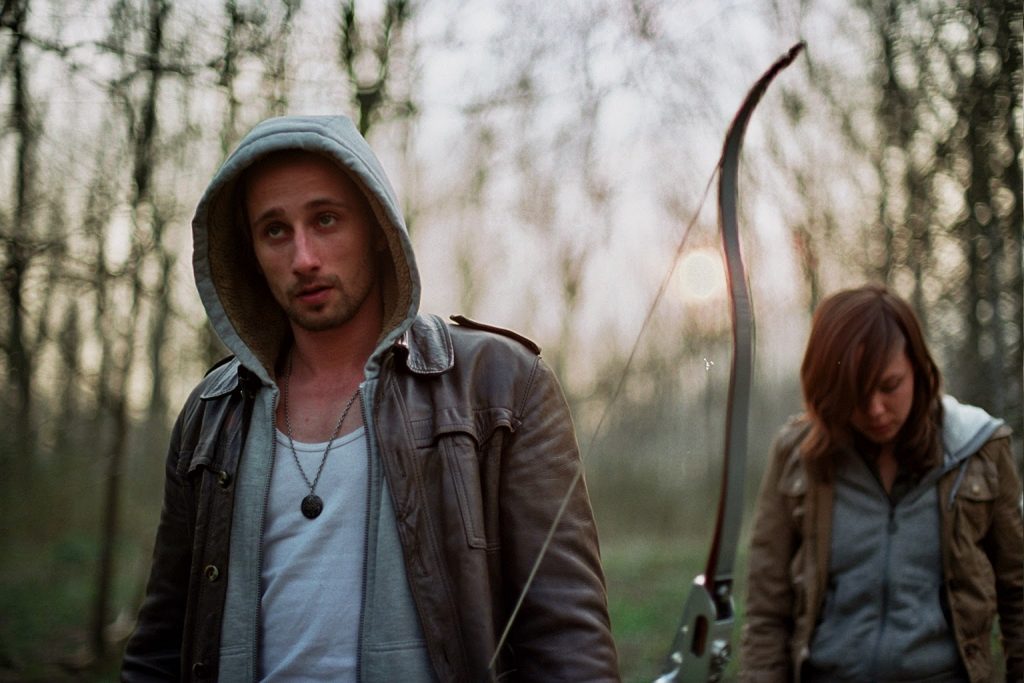 Proceedings then go a little ‘urban cult Robin Hood slasher meets chaotic Croneberg rehash’ as Marie tries to escape from the now crazed Bobby whose putting his bow and arrow skills to the test. This all culminates in a showdown at the goo pit where it’s revealed that Grandma is a full on demon loving cult queen. Strange stuff goes down as Matthias turns into a giant slimy worm in latex (very Clive Barker) – which really makes us feel guilty about fancying him earlier. And mice also start crawling out from Marie’s scabby knee (we almost full-on vommed there). There’s then a showdown in the goo pit.

There’s some well-crafted build up foreboding dread in the atmosphere of Left Bank to keep you engaged throughout. The lack of originality in the scares and suggestions of horror aren’t really important when there is so much naked Matthias on display.

Our first Mad About Matthias trip has been a little gross, a lot of sexy, and a wee bit creepy. We hope you had fun because we’re back tomorrow covering the murder-sex-attic thriller, Loft (the original Flemish one).