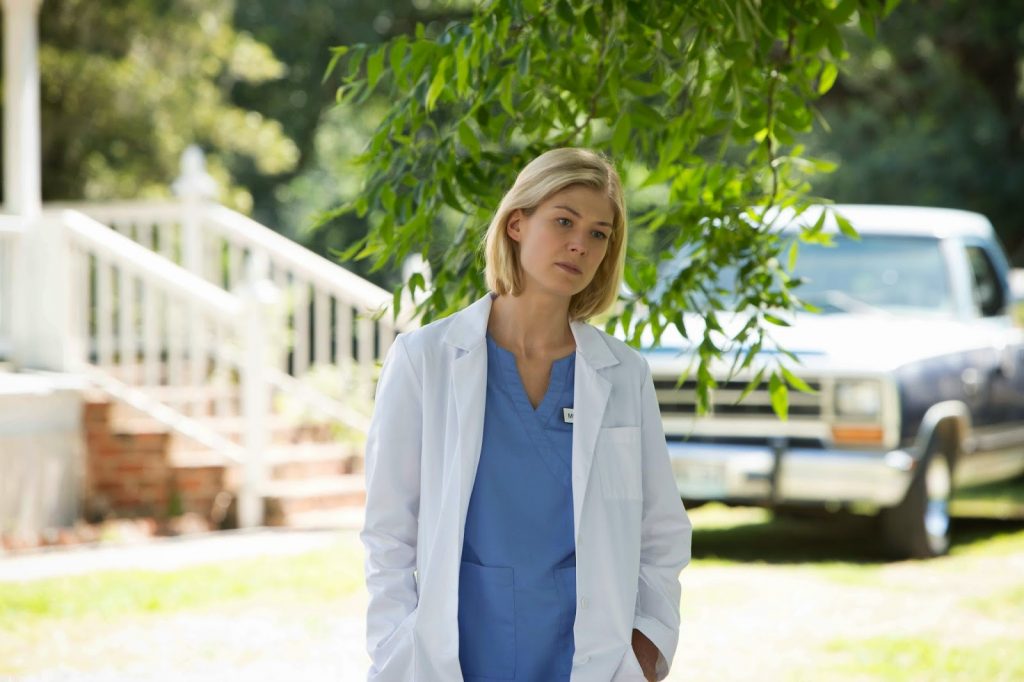 Miranda is a sharp, unlikeable protagonist with her actions always feeling calculated and aloof from those around her. She’s a Stepford Wife who is a master in the kitchen – even cooing out some hilarious lines like “I love double ovens” and “It’s what I do,” when presenting her colleagues with a pristine hand-baked cake – and a valued talent at her work. This deity of femininity, however, feels like a mask to the cold and calculated seeds of the broken mind beneath – something which is truly unleashed after Miranda is raped in a harrowing turn of events (featuring a further nasty twist) – one of the rare times we actually empathise with the character. 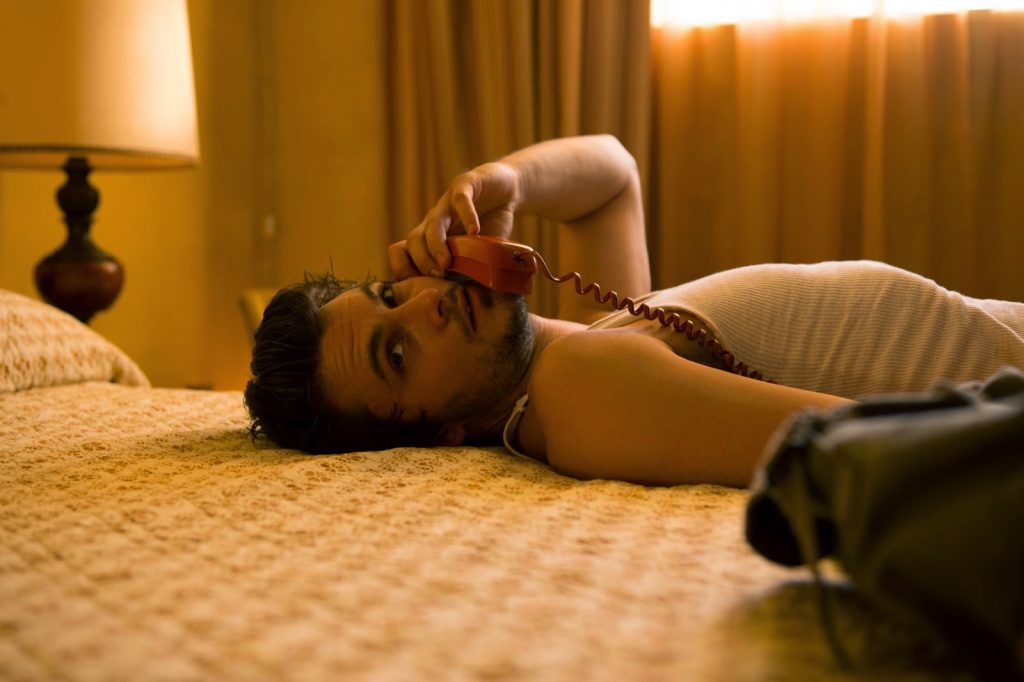 Whilst the character isn’t exactly pleasant, Pike injects Miranda with so much life that she’s incredibly captivating throughout. Even when delivering outrageously over the top lines or hilariously performing tracheotomies in busy restaurants, the actress sells it. Miranda’s gradual post-attack breakdown feels like something from William Castle’s Strait Jacket, soaked with a sweaty kitsch and sheer ‘too-muchness’ . Losing her ability to bake cakes, Miranda is soon smashing up Operation boards and having breakdowns in dry cleaners – leading to some moments of Ice Queen sass (perhaps Pike is actually reprising her Die Another Day role as the aptly titled Miranda Frost?). A snappy dry cleaning assistant gets the wrath of Miranda’s anger: “How do you manage that? Being skinny and fat at the same time? And you know, with breasts like that do us all a favour and wear a fucking bra.” It’s high-camp gold.

There are some intriguing things going on in the narrative (penned by Patricia Beauchamp and Joe Gossett – the latter behind Ryan Phillippe’s excellent directorial-debut, Catch Hell). There’s an enigmatic nature to the story as Miranda begins to visit her attacker in prison – who appears to be filled with remorse – but does she forgive him? It’s never quite clear what’s going on in Miranda’s head, despite emoting her calm and pristine manner as usual. Although, the full extent of her damaged psyche gradually becomes apparent. What follows is William’s release for prison and a strange ‘bond’ forming between the pair resulting in a seductive chair painting montage – that leads to a hilariously melodramatic moment between Pike and co-star Nick Nolte (“He’s fixing the porch!”) 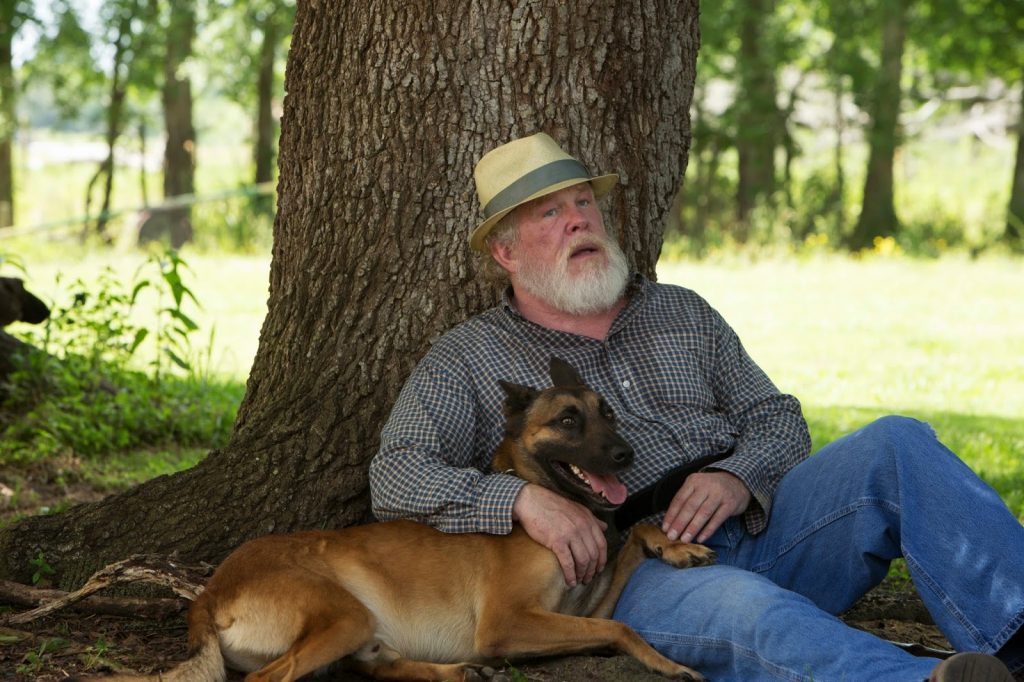 Of course as expected (and showcased in the spoiler-heavy trailer), Return to Sender takes on a Misery style angle, where the empowered Miranda wreaks her revenge in full on B-Movie psychosis. Presumably we’re meant to be behind Miranda in a sort of cathartic empowered way, but strangely by the final few moments we’re more empathetic to Fernandez’s reformed and guilt-ridden attacker.

A riveting lead performance from Pike keeps Return to Sender relentlessly engaging, but praise should also go to impressive support from Fernandez and Nick Nolte. Whilst it’s slightly troubling the way Miranda’s attacker is presented as a hunk (see the porch scene with the buff William glistening with sweat in a tight white vest), the actor is impressive as the hunter-turned-prey. Nolte actually provides much of Return to Sender’s emotional backbone as the father attempting to aid his daughter’s recovery after such a heinous attack.

Return to Sender may struggle to capture the grim realities of sexual violence, but as a high-camp melodrama-meets-exploitation flick, it’s unashamedly entertaining. Pike is transcendent as the ice-cold Miranda, whilst Nolte and Fernandez are impressive support.