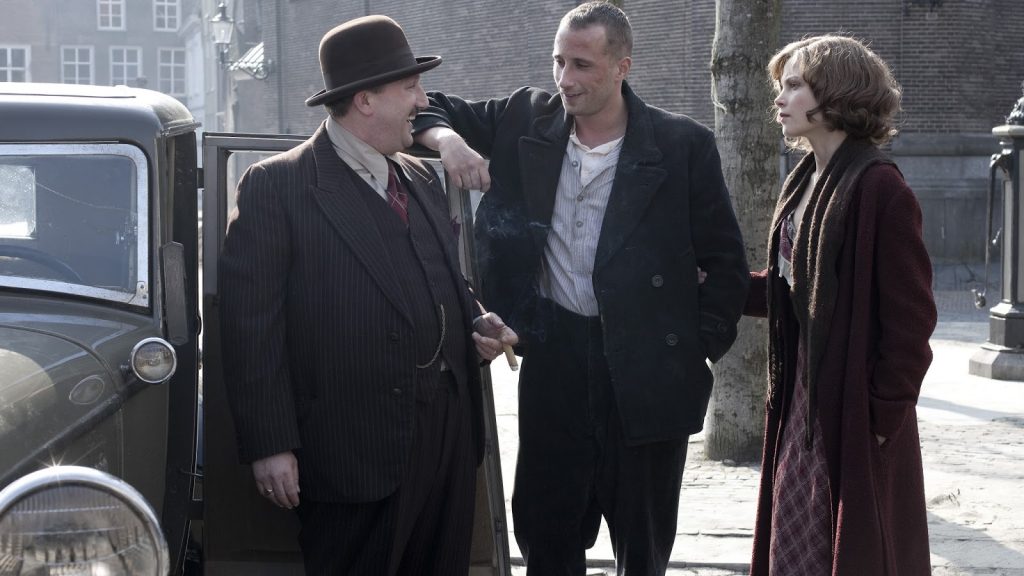 After a little break, we’re back with the sixth entry in our Mad About Matthias season – where we celebrate Belgium’s finest export, Matthias Schoenaerts. In previous weeks we’ve examined his eclectic feature film CV from 2008’s Linkeroever onwards. This week sees us take a look at Dutch period crime film, De Bende van Oss (The Gangs of Oss) which sadly sees the actor taking a supporting role – albeit an integral one.

Directed by André van Duren, a predominantly television director, De Bende van Oss is a mixed affair that impresses thanks to its tense pre-war aesthetic and strong central performance from Sylvia Hoeks, but never feels interesting or exciting enough to grip for its full 110 minute duration.

The town of Oss is ripe with corruption and run by varying criminal gangs, it’s therefore not surprising that Johanna (Hoeks) wants out. This is only worsened when her estranged husband, Ties (Schoenaerts) returns from jail and is quite happy to prostitute her to fellow seedy townsfolk. Johanna and her lover plot to have Ties killed – and in doing so triggers chaos in Oss.

Van Duren excels at capturing the heated and claustrophobic atmosphere of Oss where the corrupt gain whatever they can through intimidation and force. This harshly Catholic town is bursting with shifty characters, slick criminals, and grubby goings-on – as well as a whole multitude of period crime flick clichés. Fortunately impeccable period recreation, helps make this feel like the true events on which the tale is based – this only hampered by a colour scheme that is perhaps too muted for its own good, and can occasional cause the eyes to glaze over in disinterest. 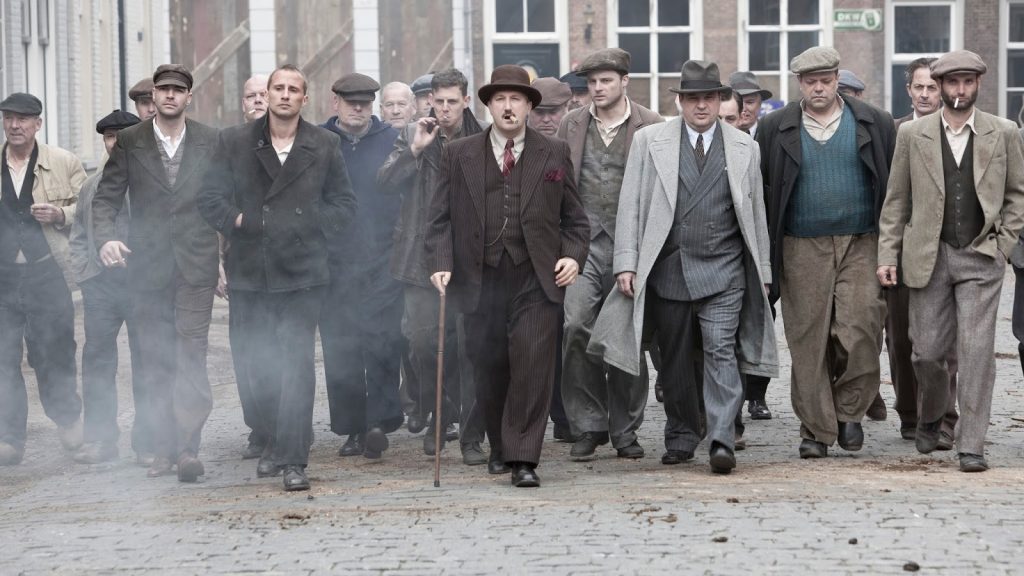 Since De Bende van Oss is near-entirely Johanna’s story it is refreshing to have a period crime film told from the perspective of a female character. However, this is a female character that doesn’t entirely feel fleshed out – she’s simply driven by the narrative question of whether she should remain in Oss or seek a better life? It’s never made too apparent that she resents her husband enough to justify his murder, and the scenes of her prostitution seem to be geared more towards titillation than capturing her dissatisfaction at life, which ultimately removes some clarity from the mix.

Schoenaerts is predictably excellent, despite being limited to around thirty minutes of on-off screentime. Rocking a thuggish skinhead look, the actor’s usual charm is necessarily nowhere to be seen as he steps into this more unpleasant psyche. Yet Schoenaerts fails to play this role as a straight-out villain injecting enough pathos into his performance to allow a streak of sympathy to come through even for the generally nasty Ties.

Things all go a little Lifetime by the time talk of life insurance policies and murder comes into play – but this does trigger a more exciting turn of narrative events resulting in investigations and clashes between the Catholic townsfolk and the protestant police force. The result would go on to see the end of the last pre-war government of the Netherlands.

Probably not a major one for Matthias purists, but those interested in the period crime film or pre-war European history might enjoy this one a little more than your average viewer.

We’ll be back with Rust and Bone next.