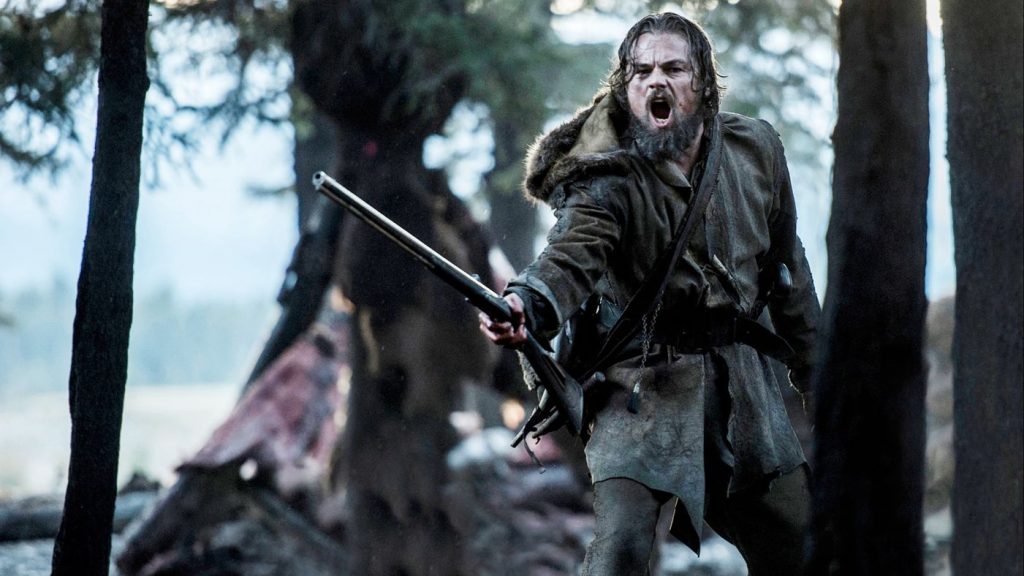 Variety is the spice of life for Alejandro González Iñárritu who follows last year’s satirical showbiz critique, Birdman, with gruelling western, The Revenant. Filled with starkly poetic visuals, a tense sense of urgency, and an immensely physical performance from Leonardo DiCaprio, The Revenant is an unforgettable tale of revenge.

Based on Michael Punke’s novel of the same name, The Revenant follows Hugh Glass (DiCaprio) and his hunting team as they are forced into the uncharted American wilderness after a brutal Indian attack. When Glass is left for dead after a subsequent bear attack, he is forced to navigate the vicious winter to find redemption.

Iñárritu kicks proceedings off with a brutal Native American Indian attack throwing us into this harsh new land almost instantaneously. It’s masterfully choreographed by the director with flaming arrows, brutal scalping, and mass panic all coming our way in the early stages. Fortunately Iñárritu’s an intelligent filmmaker and adds enough depth to explore the attack from the perspective of the attackers – capturing a people whose land has been taken and families have been broken. Mark L. Smith and Iñárritu’s screenplay maintains this frenzied momentum by introducing the harrowing bear attack sequence shot with a nerve-shredding intensity and gruesome and brutal closeness. The Revenant is not a slick, polished western – it’s one that captures the grim realities of 1820s North America, we’re taking: rape and murder, kidnapping, live burials, sleeping in horse carcases, scalping, animal attacks, and flesh-eating. From these traits, it is clear to see Iñárritu’s has made a B-picture elevated by its masterful technicality.

This tale of man battling the elements, driven by a thirst for revenge is a familiar one, yet feels fresh thanks to Iñárritu’s visual palette and relentless cinematic intensity. As Glass makes his gruelling journey to the nearest frontier we are treated to a stark yet evocative cinematography from Emmanuel Lubezki capturing the locations of the great western from dense forestry, roaring powerful rivers, and snow covered mountainsides. These bleak yet beautiful locations suggest that no matter the cruelty and destructive tendencies of man, the power of nature will always remain victorious.

Whilst the harsh realities of Iñárritu’s picture feel soaked in realism, there is a mythic spirituality to The Revenant. If overbearing these could have potentially derailed this intense picture, but fortunately Iñárritu lightly interjects these – giving us a brief escape from the otherwise unrelenting brutality of the setting and narrative. These mainly come in flashback form as Glass recounts life with his Native American wife.

DiCaprio’s performance is driven by an immense physicality with the actor crawling through much of the gruelling terrain. This performance is likely to attract an undeniable admiration for its physical work, yet this is equally paralleled in his portrayal of the mental anguish and pained emotion felt by the damaged explorer. Tom Hardy provides strong support as the narrative’s gruff antagonist driven by a self-serving nastiness meets battle for self-survival. Excellent support comes from Domhall Gleeson, Will Poulter and Forrest Goodluck.