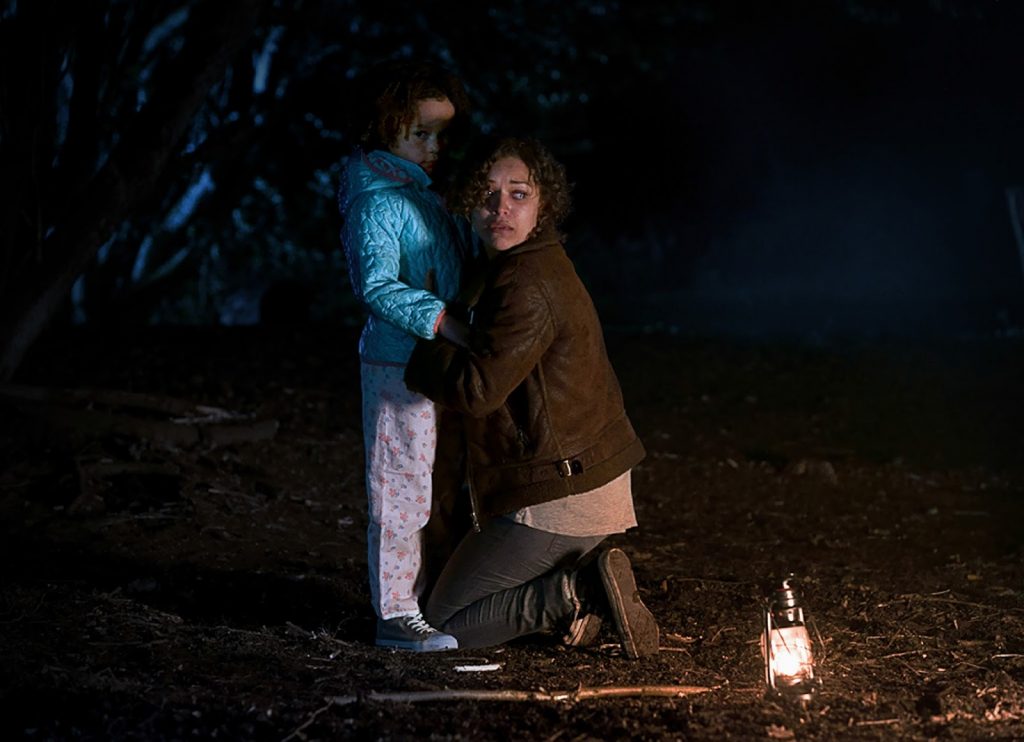 FirstBorn follows two young parents (Anthonia Thomas and Luke Norris) as they slowly discover that their young daughter, Thea, is a magnet for evil paranormal forces. The parents attempt to suppress this evil with the help of occultist grandfather (Jonathan Hyde), before deciding to help her control her understand and control this power.

Influences of Insidious and Rosemary’s Baby can be felt within FirstBorn – despite the film not living up to either of these high mantles of expectation. Bhogal shoots the film the film with an initial unease and impressive build-up of suspense – particularly as Thea begins to experience the presence of her paranormal visitors. Bhogal never gives too much away leaving the evil presence usually basked in shadow or tightly-edited snippets giving us a sinister glimpse, just enough to get us unsettled. Withholding the look of the creature is an effective move in building the fear within many of FirstBorn’s set pieces. An eerie encounter in Thea’s bedroom is a chilling standout among many of the domestic horror scenes and adds some occult thrills to the urban flatblock setting.

As FirstBorn progresses in its narrative approach, Bhogal’s previously tight control slackens and subsequently the impact of the film lessens. Initially when attempting to suppress Thea’s powers, FirstBorn was effective and semi-original, but as the narrative shifts and we see Thea attempt to control these powers things get messy. The plot shifts and Thea begins working with a mean elderly spiritualist who has the same gift/curse. With this shift FirstBorn spirals into a chaotic final third where character motivations make little sense and the plot is thrown out the window. The demons at the heart of the narrative are brought to the forefront and subsequently lose the effective scariness they previously had. Darkened lighting and frantic editing further hamper the clarity of this final act also.

Although the cast are generally sound, there’s a particular disappointment in regards to Hogan’s crafting of cult star Jonathan Hyde’s character. The actor who shines in aristocratic parts could have brought a Devil Rides Out inspired suaveness to FirstBorn in the role of the occultist grandfather (think Charles Gray or Christopher Lee) – however, the part is somewhat muted and ill-used – particularly in the final act where his motivations make little to no sense.

After a sold first half, FirstBorn veers out of control and squanders some impressive build-up and intriguing potential in a confusing and poorly crafted final act.