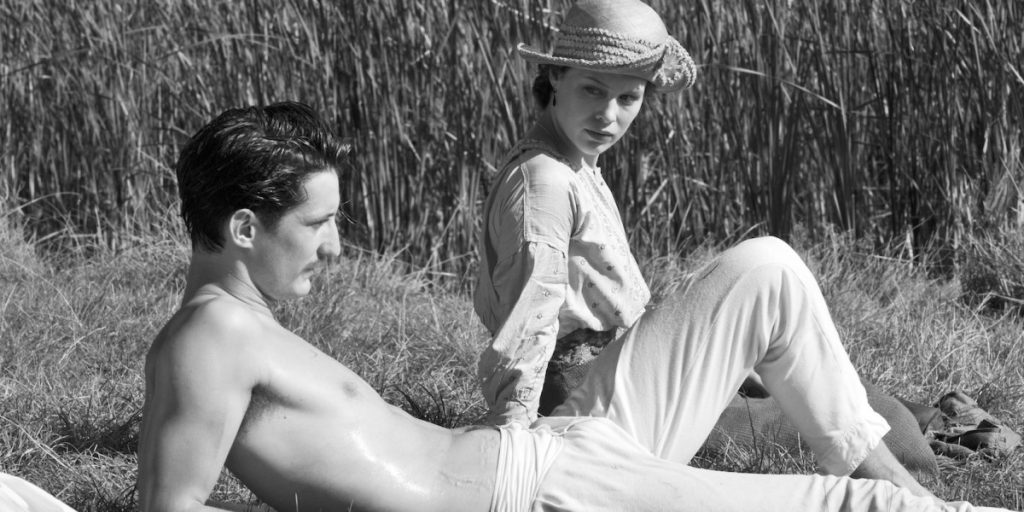 French filmmaker François Ozon has become well known for his subversive Hitchcockian fare that plays with themes of gender and sexuality. His latest film, Frantz, a loose remake of 1932 drama The Man I Killed, is a little more straight-forward and classic in its appeal.

Shot delicately in black and white, Frantz picks up after World War One where a German war widow, Anna (Paula Beer) forms a bond with Adrien (Pierre Ninney) a Frenchman who repeatedly visits the grave of her fallen lover. Ozon pens the screenplay alongside Philippe Piazzo.

This elegant piece captures Europe after the First World War, exploring how communities are fragile yet tight-knit with sense of national mourning following the destruction. Frantz is given full period styling through Pascal Marti’s sumptuous cinematography capturing rural Germany, Philippe Rombi’s gentle instrumental score and Michel Barthélémy’s detailed vintage production design. These elements paired with the black and white cinematography captures the picturesque yet heavy mood of a post-war Europe.

Ozon’s narrative dips into the concept of post-war relations between the French and Germans by first putting us in the position of Adrien in post-war Germany, before placing Anna in Paris. Hostile attitudes to foreigners and the recent bloodshed give Frantz an often tense and uneasy feeling in its exploration of whether telling the truth is worth sacrificing the happiness of people that do not necessarily need to know. Being an Ozon film, the concepts of secrets, guilt and deceit play a vital part in the narrative which questions the necessity of the truth. However, unlike Ozon’s usual fare, it is clear that Frantz is skirting traditional and expected territory, therefore small curveballs lack the game-changing twists that Ozon usually provides.

There’s a gentle romance pulsing through Frantz and leads Ninney and Beer have a soft and quietly authentic charisma. Frantz never veers into the eroticised territory of Ozon’s earlier works, retaining its classic charm and period modesty with delicate black and white romance. Ninney is excellent as the Frenchman struggling with a secret, whilst Beer’s widow gradually regaining purpose in her life makes for a suitably charming character transition. Switches to colour cinematography, suggesting a change in tone and mood, give Frantz an exciting visual construction also.

Frantz is a restrained, elegantly crafted piece that examines post-war European relations and their fragility – capturing the underlying message that we are all human regardless of nationality.