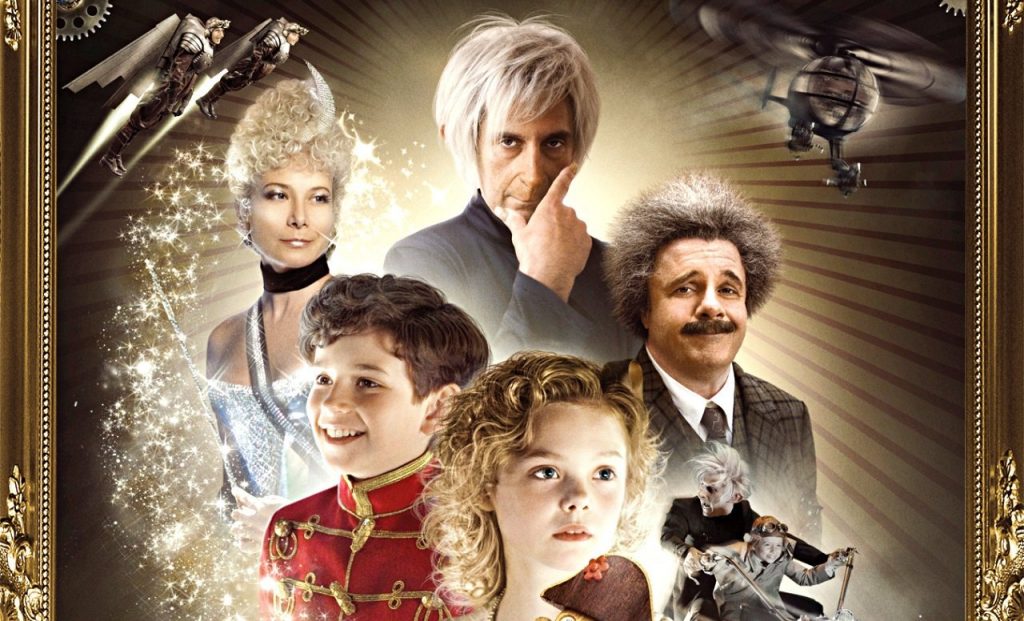 From its opening where Tchaikovsky’s Nutcracker Suite is played, Andrey Konchalovskiy’s adaptation of this classic tale looks set to be a charming family affair – I was horribly wrong. What should have been a perfectly nice festive children’s film has been warped into a charmless and misconceived take on the iconic ballet. Set in the 1920s Vienna, The Nutcracker 3D follows nine year old Mary (Elle Fanning) who’s dull Christmas suddenly gets new lease of life as her toy nutcracker comes to life.

Konchalovskiy’s adaptation suffers because it’s far too sinister and brutal for children, as well as being too poorly structured for an adult audience. The most glaring of these dark elements is a bizarre Nazi subtext that haunts the film, from the German military inspired costumes to John Turturro’s Aryan Rat King who wishes to incinerate children’s toys. To add to the brutal nature of The Nutcracker 3D, there’s also some horrible scenes of screaming children as their toys as swiped away and burnt, as well as the explicit electrocution of a rather friendly looking shark.

At various moments throughout I did have to take a step back and remind myself this wasn’t a hallucinogenic Easy Rider-esque experience but instead a children’s Christmas movie. Although, this is far easier said than done when you look up and see Nazi-rats flying on jet-packs above dancing Russian Tsars and Geisha girls. Possibly to add a little lightness to the proceedings Konchalovskiy has shoehorned in some utterly charmless and horribly written musical numbers including a song about relativity (yes, in a kids movie), sang by Nathan Lane as Albert Einstein. I was completely struck by The Nutcracker 3D‘s comparisons with The Producers – it’s almost as if Konchalovskiy set out to make aSpringtime For Hitler style children’s film.

With a budget of $90 million, I sincerely hope that The Nutcracker 3D‘s high profile cast were paid a lot of money for starring in this as it does very little for their credibility. Poor Elle Fanning understandably appears completely uneasy in the leading role, from start to finish – a complete departure from her flawless turn inSomewhere. John Turturro completely hams up every scene as the Andy Warhol styled Rat King which can be somewhat entertaining but unfortunately he falls flat at the various musical numbers imposed on him. There’s also irreverent appearances from Richard E. Grant, Nathan Lane and Frances de la Tour, which is an unfortunate waste of talent. These supporting characters feel stock produced and wholly unoriginal resulting in some forgettable performances.

This budget doesn’t seem to have been spent on the CGI – the Nutcracker character looks completely shoddy and cheap. Perhaps Konchalovskiy could have learnt from Steve Barron’s 1996 The Adventures of Pinocchio where an animatronics puppet is used and looks far superior. It does seems as though a fair amount of money has been spent on the sets, and if there’s one redeeming element about the film then that’s it. From the Viennese town to the Ratzi workshops, the production design is generally of a high standard.

I hate to be so harsh on what Konchalovskiy has described as his dream project but unfortunately The Nutcracker 3D looks likely to find a suitable home in the bargain bin of your nearest supermarket. It’s far too dark and incoherent for children and equally as an unpleasant viewing for older viewers.