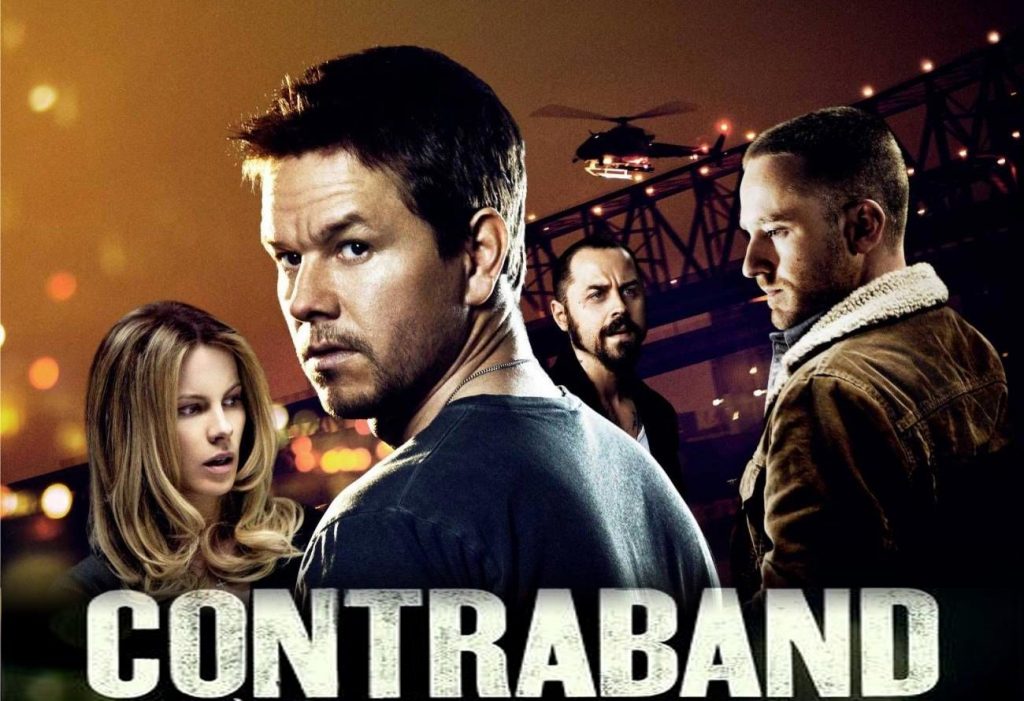 Contraband is a 2012 remake of Icelandic film, Reykjavík-Rotterdam, directed by Baltasar Kormákur the star and producer of the original. However, acting duties now fall to Mark Wahlberg who plays a retired smuggler forced back into the game after his young brother-in-law takes part in a botched job for a notorious criminal. Kate Beckinsdale, Giovanni Ribisi and Ben Foster also star.

Having Kormákur on board Contraband is by no means a bad thing – when remaking a film it usually appears more credible if someone who worked on the original production is involved. Although, Contraband is certainly a credible film in its own right. This American relocation makes full use of the New Orleans setting and captures the seedy underworld of the smuggling profession. Kormákur uses an array of helicopter and high angle shots capturing the city at its best – these also come in handy whilst portraying the maze like structure of the cargo ships, filled with countless shipping crates (this may not sound particularly interesting, but looks great). The Icelandic director also appears completely at ease with the action scenes – for example, a particularly well-crafted Panama shoot-out sequence, which acts as one of the film’s centrepieces.

Kormákur truly amps up the tension throughout Contraband – from Giovanni’s near-psychotic villain stalking Wahlberg’s character, Chris Farraday’s family – to a tense one hour window in which Farraday has to load the ship with contraband goods without being spotted. The latter section of the film, set in Panama is likely to be regarded as its strongest asset, keeping a fairly realistic edge yet still providing action-packed entertainment. When Farraday returns to New Orleans, the script turns into a somewhat generic, cliché-filled crime-thriller and struggles to match the film’s previous high-octane sequences. 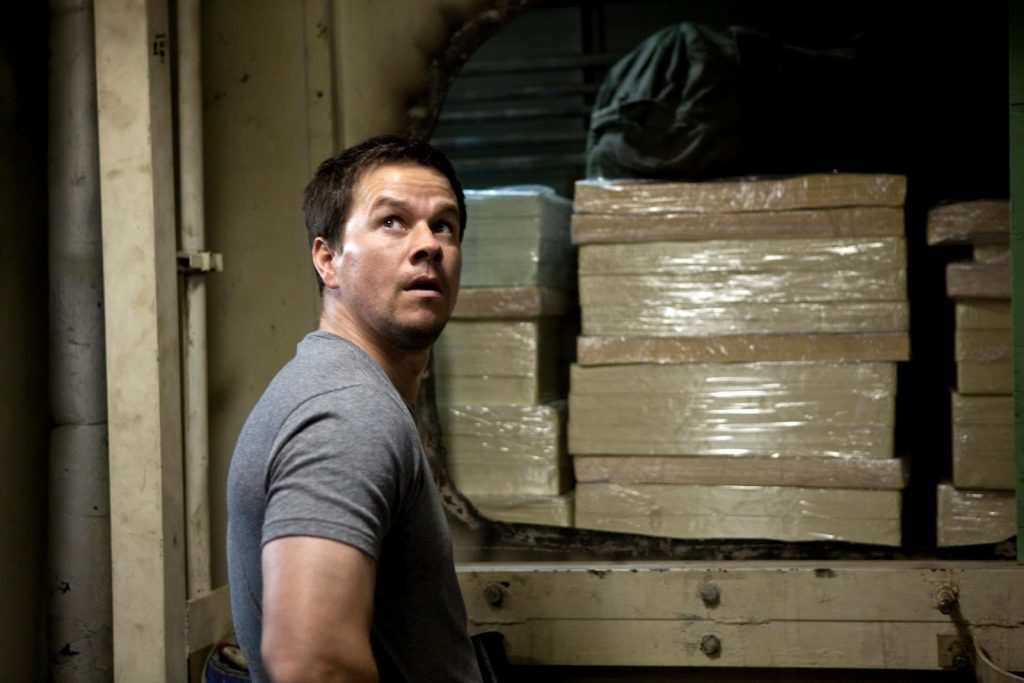 The characters are generally well-written, apart from one major annoyance. This comes in the form of Faraday’s brother-in-law (played by Caleb Landry Jones) – the most incompetent film character in recent years, essentially everything he touches turns to shit – it’s one of these roles when you literally wonder “How can you be so stupid?” every time he appears on screen.

The main attraction to Contraband is surely the solid lead performance from Wahlberg, an actor he can play these types of roles in his sleep. Nevertheless he is still a complete pleasure to watch, carrying the film with his regular effortless charm – still remaining an utterly convincing and likeable modern action star. Sometimes all you want to see is Marky Mark hit some people and Contraband certainly delivers on this front. Slightly less convincing is Giovanni Ribisi, who is an excellent actor but simply does not fit the role of a menacing crime boss here – even sounding as if he’s doing an impression of the Grandma from Eddie Murphy’s Nutty Professor remake. Kate Beckinsdale appears as Farraday’s wife but is completely limited by the small role, with nothing to do but appear distressed when her life is in danger. These characters are not deeply explored, with Contraband certainly being a case of plot/action over development.

Contraband is a perfectly enjoyable ride – it may not be the most original picture of recent years, however, an incredibly watchable lead performance from Mark Wahlberg and solid, tense direction from Baltasar Kormákur make it a worthwhile piece of cinematic entertainment.