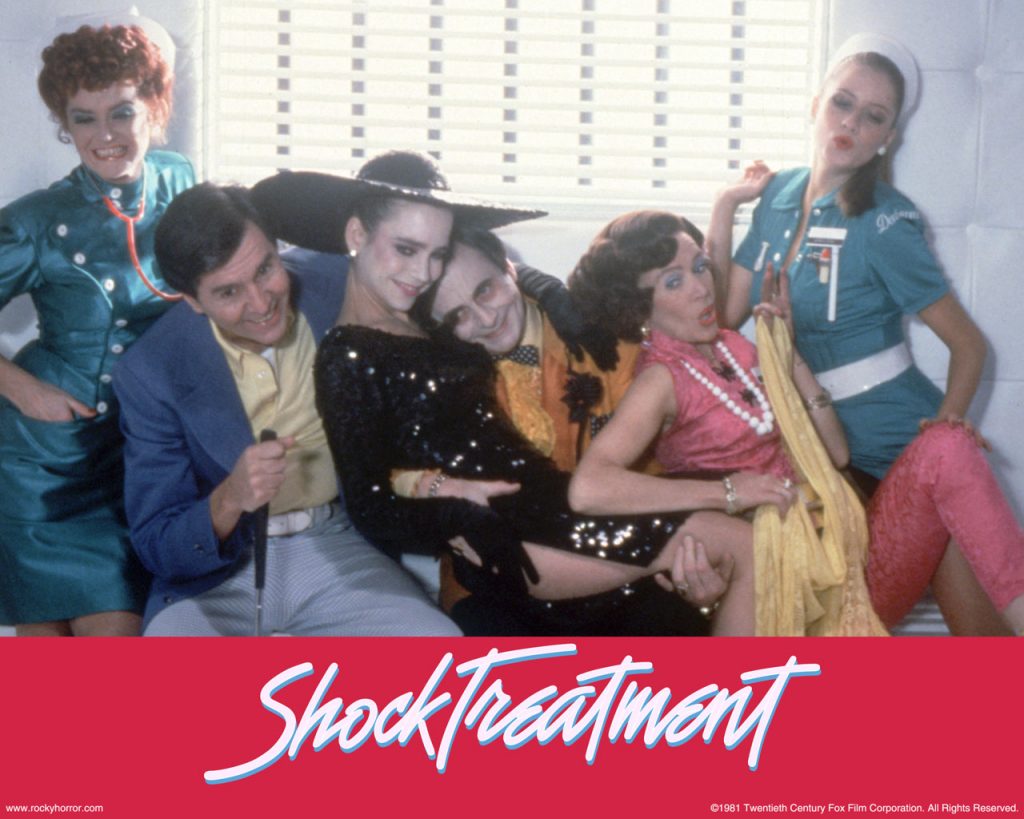 How do you follow The Rocky Horror Picture Show, arguably the biggest cult film of all time? Well this is exactly the question that faced Richard O’Brien, the writer of the the aforementioned film and Jim Sharman, its director. The answer of course is Shock Treatment. Unfortunately, like all good cult follow-ups it’s production was a complete disaster from start to finish (I’ll get to that later), but the end result was something of bizarre brilliant that lived up to the cult campness of the original, whilst also boasting a biting satire on the world of television.

Shock Treatment follows Brad and Janet Majors, several years on from the events of The Rocky Horror Picture Show. Their hometown of Denton has been molded into a giant television studio where the citizens either become participants or audience members. Brad and Janet, their marriage now on the rocks, are handpicked from the audience to fix this in a bizarre reality TV show, Marriage Maze. However, the sadistic team behind the show (including Dr. Cosmo and Nation McKinley & Bert Schnick) have other aims and commit Brad to an insane asylum and attempt to turn Janet into the next big TV star.

The term sequel does not feel particularly appropriate to Shock Treatment, O’Brien himself has stated that it is “Not prequel, not sequel, but equal” which is without a doubt the most fitting term. It is completely deserving as a cult status, but simply very few people have seen it or know what it is. It is particularly annoying when people boast to being huge TRHPS fans but have never heard of Shock Treatment, a film which is equally good. 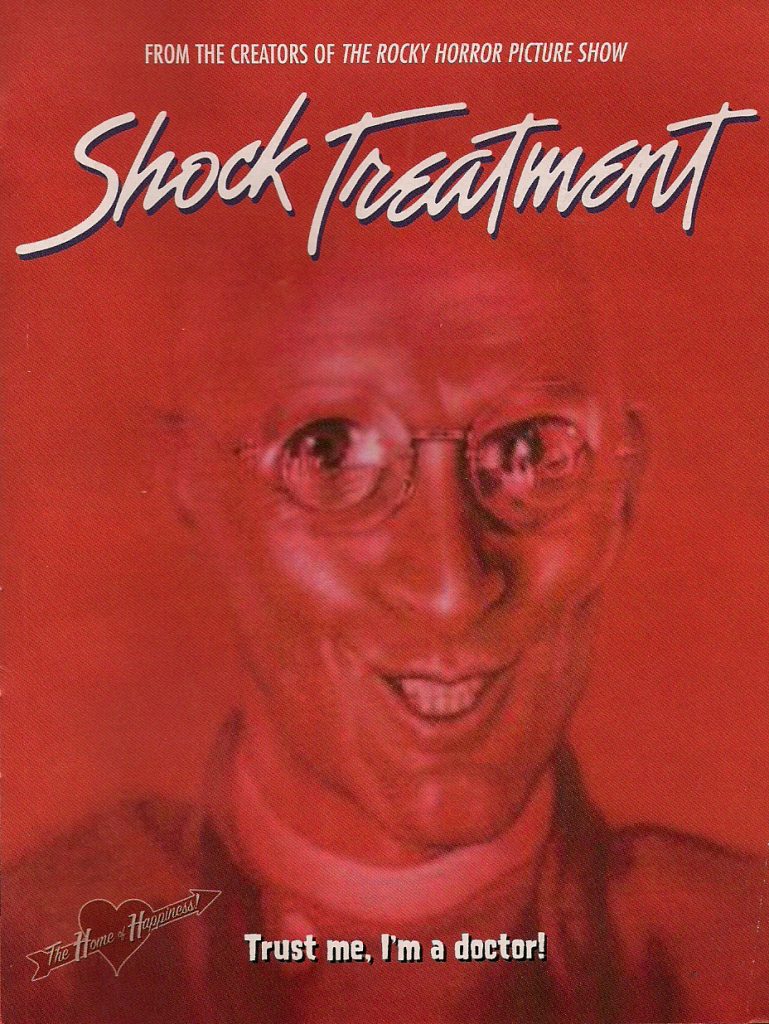 Shock Treatment was originally struck by the 1979 Screen Actor’s Guild strike which lead to production being frozen. However, the ever resourceful O’Brien reworked the screenplay so the setting became a giant television show. This might sound like a cheap cop-out but it does work superbly. The studio setting is also eerily relevant to today’s obsession with reality television – where a couple’s marriage problems or someone going through rehab can be watched from around the world for entertainment purposes. Shock Treatment is an exceptionally clever film, far ahead of its’ time.

Of the original stars of TRHPS, Richard O’Brien, Patricia Quinn and Charles Gray all appear, all in different parts, of which are more memorable than their Rocky Horror roles. Tim Curry, Barry Bostwick and Susan Sarandon do not appear – some were unavailable, some wanted too much money (cough, Sarandon!). Cliff De Young and Jessica Harper slip into the roles of Brad and Janet, but do not fair as well as the original stars – the two are slightly forgettable, although Harper does get the occasional chance to shine (mainly in the musical numbers). Barry Humphries and Ruby Wax appear as new additions to the cast and are both wonderful, bringing their larger than life personalities to some very interesting roles.

Of course, like TRHPS, O’Brien and Sharman’s Shock Treatment is filled with unforgettable music numbers. In my opinion, this is a far more polished and listenable soundtrack than the film’s predecessor with the electric title song, Shock Treatment, the soft, yet incredibly catchy, Bitchin’ In The Kitchen, the rock-infused dance number, Little Black Dress and the upbeat and feel-good, Anyhow, Anyhow. I completely urge you to seek out a copy of this on DVD if you are a fan of it’s predecessor or looking for an outrageous cult musical with a satirical edge.