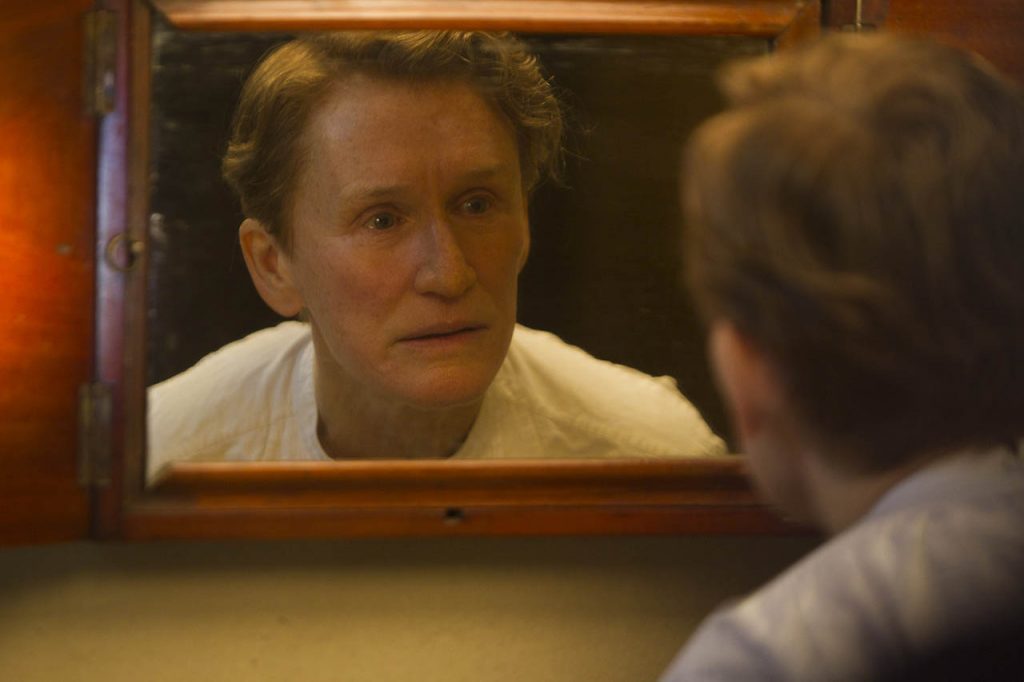 For some reason eOne distributors decided against making the most of the buzz surrounding Glenn Close and Janet McTeer’s Academy Award nominations in Albert Nobbs, and have plumped for the films’ UK release now. Unfortunately, most people have forgotten about the film and the marketing has not been great, so Albert Nobbs is sinking without a trace. This is all rather an unfortunate as Rodrigo Garcia has presented us with a surprisingly impressive film.

Set in 19th Century Ireland, Garcia’s film follows Albert Nobbs (Glenn Close), a woman posing as a man, in order to work as a butler in one of the country’s finest hotels. After meeting a painter, Hubert (Janet McTeer) who is in a similar predicament to herself, Albert soon looks to escape the lie that she has been living and hopes marriage to hotel maid, Helen (Mia Wasikowska), may be her way out. However, Helen’s boyfriend, Joe (Aaron Johnson) stands in the way of this.

Garcia’s period drama boasts a rich atmosphere constructed with striking detail, vibrant costumes and locations. The high production values ensure this is a convincing ride at all times, and for the easily distracted amongst us, there is always something interesting to look at. Alternatively you could spend your time trying to work out who Albert looks like – I thought Paul O’Grady. The lavish details contrast with the theme of secrets and facades that runs through the film, represented through several different aspects. 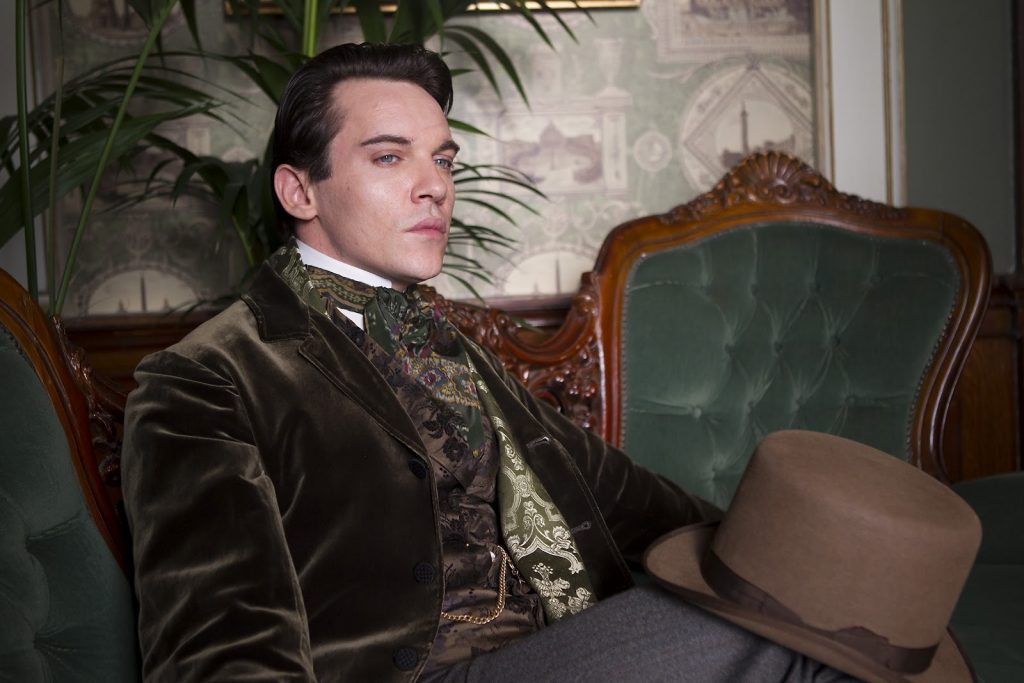 Of course, hidden identity plays an integral part to Albert Nobbs. Close’s Nobbs is quite, awkward and stiff-lipped when it comes to her work and colleagues. Despite, this reserved performance, Close still provides an outstanding tour de force – we can feel the disparate sadness, hurt and pain that Albert faces, all conveyed through the small mannerisms, glances and expressions that make up this exceptional performance. Janet McTeer’s character reflects the life that Albert longs for – companionship and love, an escape from her prison. The two actresses shine in one heartfelt scene where Albert discusses the pain that befell her early life as a woman.

Albert Nobbs is not all doom and gloom, it does have its share of heartwarming moments. One in particular, where Albert and Hubert wear dresses and run along the beach – both experiencing a small taste of freedom from their artificial male identities. This theme of searching for freedom is intertwined with lies, secrets and false pretenses – this is further reflected within some of Albert Nobbs‘ engaging supporting performances. Brendan Gleeson’s doctor is engaged in an affair with one of the maids and Jonathan Rhys Meyers appears as a handsome young viscount hiding his homosexuality.

Unfortunately, Albert Nobbs becomes somewhat tedious through it’s dependence on a less than interesting subplot. This comes in the form of Helen and Joe’s fiery relationship – at points this gains more focus than the engaging and heartfelt story of Albert’s struggle. The ‘troubled working class relationship’ feels like it has been done in nearly all period films and this lack of originality can make Garcia’s film somewhat tedious. Aaron Johnson and Mia Wasikowska do their best to make this as engaging as possible, but there is a limit as to how long someone can watch this cliched subject matter with interest.

For the most part, Albert Nobbs is a wonderful, heartfelt piece of gender-bending cinema. Close is completely faultless as Albert and puts her heart and soul into the performance. Lavish production design and strong supporting turns from Janet McTeer, Brendan Gleeson and Jonathan Rhys Meyers, help ensure the film remains convincing throughout. However, a sub-standard and drawn out subplot involving the highly capable Aaron Johnson and Mia Wasikowska, dominates and lessens the impact of Albert’s story.