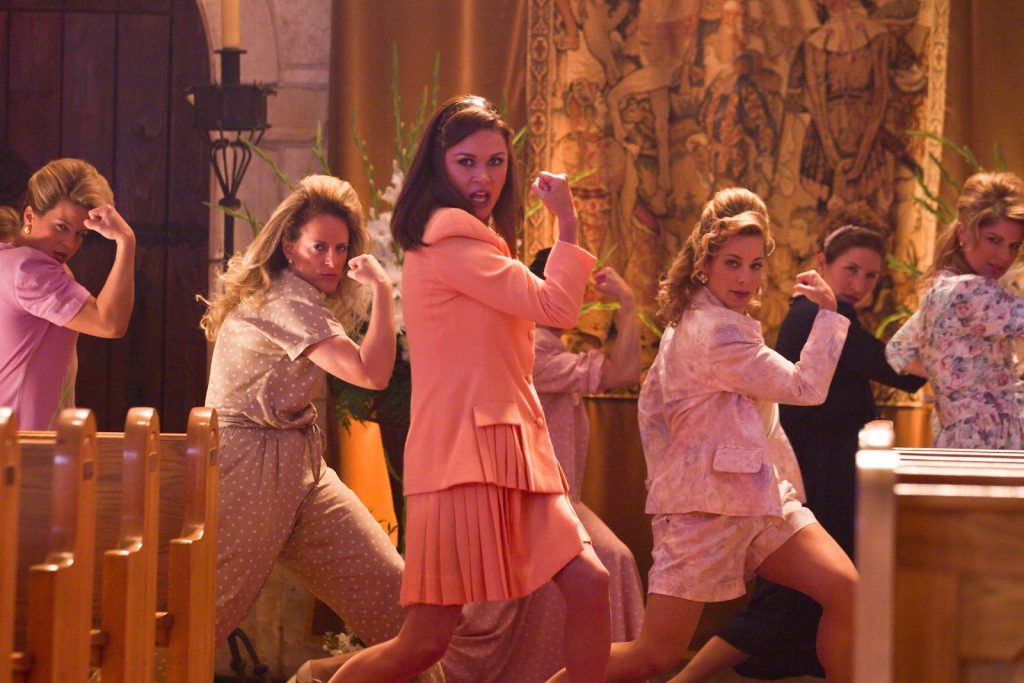 If you’re one of those people that hear rock music and wish that it was a bit glitzier, with a little more rhinestones and camp, then Rock Of Ages is the film for you. It’s unlikely to satisfy fans of the original music, but this stage show turned movie musical does prove to be a lot of fun, despite several misfires.

Rock Of Ages follows Sherrie Christian (Julianne Hough), a young girl from Oklahoma who comes to Los Angeles to fulfill her dream of becoming a professional singer. Here she meets Drew (Diego Boneta), a city boy who dreams of becoming a rock star – the pair begin work at famous rock bar, The Bourbon Room, where ‘rock God’ Stacey Jaxx (Tom Cruise), just happens to be playing.

From the onset, Rock Of Ages feels somewhat uninspired – the mere concept of the country girl moving to LA for fame and fortune, surely has to be one of the biggest cliches in the genre. There is very little to the plot than this, with the screenplay sagging between musical numbers. From the onset of Drew and Sherrie’s meeting we how the story will pan out: boy falls in love with girl, soon follows the inevitable break-up and then the predictable reconciliation. It does not help that these two characters, lack any real development or flashes of originality.

However, it’s impossible to stay mad at a film that presents you with Catherine Zeta Jones belting out Hit Me With Your Best Shot amidst a series of high kicks – I was happier than The Golden Girls meeting Burt Reynolds. Zeta Jones’ character may feel like the traditional John Waters style prudish protester, but the actress injects so much energy into the part, making her one of the real standouts of the film. It’s these larger than life supporting performances and wonderfully staged musical numbers that truly save Rock Of Ages. 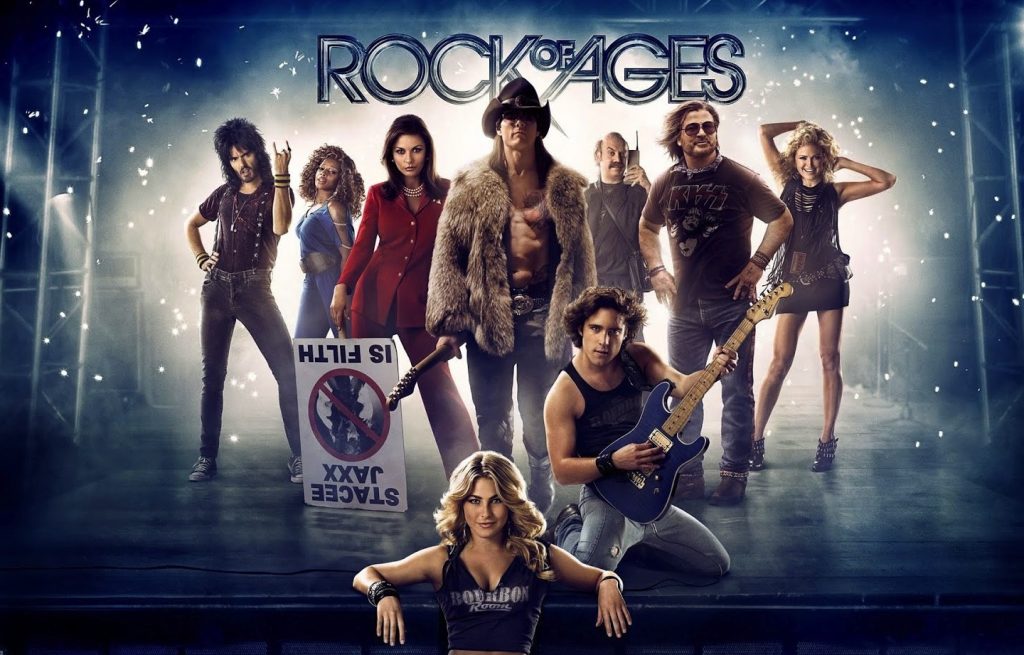 Tom Cruise also delivers a rather amusing supporting turn as Stacey Jaxx, however, his gags do not always pay off (mainly the inclusion of a generic “funny monkey”) but the star proves charismatic enough to still impress. Jaxx acts as a fun satire of the outrageous ‘Rock God’, even our introduction to the character sees him surrounded with greenery and African tribesmen, as he lies on a bed with three scantily clad groupies. Cruise has fun on screen chemistry with Malin Akerman who impresses in a smaller supporting role that features a perfect rendition of I Want To Know What Love Is.

Mary J. Blige features in a likeable supporting role giving the star a chance to show off her flawless vocals, most notably through a lively rendition of Journey’s Any Way You Want It. Alec Baldwin and Russell Brand also entertain as the owner and emcee of The Bourbon Room, with the pair proving wonderful comic additions to the cast. Baldwin and Brand also feature in a strangely touching version of REO Speedwagon’s Can’t Fight This Feeling.
Unfortunately, the lead roles do not prove as fun as the supporting players. Diego Boneta handles the musical sequences well, but lacks the charisma to make a lasting impact on the viewer. Julianne Hough also feels somewhat limited in this two-dimensional role, despite her stunning vocal ability.
As much as there are many inconsistencies and problems with the narrative of Rock Of Ages, I cannot deny that I enjoyed it. It may be cliched and predictable, but wonderful supporting performances from the likes of Zeta Jones, Cruise, Blige & Baldwin and energetically staged musical numbers, help make it all rather good fun.
RATING: 3.0/5