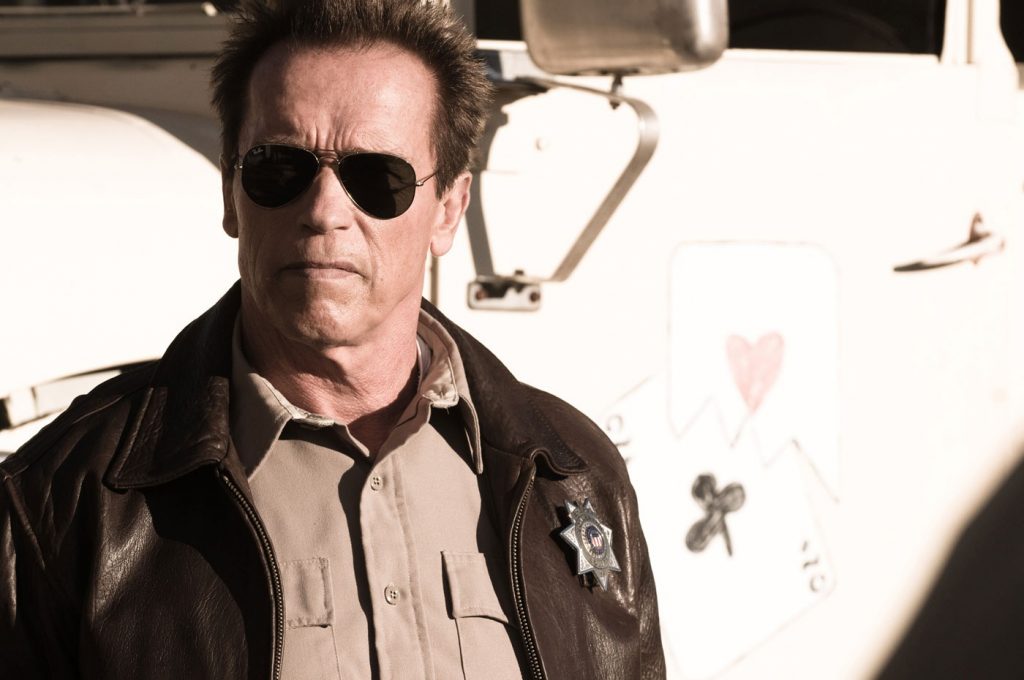 Trailer two for The Last Stand (aka Step 1 on Arnie’s return to cinematic domination) has premiered. The new footage shows us everything we could want from a future Schwarzy classic – the Austrian shooting hanging meat, smashing through rooftops and firing oversized weapons, as well as a snippet of a potentially amazing new catchphrase “I’m the Sheriff!“.

It is nice to see that Studios still have faith in Arnie’s ability as a leading star and a team up with I Saw The Devil director, Kim Jee-woon, will surely make an exciting combination. The director’s first English language feature also stars Forest Whitaker, Peter Stormare, Harry Dean Stanton, Jaimie Alexander and Johnny Knoxville.