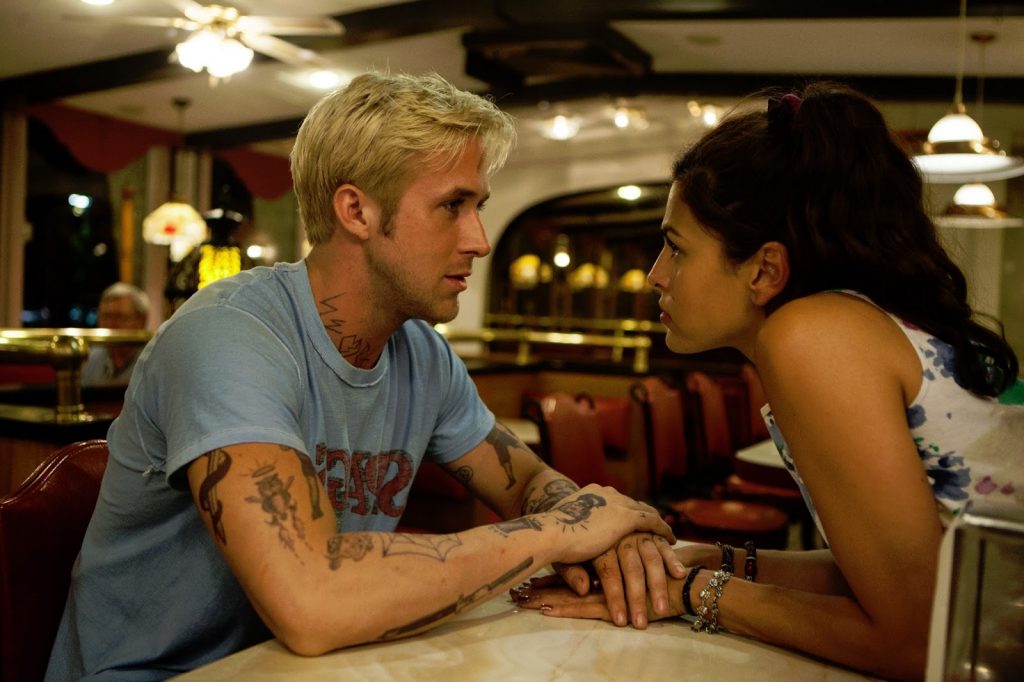 Following the exceptional Blue Valentine, Derek Cianfrance is reteamed with leading man Ryan Gosling for The Place Beyond the Pines. The ambition in Cianfrance’s sprawling 140 minute drama cannot be denied, despite waning slightly in its conclusion.

Pines sees a motorcycle rider (Gosling) taking part in a series of bank robberies as a means of providing for his lover (Eva Mendes) and their child. The consequences of these robberies are further explored through the story of an ambitious rookie cop (Bradley Cooper), attempting to escape the corruption of his department.

Cianfrance and Ben Coccio’s narrative is split into three clear sections – the first dealing with Gosling’s character, the second with Cooper’s and the third with their respective families. Given this structure, a slightly disjointed feel in the narrative is almost inevitable – most noticeably between the latter two segments.

The opening segment is by far the strongest – sticking with a simple premise, exploring how far someone would go in order to make amends and provide for their loved ones. This simple plot allows Cianfrance to focus on exploring some interesting character dynamics between Gosling and Mendes’ characters. Gosling is exceptional as the well-intentioned motorcyclist attempting to do good (albeit in a completely wrong manner), proving exactly why he is one of this generation’s much loved movie stars. The segment also features some truly electrifying, high-octane bank robbery sequences, shot with a clear sense of authenticity.

This is followed by the Cooper-lead segment, which also proves of some interest. Here Cianfrance tackles a man caught between his morals and pressure by his corrupt peers, allowing Cooper to give a rich, emotionally-charged performance. A menacing turn from the sensational Ray Liotta adds some further gravitas to this chapter. Here Cianfrance discusses similar themes to the previous segment, with Cooper’s character feeling a sense of pressure to provide for his family and meet the expectations of his peers.

By the final segment, the runtime begins to feel slightly bloated and the subtle power of Cianfrance’s screenplay loses its sharpness. This segment relies on far too many narrative coincidences, which hampers the previous authentic style of Pines and tries too hard to make connections with the prior stories. Despite this dip in quality, the film remains beautifully shot with Sean Bobbit capturing the sheer spectacle of the Pined American exterior.

Pines is an ambitious watch, tackling simple yet powerful themes in an authentic and engaging style, despite being slightly hampered by the overbearing final chapter. Ryan Gosling and Bradley Cooper are magnificent, both exploring the various limits one can be pushed to, and the consequences of these limits.