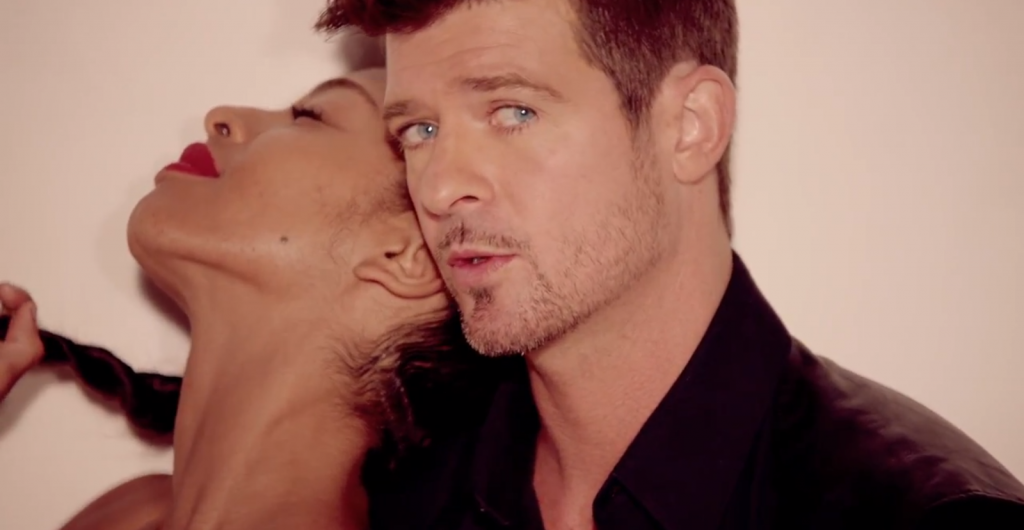 Robin Thicke has never really made it big in the UK, despite 2006 single Lost Without U, making a small dent in the British charts. Being the purveyors of cultural masterpieces that we are, (and since not many others are promoting Thicke’s latest masterpiece) we bring you the video for Thicke’s new funk-infused sex jam, Blurred Lines featuring Pharrell Williams and T.I.

We’re not going to lie, we are somewhat distressed that his latest single has also reached #94 in the Billboard Hot 100, because it’s a funky jam that embraces vintage funk/soul in a slick contemporary fashion – it deserves to be a hit. Sampling Marvin Gaye’s Got To Give It Up, Blurred Lines also features one of Pharell’s most addictive beats which fuses perfectly with Thicke’s charismatic sound and the track’s groove-infused backing vocals.

Unfortunately, even filling the music video with naked ladies hasn’t helped things – with the uncut video having been removed from Youtube. Boo Youtube, you prudes. Boo. Since the lyrics could be interpreted as misogynistic (‘OK now he was close, tried to domesticate you, but you’re an animal, baby it’s in your nature’ and ‘You the hottest bitch in this place’), we believe in the interest of fairness the video should be revised and Thicke and Williams should lose their clothes. Right, people? Right?

Blurred Lines is not available on UK iTunes but you can purchase it from Amazon.

EDIT: Blurred Lines is available now and it’s straight at the top of UK iTunes. Fancy that. Also since we’ve written this Blurred Lines has topped the charts in dozens of countries. Success!