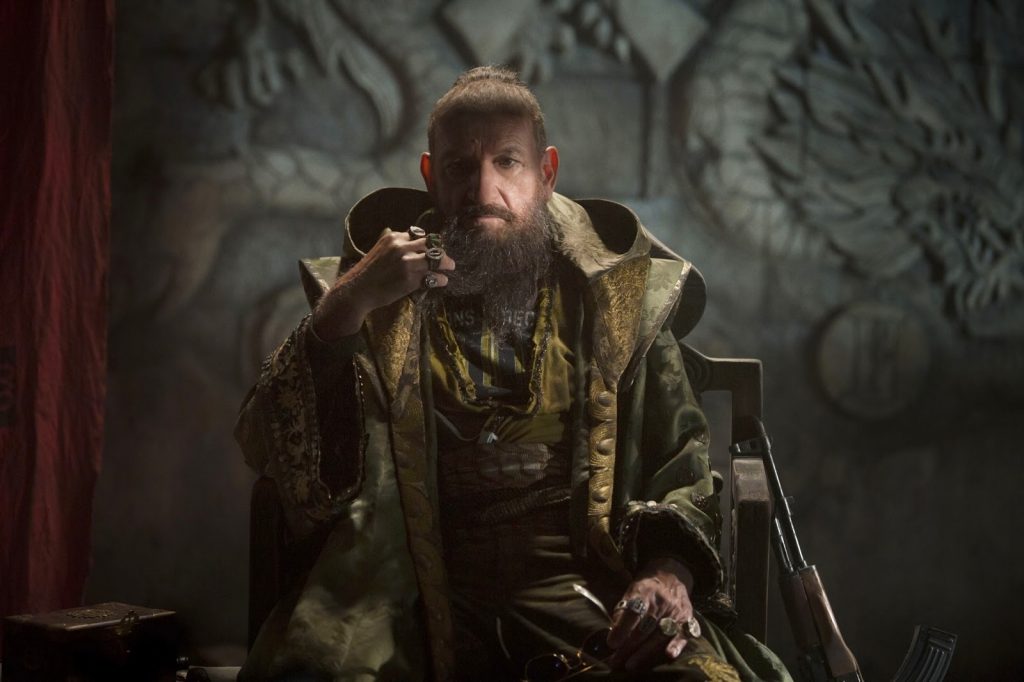 As someone who was underwhelmed by The Avengers and never a huge fan of the previous two Iron Man features, my expectations were reserved about the series’ third entry. I’d take the rich mythology of Thor or the simple heroics of Captain America over the shiny, AC/DC soundtracked Iron Man spectacles. However, with Kiss Kiss Bang Bang’s Shane Black at the helm, Iron Man 3 feels like a new beginning in a series which is starting to win me over.

In Iron Man 3, America is under threat from a middle-eastern terrorist known as The Mandarin (Sir Ben Kingsley). After Tony Stark (Robert Downey Jr.) makes a direct threat towards The Mandarin, he finds his home destroyed and has to go back to basics to take down the supervillain and his associates. However, the reappearance of old figures from the past make this even more of a challenge.

The driving force behind Iron Man 3 is Shane Black and Drew Pearce’s screenplay, laced with witty comic elements and engaging action set-pieces. Black and Downey Jr. are a match made in filmic heaven – with Downey Jr. bringing a quick-witted sarcasm and smugness to Black’s clever dialogue. Black’s action credentials (he wrote the Lethal Weapon and The Last Boy Scout after all) are also on full display here – the sheer spectacle of the destruction of Stark’s home is perhaps the most heart-racing moment in the Iron Man series. However, Black achieves a perfect balance – and this is arguably the most character-driven entry in the series.

The characterisation of The Mandarin must also be noted, Black portrays The Mandarin in such a sinister light – opening with terrifying terrorist ‘warning messages’ – filled with visceral, disturbing war-centred imagery and thudding sound effects. This is furthered through a truly ferocious turn from Sir Ben Kingsley, who truly steals the show here. However, in the world of Shane Black, nothing is as it seems – which is all that will be said on that matter.

The conclusion may feel somewhat lacking in ‘spectacle’ however, failing to match the weight of some of the previous action scenes. This sees Stark and Iron Patriot (Don Cheadle) battle with the film’s villain and his henchmen aboard an oil rig – however, never ultimately lives up to the powerful destruction of Stark’s home in the film’s first segment.

Black assembles an outstanding cast for the feature, lead by Downey Jr.’s usual excellence and comic might. Stark is a changed man in Iron Man 3 – shaken by the trauma of the events of The Avenger’s conclusion, providing an alternative angle to the normally solid Stark. This may feel somewhat uninspired but Downey Jr. is convincing enough to make it work for the most-part. The character of Pepper Potts is given an increased fieriness and energy – with Iron Man 3 even allowing Gwyneth Paltrow to don the Iron Man suit. However, it is Sir Ben Kingsley and Guy Pearce’s villainous turns that are likely to be the main-talking point of the feature – with both actors chewing the scenery with a real sense of comic book villain vigour.

Iron Man 3’s focus on witty comedy over excessive action proves a solid move – furthered by some truly inspired casting. There is enough action spectacle to keep Marvel fans enthused, even if it does wane in the film’s conclusion.