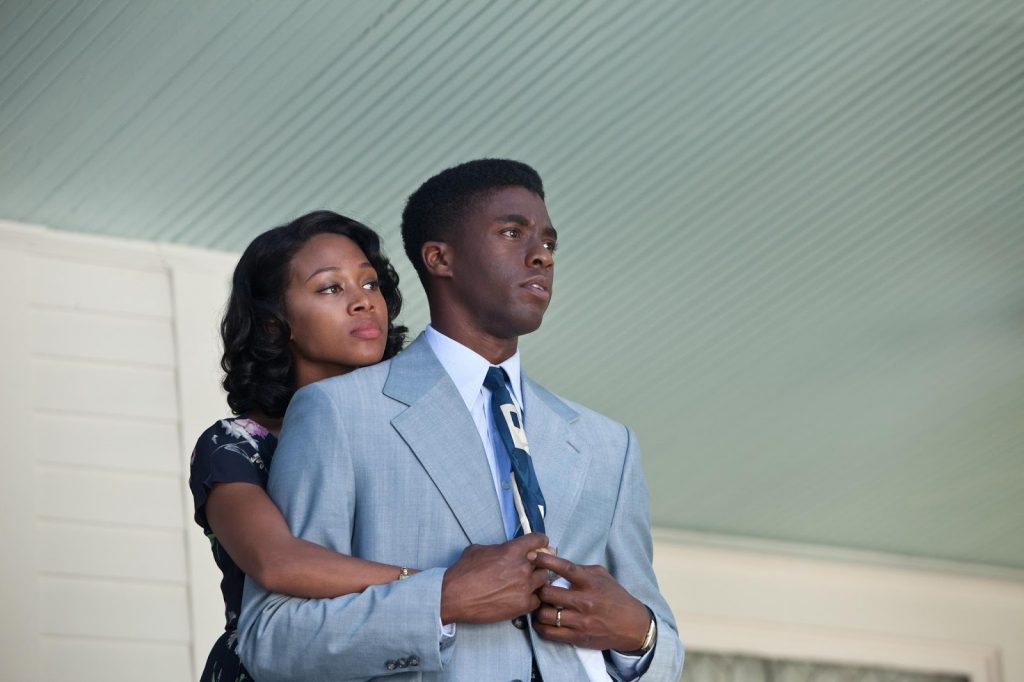 Brian Helgeland’s Jackie Robinson biopic, 42, looks set to slip under the radar of British audiences despite topping the US box office back in April. Whilst it does boast several endearing qualities, it ultimately feels like a safe, sugar-coated account of one of the most influential events in American baseball.

Despite teasing some interesting themes about racial prejudice in the sport, Helgeland’s narrative feels like far more of a sickly-sweet ode to baseball rather than the courage of Robinson. We do see Robinson encounter racism but this ultimately is brushed off by rousingly sentimental baseball sequences presented with a blanket of cuddly nostalgia. Whilst this makes a pleasant enough watch it does somewhat feel like Helgeland is playing it too safe.

Despite its lack of edge, 42 is shot with a slick professionalism and likely to be regarded as another sports film that will be enjoyed by those that have no interest in sports. Helgeland’s tale may feel somewhat shallow but it is a challenge not to be carried away by the sweeping emotion and inspiring narrative of 42. Fortunately, Chadwick Boseman and Harrison Ford add an earnest sense of humanity and realism to the feature.

Ford brings an expected grouchiness to Branch Rickey, yet fills the role with an underlying sense of warmth and good-heartedness. However, this is Boseman’s film – he presents Robinson as strong and resistant in the face of adversity and prejudice. It is occasional moments of vulnerability that truly allow Boseman to shine whilst packing 42 with a strong emotional punch.

42’s oozing nostalgia and sickly-sweet nature may result in a lack of edge, yet Helgeland’s film remains inspiring through its well-shot baseball sequences and strong performances from Boseman and Ford.