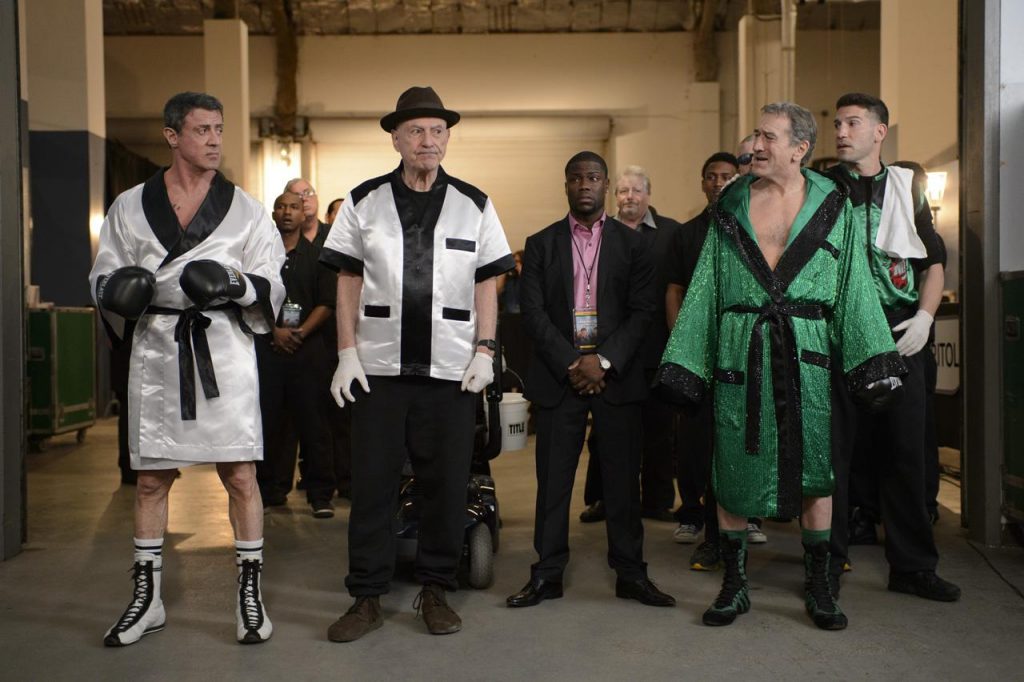 The film follows two boxing rivals who come out of retirement fifty years after their last match in order to settle and old-feud. Expect plenty of old jokes, gurning, and references to manboobs.

Like many, we’ll be intrigued to see the pairing of Stallone and De Niro and just hope that Peter Segal’s (Get Smart) film is up to their talents. If the trailer is anything to go by Grudge Match looks like moderate fun with Kevin Hart and Alan Arkin taking on most of the film’s comedy. You can also expect lots of emotional stares from Kim Basinger.

Grudge Match hits US cinemas on Christmas Day 2013, followed by a release in the UK and Europe on the 24th of January 2014.