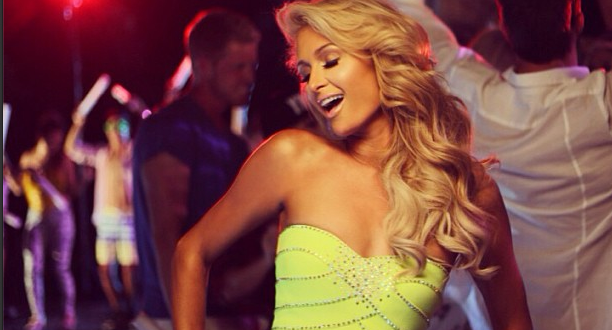 Paris Hilton’s 2006 debut album was nothing short of a pop masterpiece (just check out All Music’s 4.5/5.0 review if you don’t believe me). Boasting such hits as Stars Are Blind (which reached No. 5 in the UK!) and Nothing In This World (a Turkish No. 3 smash, no less) – proving all those that say the Hilton heiress has no talent completely wrong.

Apart from leaks of the occasional demo like the flawless social critique Jailhouse Baby and avant-garde dance masterpiece Drunk Text – Paris has been absent from the music scene. After teasing her much hyped return throughout 2012 and 2013 – Paris has unveiled a snippet of her comeback single Good Time.

Good Time sounds like an anthemic slice of dance-pop that further proves the former Simple Life stars musical prowess. The snippet also showcases some of Paris’s dazzling lyrical genius featuring such lines as “Are you having a good time? Cause I’m having a good time.”

We are so glad Ms. Hilton is back with a fresh sound. Good Time is released under Cash Money Records, it goes on sale on October the 8th.  You can hear a clip below.