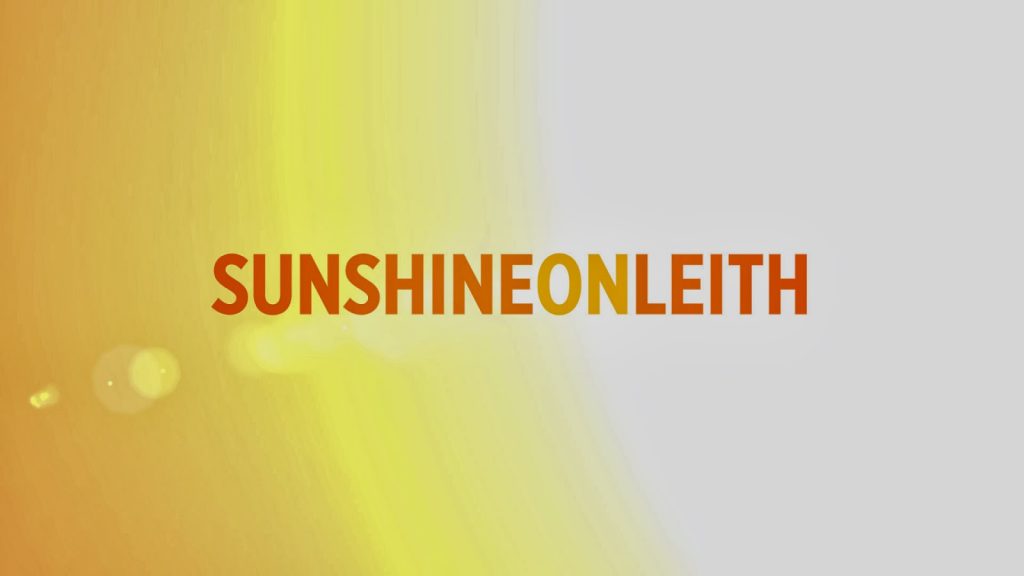 Following the well-received Wild Bill, Dexter Fletcher is back behind the camera for Sunshine On Leith – a Scottish musical adaptation of Stephen Greenhorn’s stage musical featuring the hits of The Proclaimers. Whilst there is some fun to be had the film’s gooey sentimentality and Scottish soap-opera style narrative can be somewhat off-putting.

Fletcher directs this tale with bucket loads of energy and vibrancy, truly showcasing the beauty of Scotland’s capital city, which doesn’t get the big screen treatment nearly often enough. The majority of the musical sequences are brimming with fun – with standouts including Jason Fleyming’s chirpy rendition of Should Have Been Loved and the riotously fun Over and Done With. However, the lack of this reviewer’s personal favourite Proclaimer’s hit, Lady Luck, is upsetting.

However, when we take a step back from the musical sequences Sunshine On Leith can feel a bit like a below-par soap opera – a big screen River City perhaps? Plot developments feel shoehorned in so as songs fit with slightly more ease with a narrative containing a variety of uninspired emotional subplots – most of which feel superficial and over-bearing. Every single character has some form of relationship problem, not to mention that there are heart-attacks, a multitude of break-ups, and amputee soldiers – most of which feel like an easy method of tugging at the old heartstrings.

However, these subplots, in particular Rab and wife Jean’s (Jane Horrocks) marriage problems do result in some stand-out performances. Horrocks is downright loveable – showcasing a natural warmth and charisma – as well as a standout acting talent. Peter Mullan also delivers what feels like a raw and stripped back performance as Rab – a man whose current happiness is challenged by a past decision.

Sunshine On Leith delivers a lot of light-hearted fun in its chirpy musical moments. Fletcher directs this tale with a playful energy and showcases a real beauty in Edinburgh. However, the film’s tendency to focus on cheap-melodrama results in a watch that feels like the unwanted lovechild of River City and Glee.

You can read my original review on The People’s Movies.